The Italian Amedeo Modigliani had his life cut tragically short in part due to his extremely unhealthy behavior, which led to a complication to an already dangerous case of tubercular meningitis. But what sets Modigliani apart from his starving and drug abusing artist peers is the impact he had on the life of others, more specifically of the subject matter of this painting: his common-law wife, the French artist Jeanne Hébuterne. Being the accomplished portrait artist that he was, Modigliani dedicated much of his energy to painting the beloved mother of his only child, and for much of his career, the development of his artistic style can be tracked through observing the many depictions of Jeanne produced through their relationship.

In this oil on canvas, painted in 1918, in a burst of productivity that had Modigliani paint close to a dozen portraits of Jeanne, we can see the early stages of the developmental cycle that took place that year, throughout which we can see some of the characteristics for which Modigliani would, eventually, become famous. Now in possession of hitherto anonymous Israeli collectors, the painting belongs to a group of what could be considered studies of style, very possibly produced in the same modeling session, since Jeanne is wearing the same clothes in all of them, with variations of the way her hair is worn and the way in which she poses.

These works seem to be trying to accomplish two distinct objectives: one, that is to explore Jeanne’s beauty from a variety of viewpoints, each one focusing more or less on a different feature or characteristic of her mien; and second that in them Modigliani gradually injects more and more elements of his style, deforming Jeanne’s face and body bit by bit until she becomes less French woman and more West African or Cycladic mask. Within that range, this work stands at the very early steps, being more descriptive of the model, although to say that it is more faithful to her appearance would be to ignore the artist’s sensitivities.

More importantly, the painting, like its peers, is a testament of a passionate man. And that passion is no unrequited, for Jeanne was just as madly in love with the father of her child, and a little bit of that love comes through in the way that her eyes are portrayed here, lovingly gazing out of the canvas.

If you have any request to alter your reproduction of Jeanne Hebuterne, you must email us after placing your order and we'll have an artist contact you. If you have another image of Jeanne Hebuterne that you would like the artist to work from, please include it as an attachment. Otherwise, we will reproduce the above image for you exactly as it is. 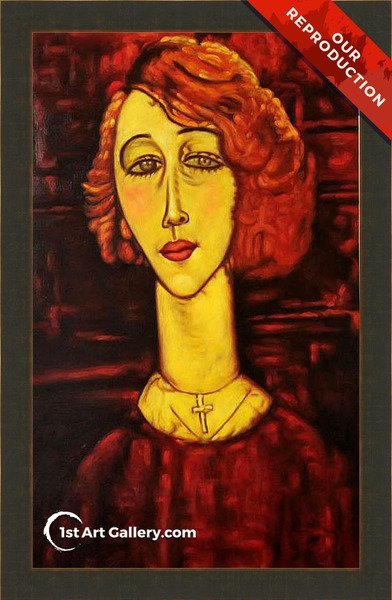 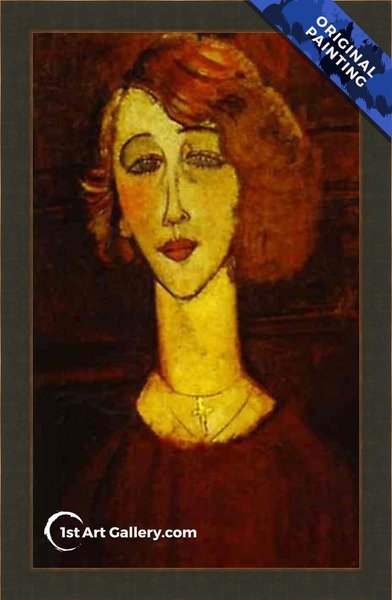 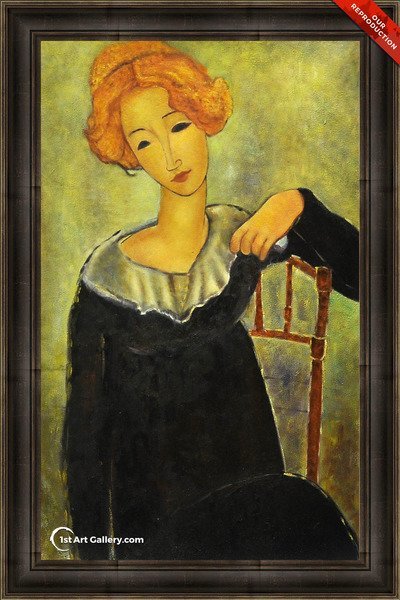 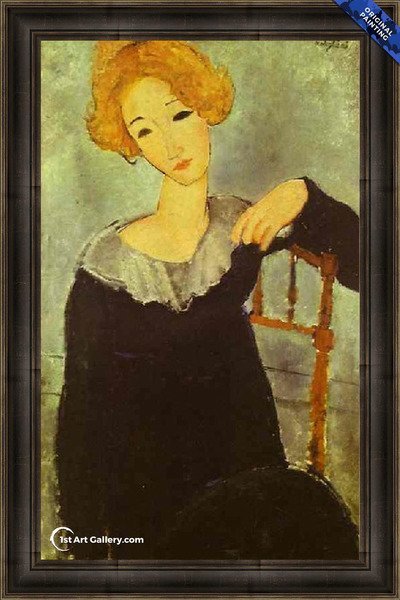 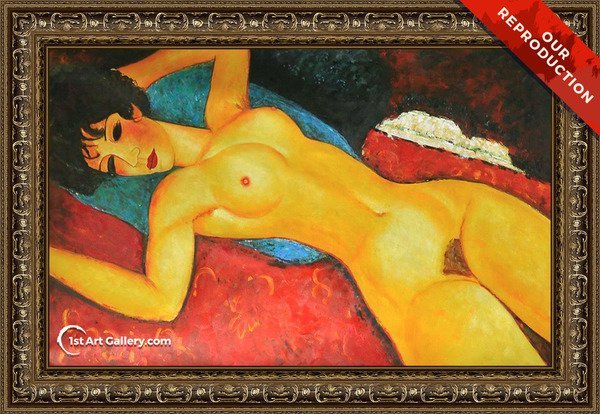 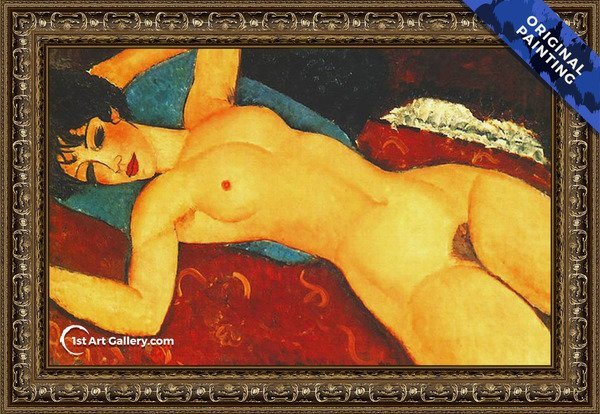 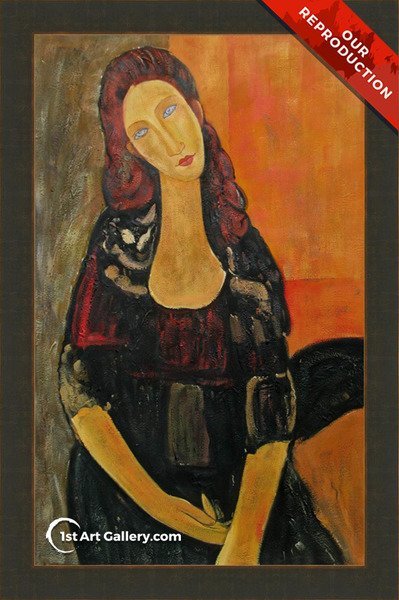 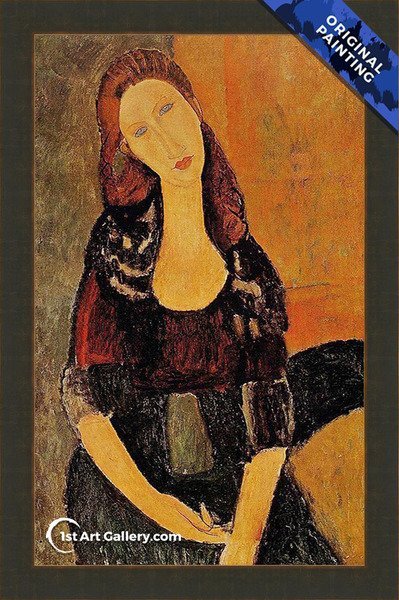 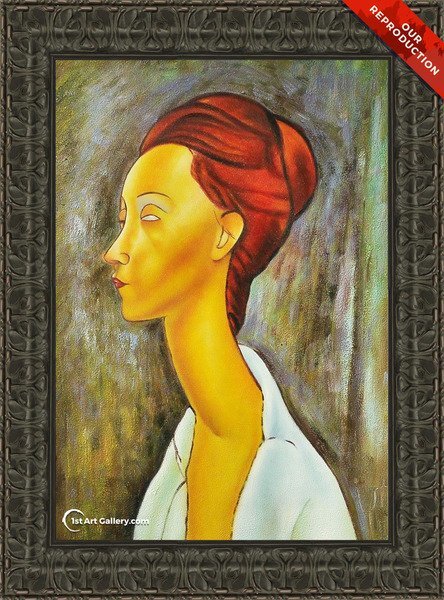 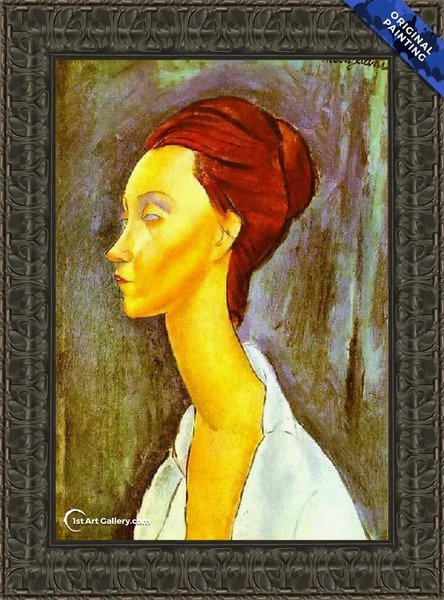 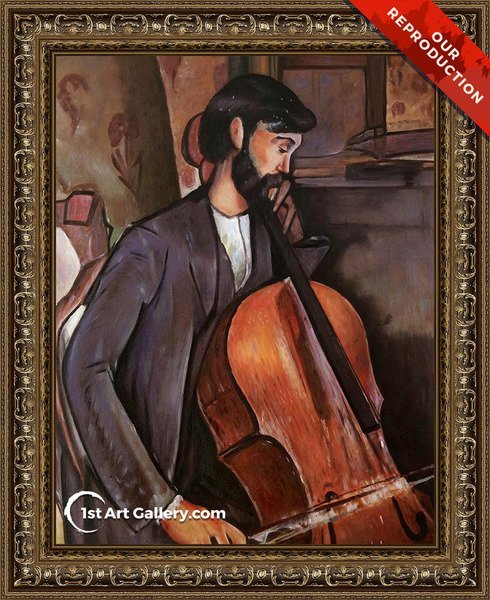 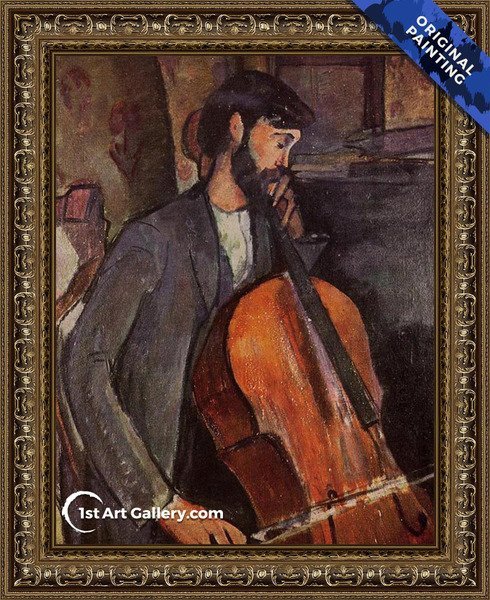 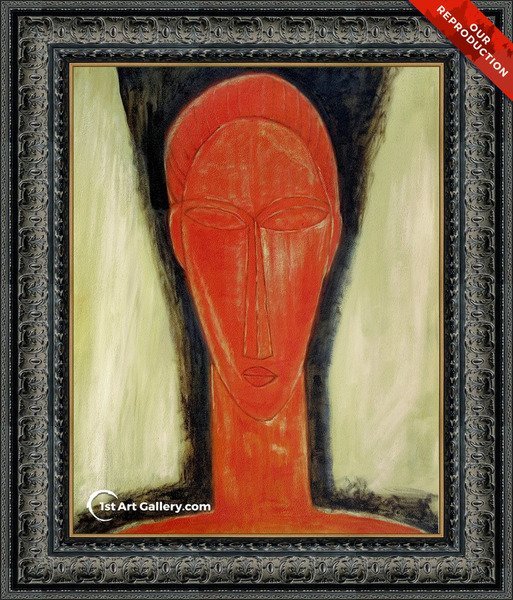 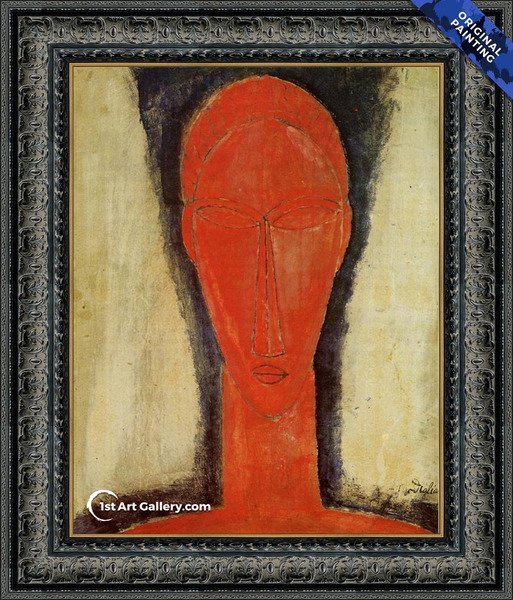 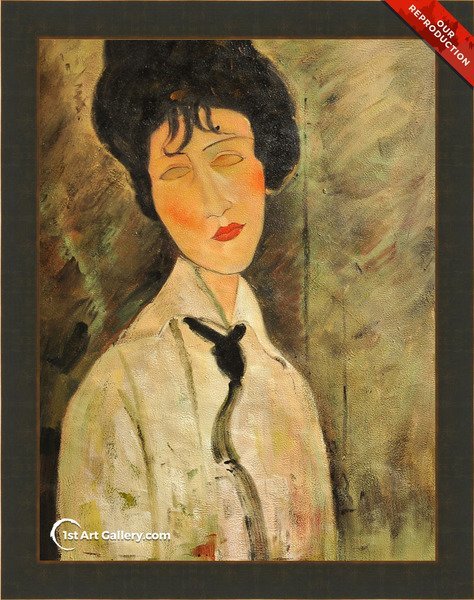 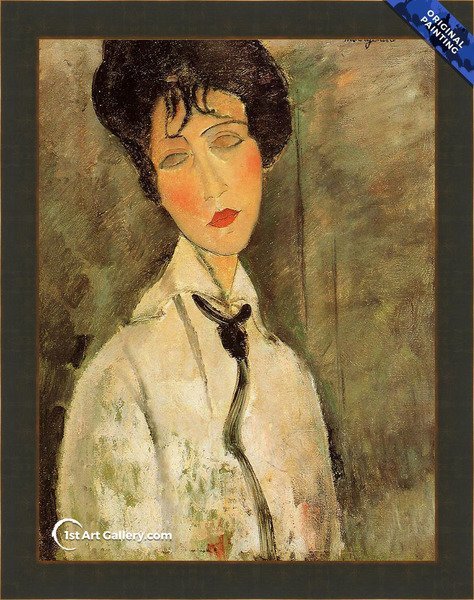 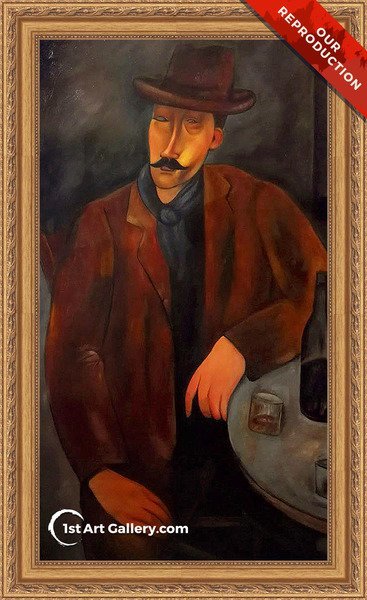 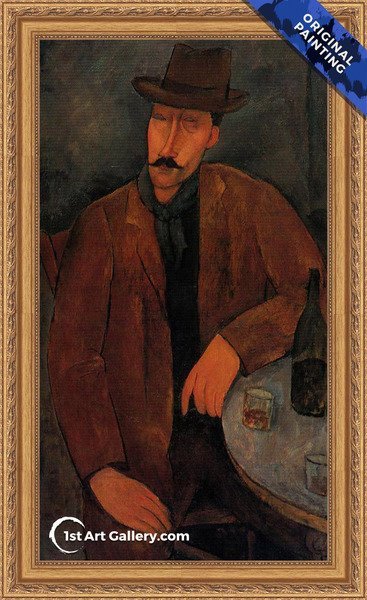 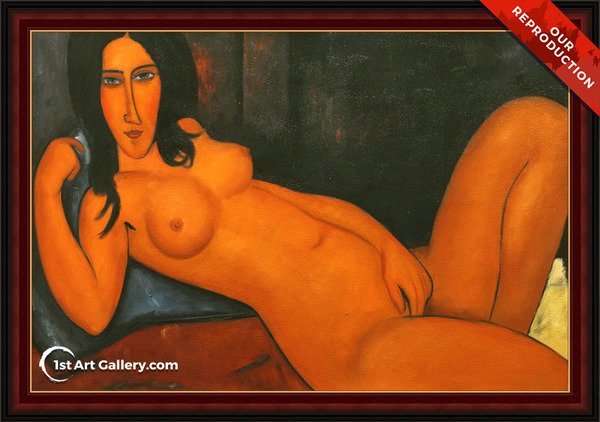 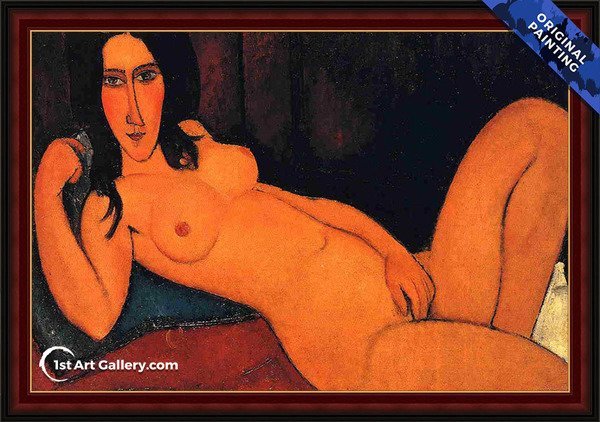