Claude Oscar Monet's Argenteuil (Red Boats), painted around 1875, captures a scene of seemingly static fishing boats bobbing on the Seine, some ten kilometers from Paris. This fleeing hint of movement plays but a minor role in a canvas dominated by the variations of light, texture, shading, and surface. Following the outbreak of the Franco-Prussian War Monet fled to London with his partner Camille where he took the opportunity to study the romantic landscapes of Joseph Mallord William Turner and John Constable whose innovative use of color would significantly influence Monet upon his return to France. In 1872, the artist moved to Argenteuil a quaint and picturesque town, even by the mostly rural standards of the late 19th century. A huge contrast from life in London, which many said visiting from Paris was like traveling thirty years into the future, the Impressionist voraciously studied the natural shifts in mood, tone, and shade in the French countryside.

During his four years in Argenteuil, Monet was joined by his close friends Pierre-Auguste Renoir, Édouard Manet and Alfred Sisley and together the group forged the Impressionist style in a period of frenetic artistic activity in the small town. During this time Monet developed his characteristic style by studying, observing and creating experiential reproductions of the effects of sunlight on water. Argenteuil (Red Boats) may well have been captured from his boat-studio, as the rusty and sharply colored ships sat in stark contrast to the lush shades of the water and sky and the verdant expanse of the surrounding fields. The artist's chromatic reproduction of this idyllic scene, the subjects and objects are almost irrelevant—the true subject is light, spatiality, and the natural world. While the sight of easel-balancing hobbyists in the countryside is now very common, Monet's outdoor creative activity triggered an artistic revolution.

The Impressionist painting Argenteuil (Red Boats) portrays a typical daily scene, a modern-day subject. Monet’s lively brush strokes give life to the water and sky of this quiet scene. There are not many clouds in the sky – the ones he did depict are small and gathered on the top right corner. The sky close to the horizon is almost white, and with visible brush strokes and in a gradient manner, it turns into dark blue while reaching the edge of the canvas. Monet depicts some orange colored houses, along with tall trees on the left, and many sailboats on the right. 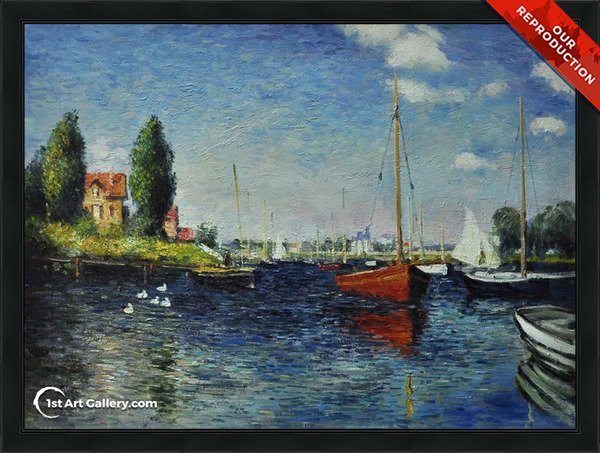 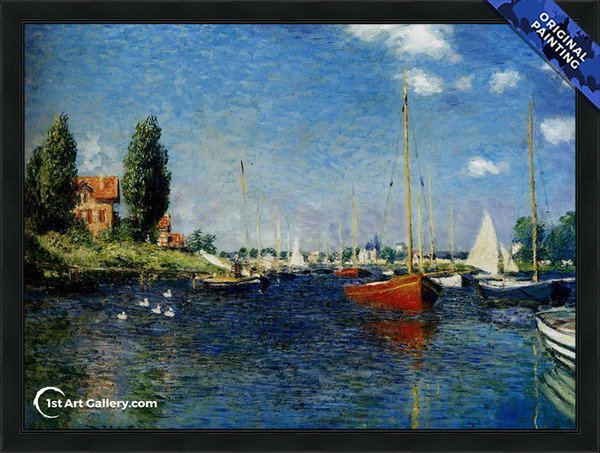 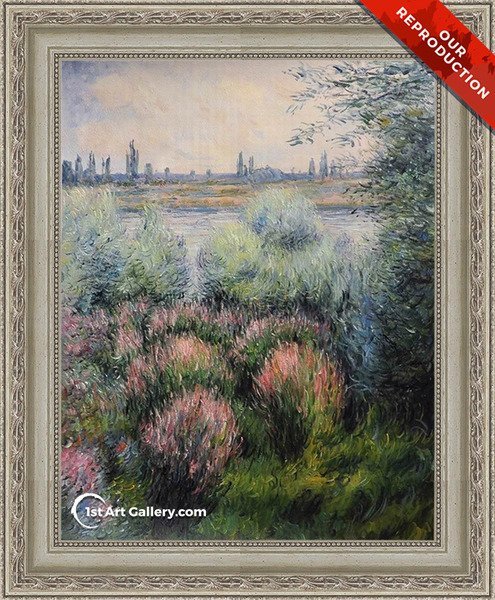 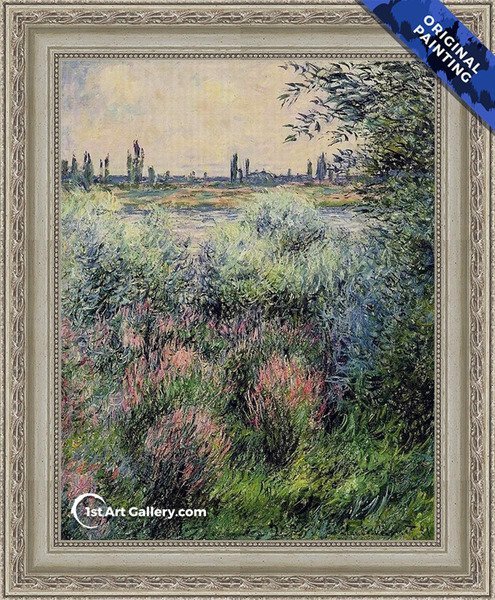 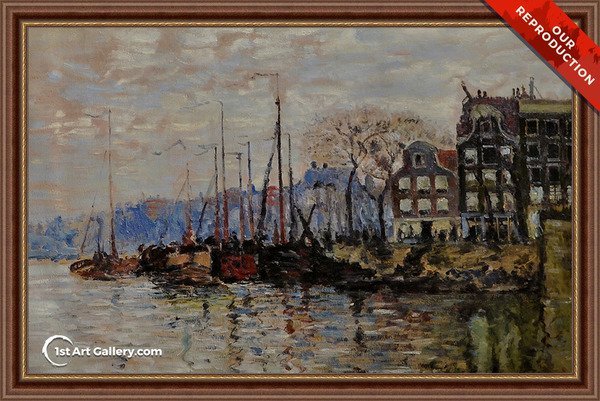 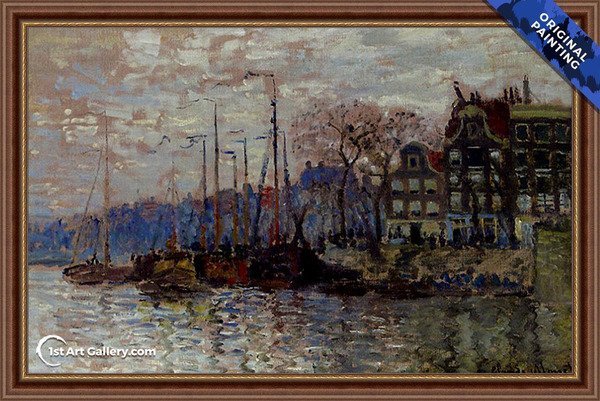 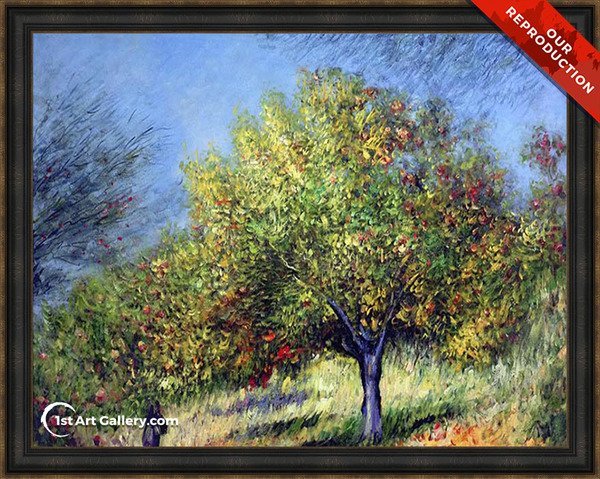 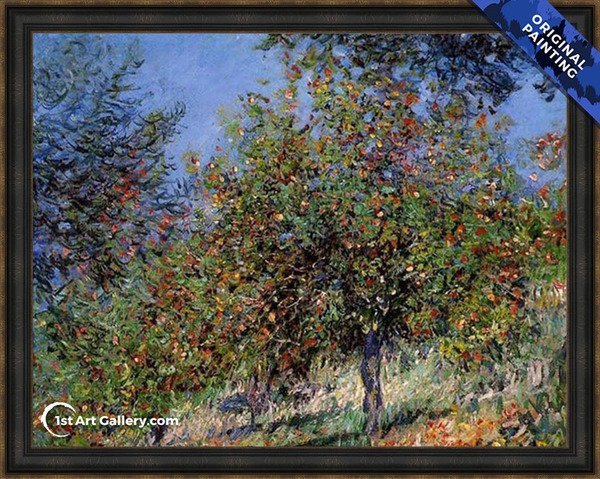 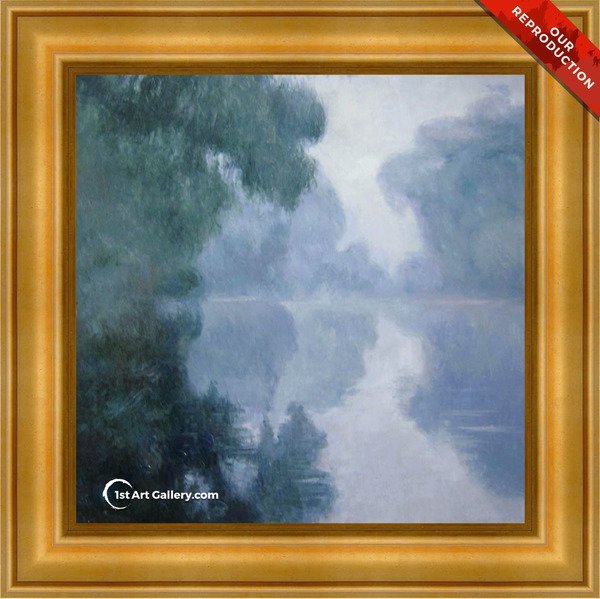 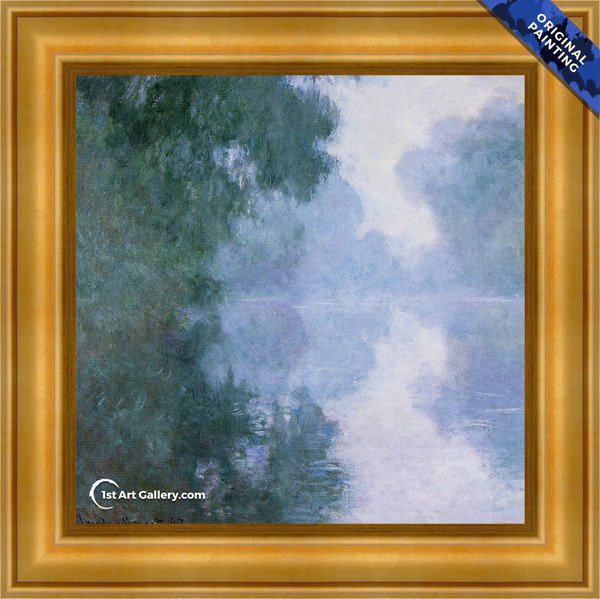 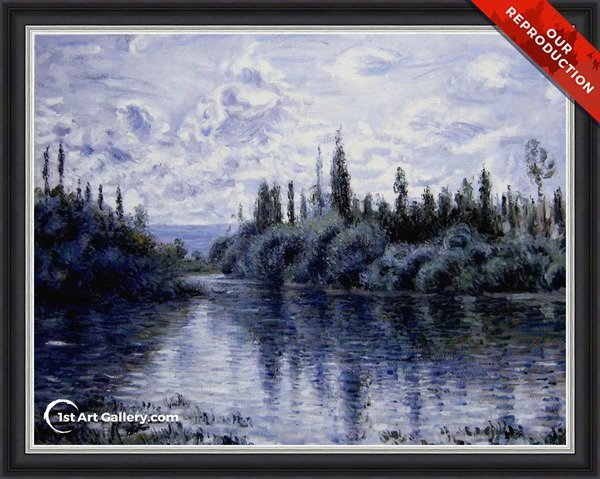 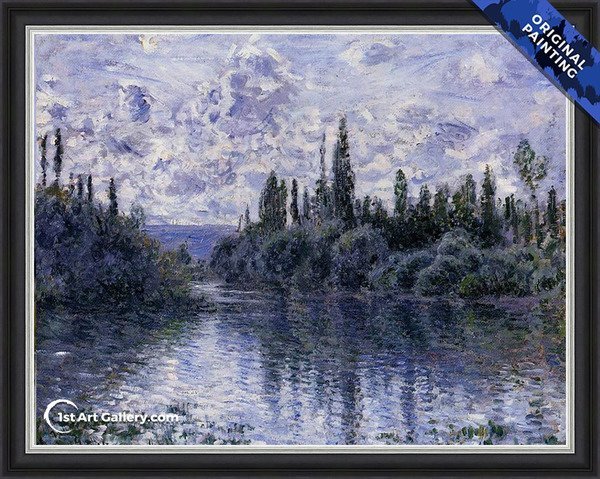 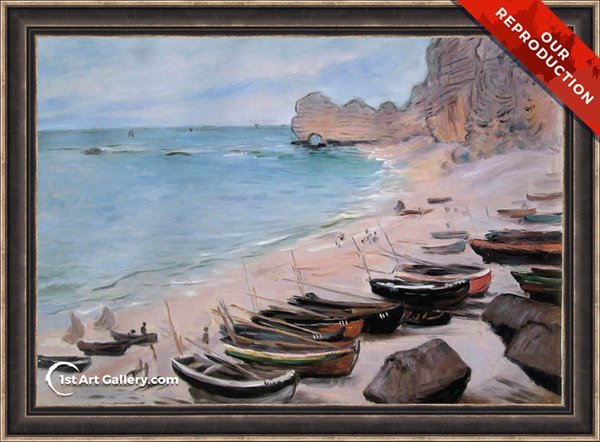 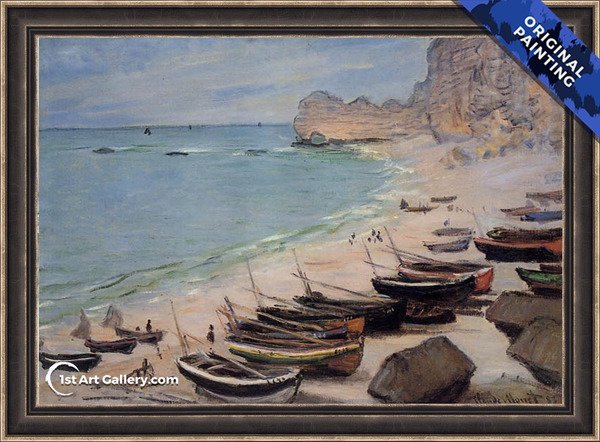 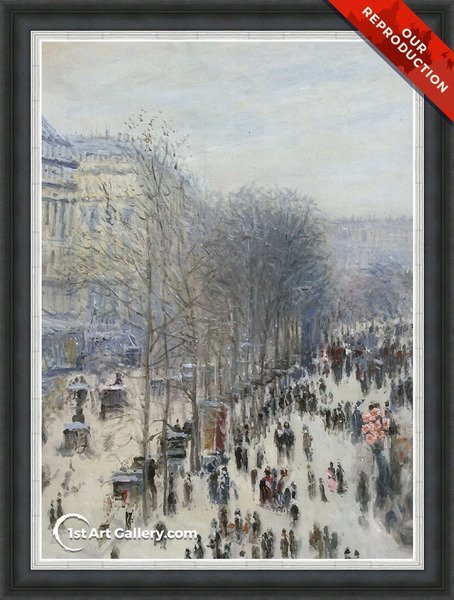 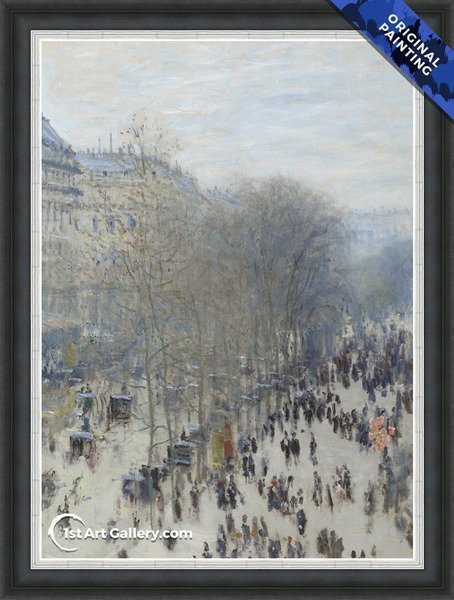 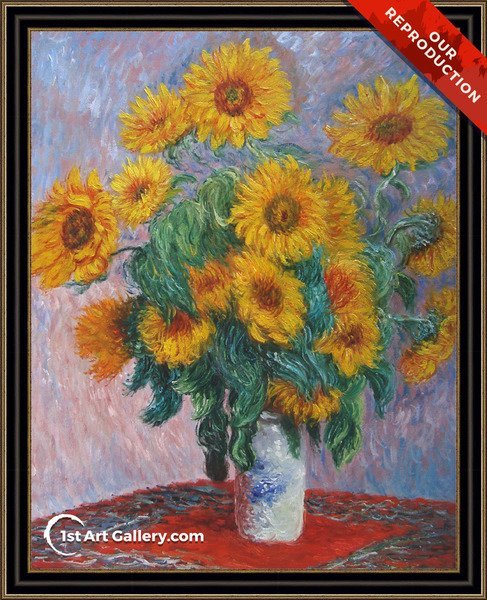 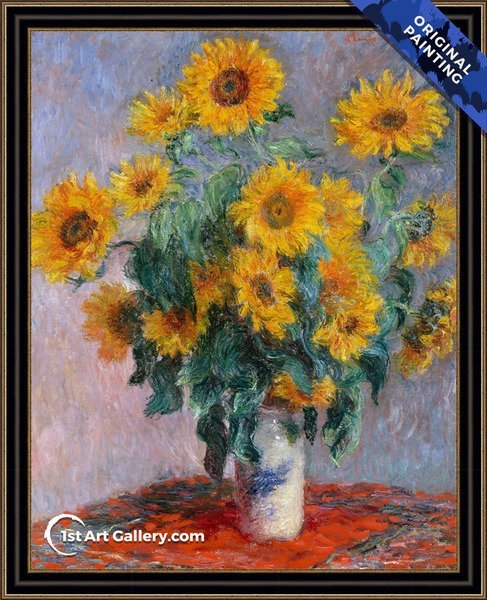 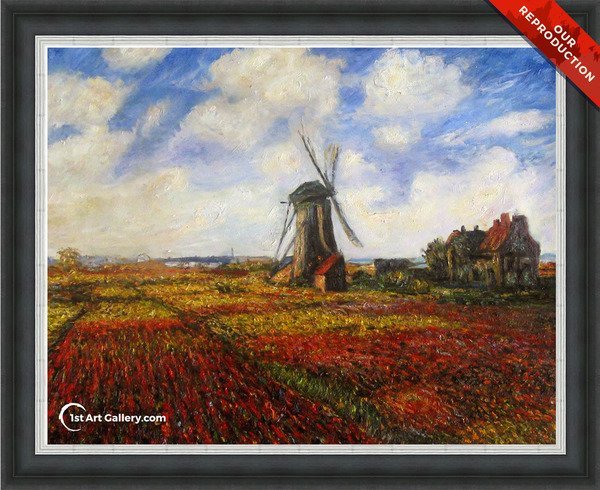 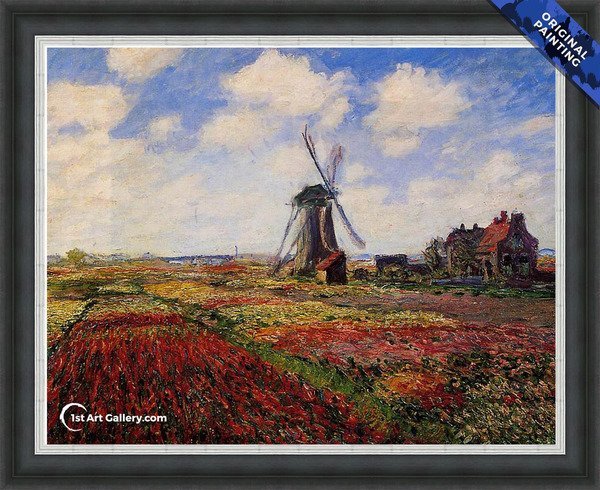