Even if Edgar Degas is most famous for his many depictions of ballerinas, some of his best work was in other subject matters, although the influence of his many studies on the dancers can be noticed in those other paintings. The ways in which the artist worked with light, color, and movement, the way in which his craft evolved throughout his career, despite his loss of sight in the later years, can all be traced back to the diligent work he developed on the ballerinas over the years.

In this oil on canvas from 1884, now in possession of private collectors, Degas portrays a group of jockeys, all formally dressed for the activity, preparing themselves for a cross-country race over the hills and fields which frame the painting. In the horizon, the hills take on a blueish hue, blurring themselves with the grey skies, which in a way contrasts with the warm tones that surround the riders. There is a specific literal character to the rendering, a reality to it, which, ironically, adds contrasts and incongruencies to the painting that make it look slightly unreal. It is not rendered in a way in which one would remember it, but more in a way which one would see it.

The colors are lively, yet the riders easily meld into the background, affected by the same yellow hue. The aspect that differentiates the riders from the background the most is the movement, the uneasiness in their poses, the angles that break the regularity of the landscape, creating jagged verticals and diagonals against the horizontality of the hills and fields. That is not to say that the scene is static, either. Due to Degas’ dynamic brushwork, the landscape gives the impression of a windswept terrain, ever-changing under the influence of the weather.

Ten years later, Degas would produce an almost identical version of this painting in pastel on paper, which is now in the Museo Nacional Thyssen-Bornemisza, in Spain, although the differences between this piece and that are glaring, especially in what concerns color. Even though it is produced in a more demure media, in the remake the riders jump off the landscape, which is itself more lively and relatable. That change has been related by experts to Degas’ purchase of the painting The Moon and the Earth, by Paul Gauguin in 1893, which is said to have greatly influenced Degas’ style.

If you have any request to alter your reproduction of Racehorses I, you must email us after placing your order and we'll have an artist contact you. If you have another image of Racehorses I that you would like the artist to work from, please include it as an attachment. Otherwise, we will reproduce the above image for you exactly as it is. 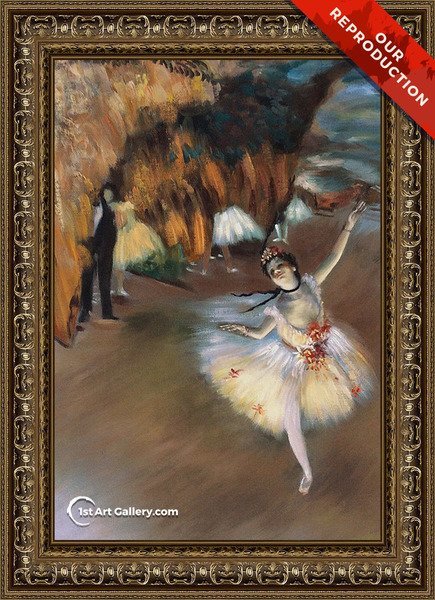 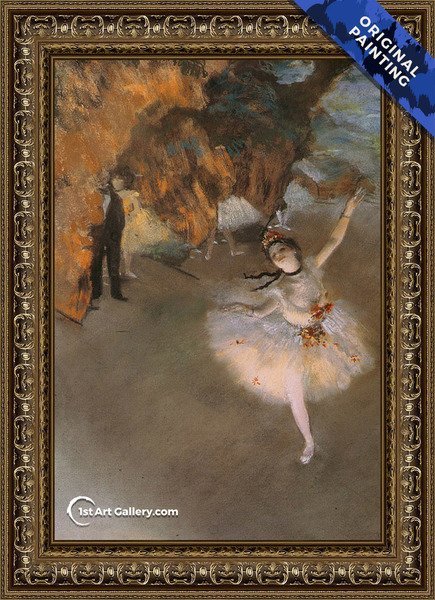 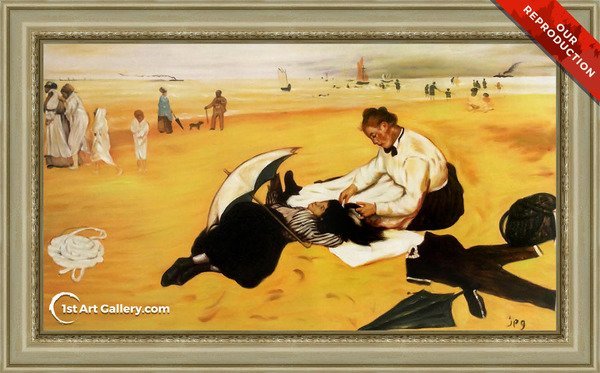 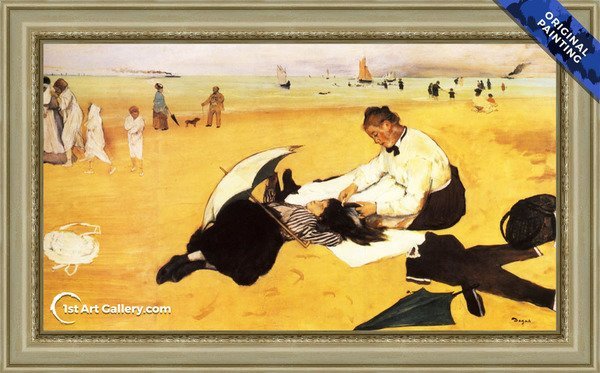 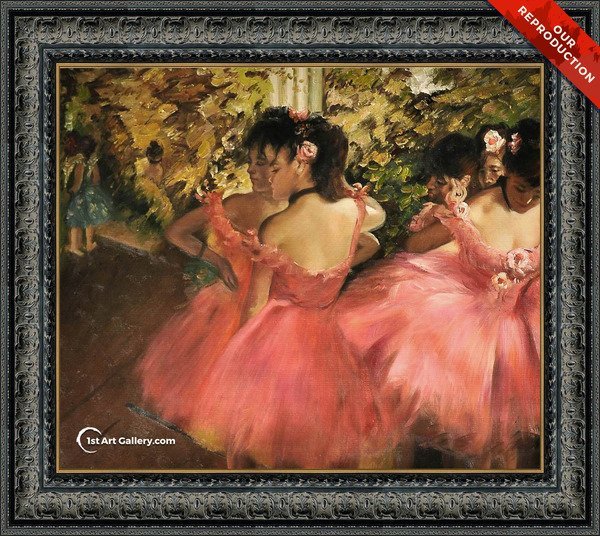 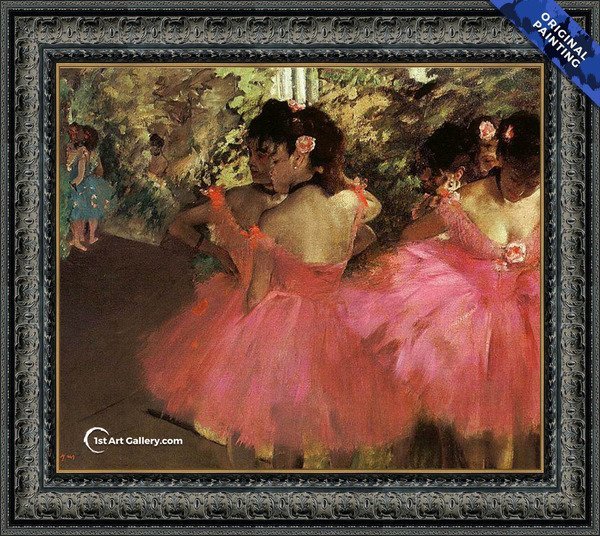 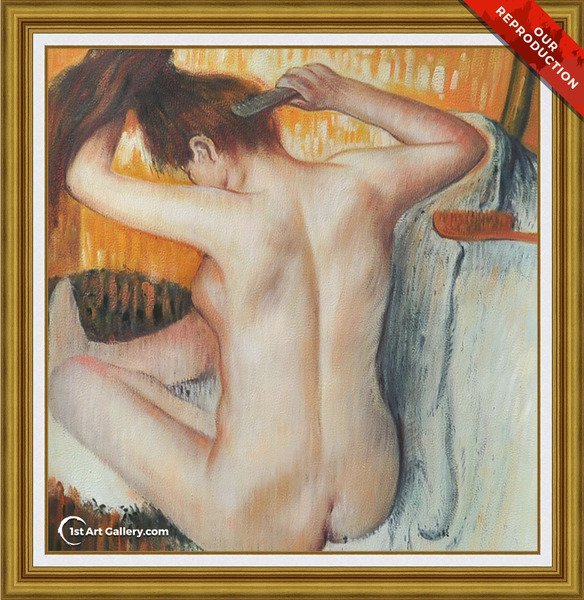 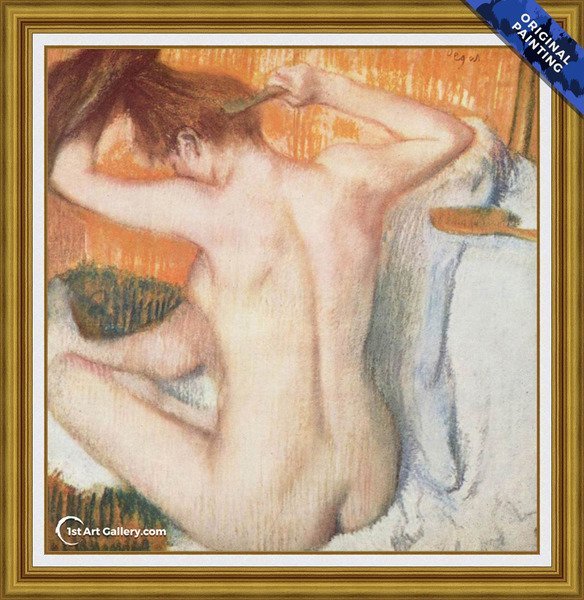 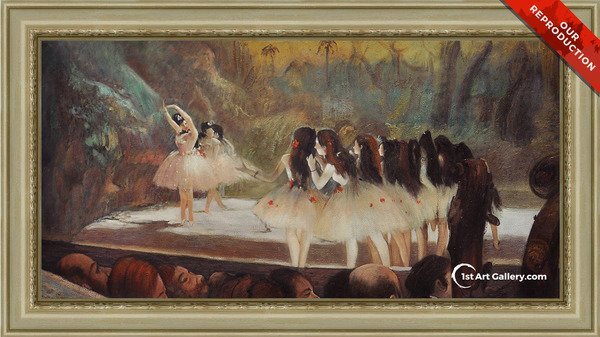 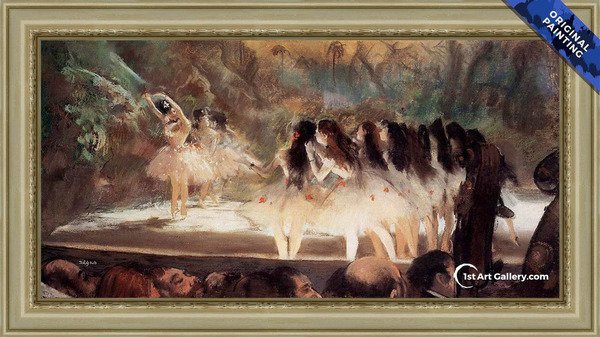 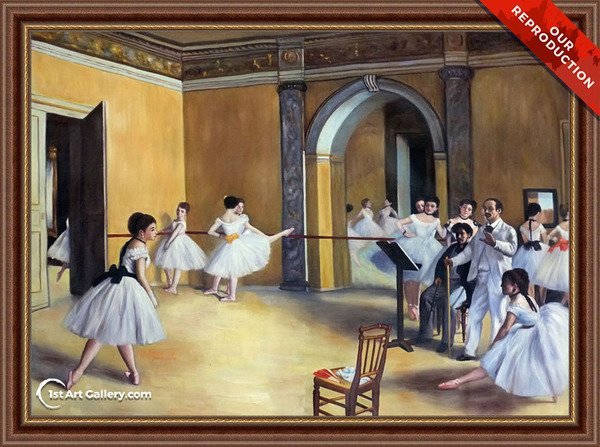 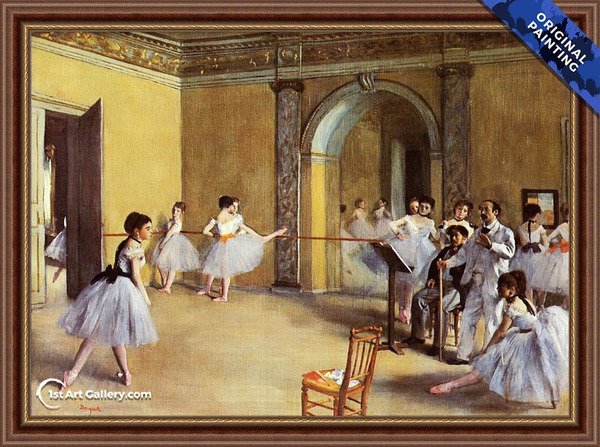 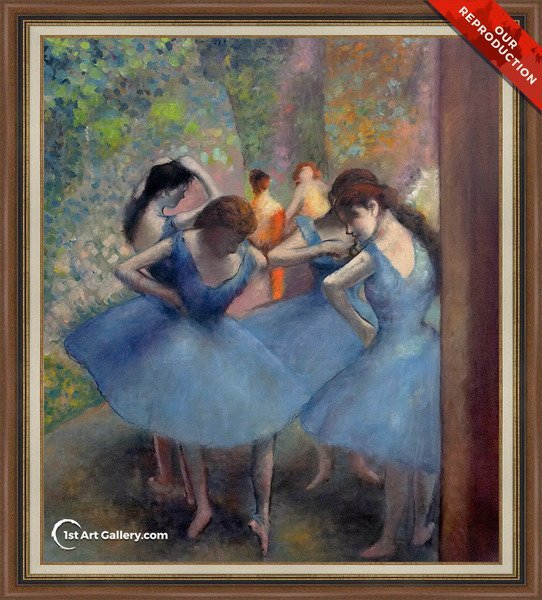 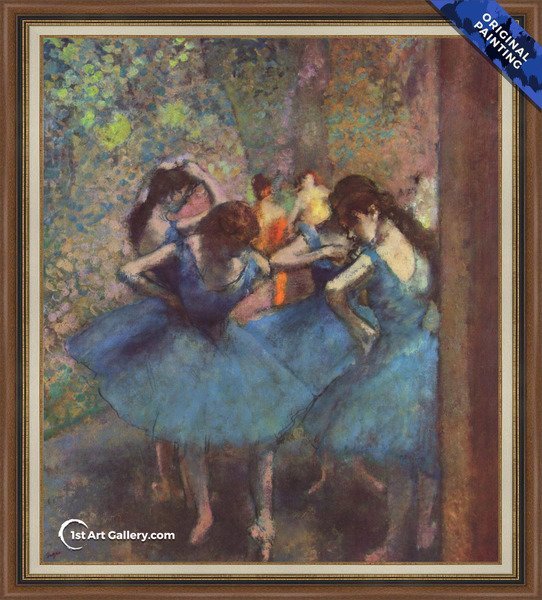 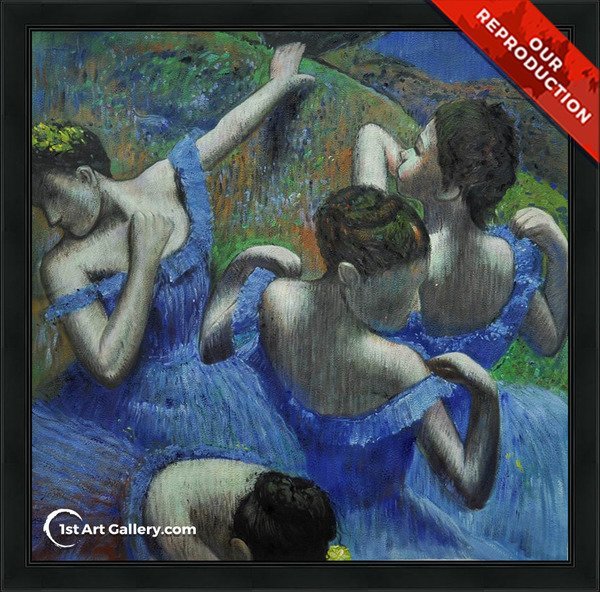 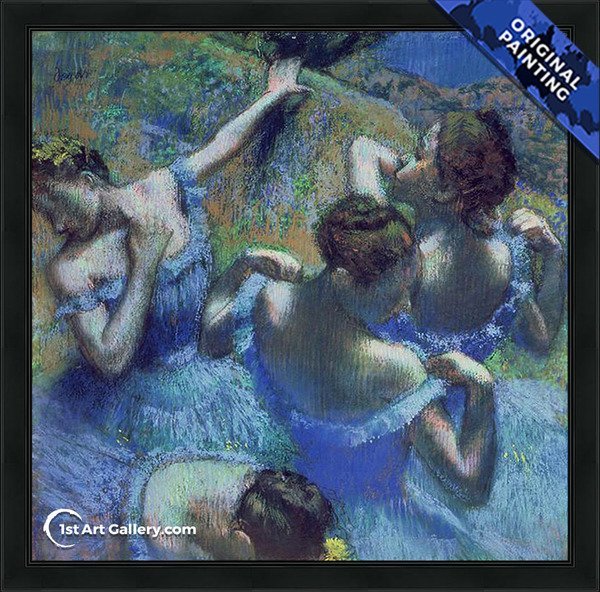 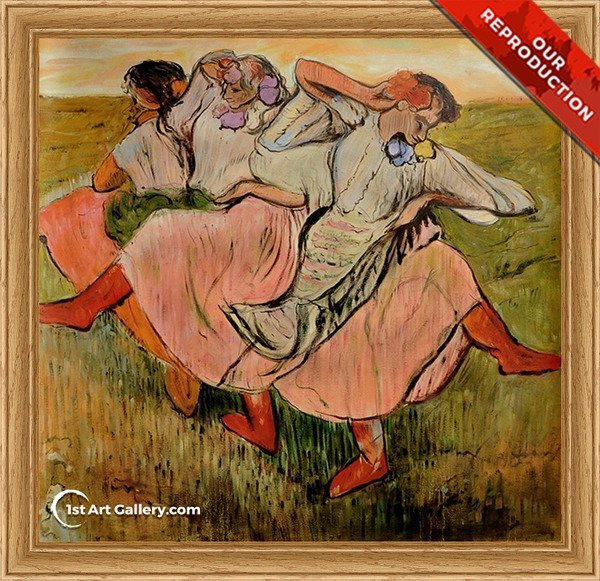 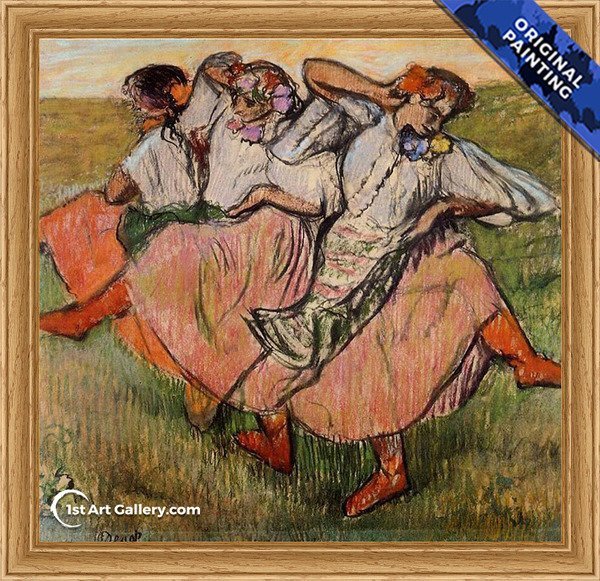 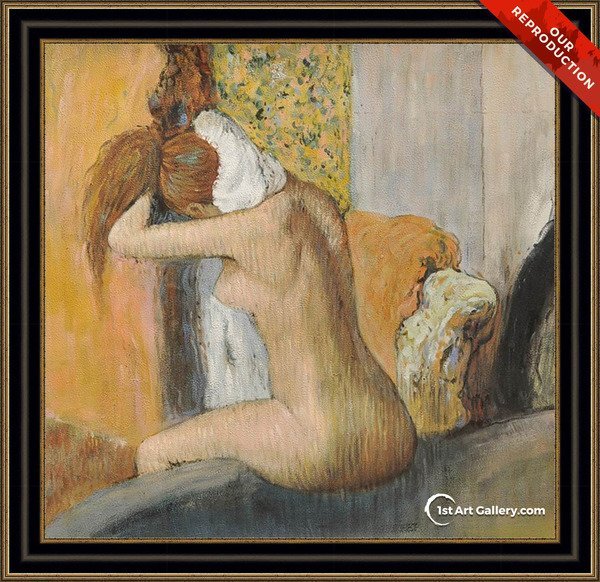 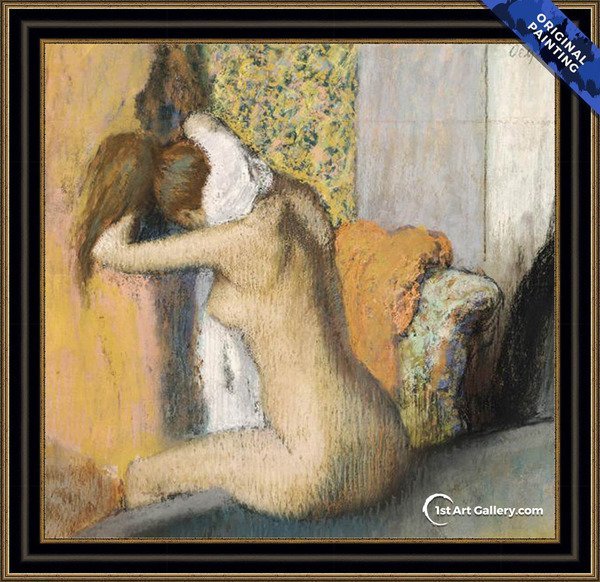