Highly renowned for his depictions of cowboys and frontiersmen that had such a lasting effect on the popular imagination, Frederic Remington would also, on occasion, venture into more diverse choices of subject matter. In the early days of his career, that would mean painting cavalry officers of many different nationalities, evolving to battle scenes as he became better established as an artist. His depictions of battles, famous or otherwise, would prove highly influential on the public reception of the events, to the extent that they would help shape public opinion of events contemporary to him.

In this 1898 oil on canvas, Remington portrayed what for him was a current event of high relevance: the Spanish-American War, a short and violent conflict that took place for three months in that same year. Because of his proximity to the then police commissioner of New York City, Theodore Roosevelt, who would end up leading troops in the conflict as a Colonel, Remington was sent to Cuba, where the conflict took place, as a correspondent and illustrator in the service of the New York Journal. The proximity to the action, along with the cruel realities of jungle fighting and the deprivations suffered in camp by a somewhat overweight Remington, would shatter the artist’s glorious conception of war with which he had previously portrayed the American Civil War.

In this erroneously named scene, Remington portrayed the 1st U. S. Volunteer Cavalry, nicknamed Rough Riders, in what would have been their heroic charge up San Juan Hill in one of the most critical battles of the short conflict, except the Rough Riders had charged up a different hill, Kettle Hill, with extensive support of several Gatling guns, a type of primitive machine gun. Although they were a cavalry regiment, the Rough Riders were forced to fight on foot in Cuba due to the logistics problem of taking their horses to the island. Leading the troops on horseback is Theodore Roosevelt himself, looking heroic and bold.

The Battle of San Juan Hill was probably the decisive moment of the war and one of the hardest fought encounters, even though the Americans outnumbered the Spaniards roughly fifteen to one. It happened due to a tactical mistake on the Spanish General Arsenio Linares, who left the strategic position weakly garrisoned, providing the Americans with a chance at breaking through his lines. 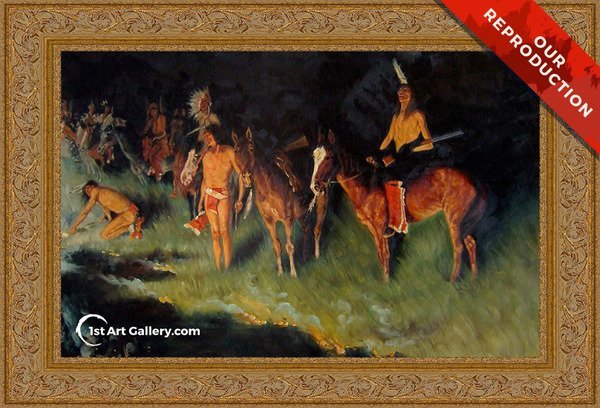 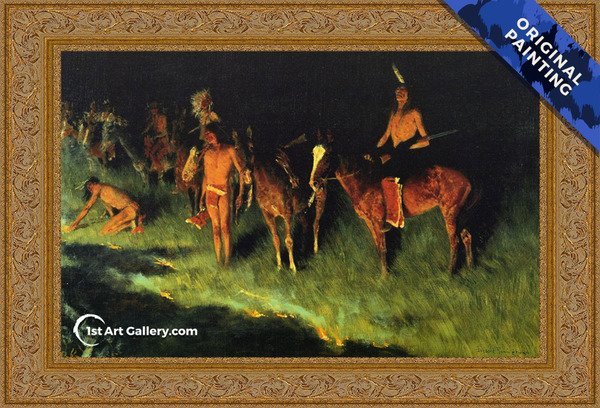