Having been instrumental to the construction of the cowboy persona and myth, Frederic Remington often went beyond the task of depicting the European settlers of the North American West. Due to his close connection to political personalities like Theodore Roosevelt, Remington often produced paintings of purportedly heroic episodes of then-recent American history, selling the point of the cowboy’s bravery and heroism.

In this 1896 oil on canvas, for example, Remington depicts a somehow polemic episode of the history of Mexican-American relations, the Mier Expedition. Taking place during the period when the state of Texas had achieved independence from Santa Anna’s Mexico as the Republic of Texas, between the years 1839 and 1845, the Mier Expedition was part of a group of raids by Texain militiamen on Mexican soil as punishment for Mexican advances on the strip of land between the Rio Grande and the Nueces River in clear breach of the Treaty of Velasco, which had given Texas its independence.

In an attempt to gain control of the area between the rivers, Santa Anna’s men had been undertaking a number of successful raids on the poorly settled region, inflicting heavy damages. In response to that aggression, in 1842 the Texans mounted a counter-offensive against the Mexican Army, which initially resulted in success for the militiamen, but later derailed, coming to be known by Americans as the Dawson Massacre, where 500 Mexican cavalrymen with the support of cannon artillery struck back at 54 Texain militiamen killing 36 and taking the rest as prisoners. The earlier Somervell Expedition sought justice for those men and achieved a modicum of success, but had to retreat. Unhappy with the results, five Texain captains and their men went rogue and marched on Ciudad Mier.

While they achieved initial success, the Mexican Army quickly responded in kind, sending men to quell this rebellion of sorts. The numbers involved in the battle that followed are hotly discussed, with Texas historians claiming a ten to one advantage for Mexican troops, with more conservative historians placing the number of Mexican soldiers as roughly the same as the number of Texan militia. The number of casualties on the Mexican side also ranges from hundreds to a mere dozen or two.

Depicted here is the aftermath of the battle, when, after some intense diplomatic negotiation, the Mexican commander accepted to execute only one in ten prisoners, which were chosen by drawing lots in the form of white and black beans. 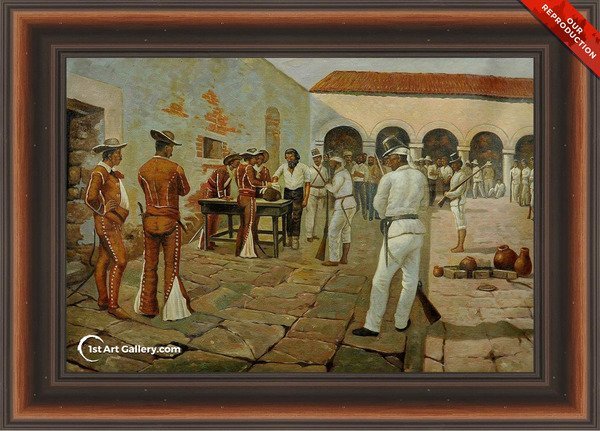 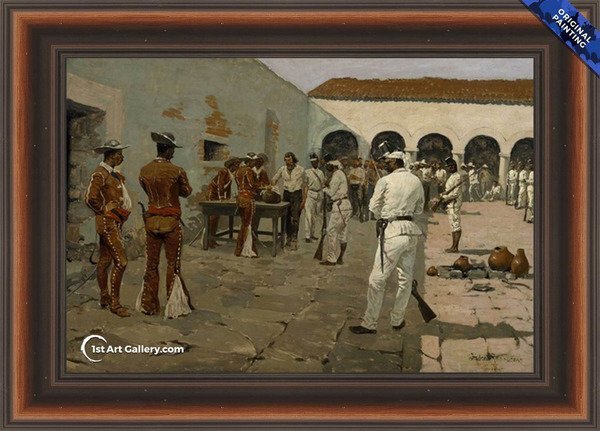