One of the most acclaimed sightseeing places of Venice, Bacino di San Marco is the area of the Venetian Lagoon that faces several important buildings like the Doge’s Palace and the San Marco cathedral. Canaletto portrayed these unique buildings throughout his whole life and managed to create a distinctive body of work of the Venetian architecture.

The young artist started his career working as an assistant to his father, who was a theater scenery painter. His father, Bernardo Canal, also a prominent painter, had a significant influence in his style and took him and his brother at a young age to work along his side in Rome. A few years later, Canaletto and his brother moved back to Venice, where he started following the work of the architect and painter Giovanni Paolo Pannini. Pannini’s work had considerable input in the development of Canaletto as an artist, and his early pieces show his fascination for architecture and cityscapes.

Soon after moving back to Venice, he managed to get Luca Carlevarijs to mentor him.  Luca Carlevarijs was one of his father’s icons, and to work under his mentorship was a genuine opportunity in Canaletto’s life.

The artwork The Molo from the Bacino di San Marco, Venice is one of Canaletto’s classical paintings and shows the architecture background that Canaletto developed from being mentored by Luca Carlevarijs. It shows a view from the Bacino from the perspective of a viewer that arrives on a boat on one of the most popular touristic places in Europe. The viewer sees the most famous buildings and the large port with the two mighty welcoming columns that are one of the sightseeing landmarks of the city until nowadays.

The quays are busy with heavy traffic of boats and gondolas that are filled with passengers and sailors. In the background, we can see more of the famous buildings that are part of the architecture of the city until the present day.

Canaletto often uses this soft color palette with low contrast, showing immense attention to detail in each of the buildings, even those drawn far from the center of the painting. Each of the constructions is elaborated with windows and friezes.

The faded tones of blue in the sky and sea create an exciting counterpoint with the beige and earthy tones of the line of buildings. 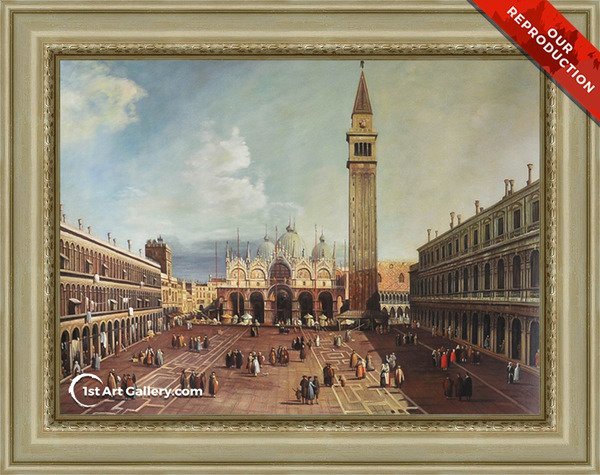 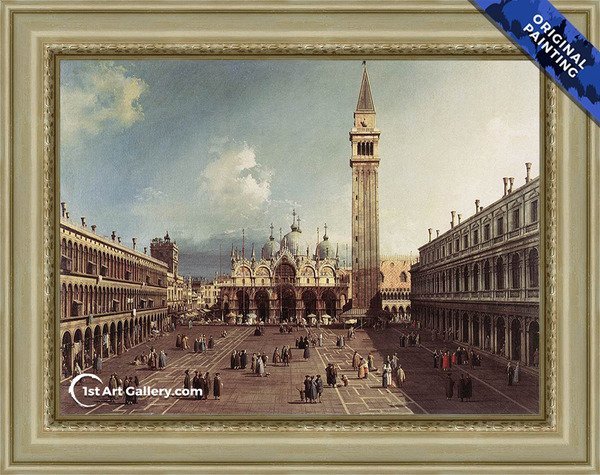 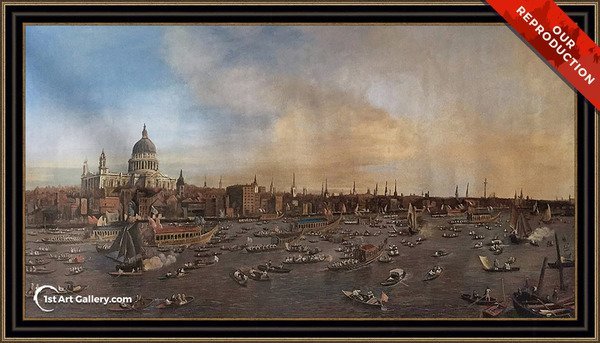 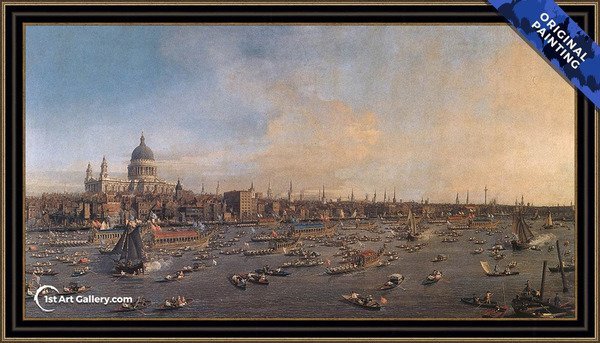 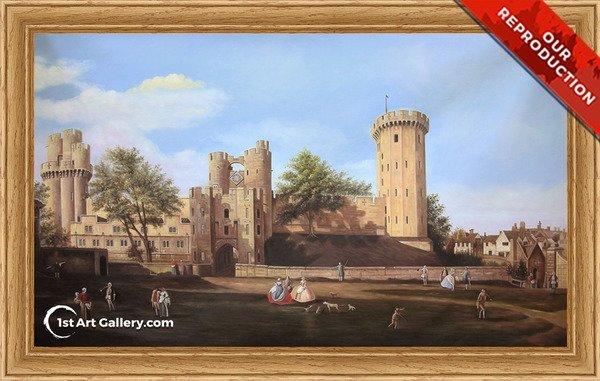 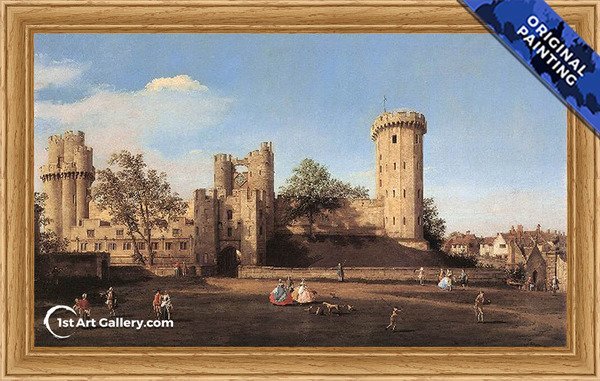 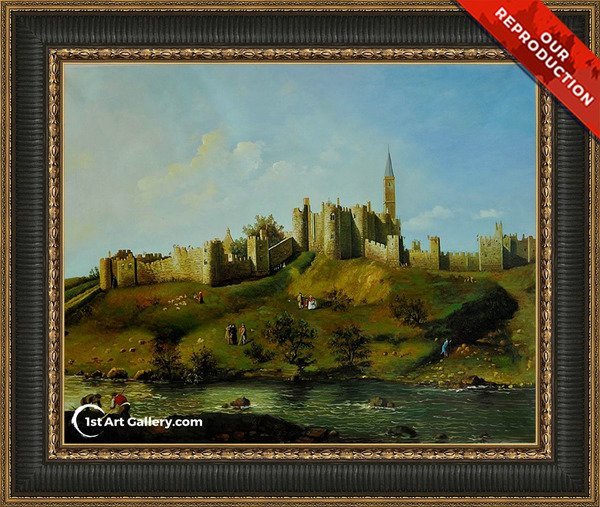 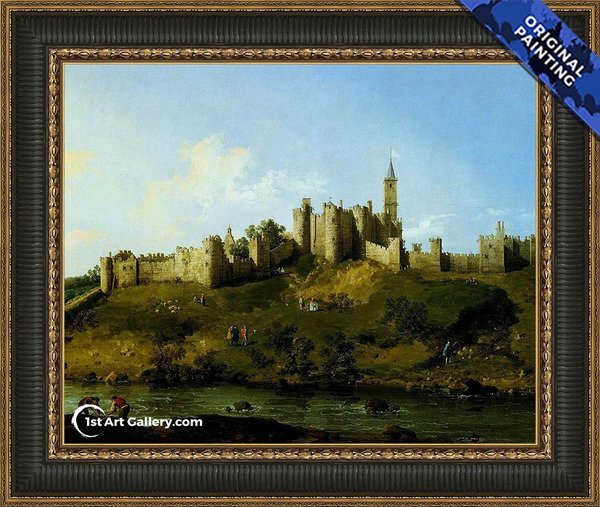 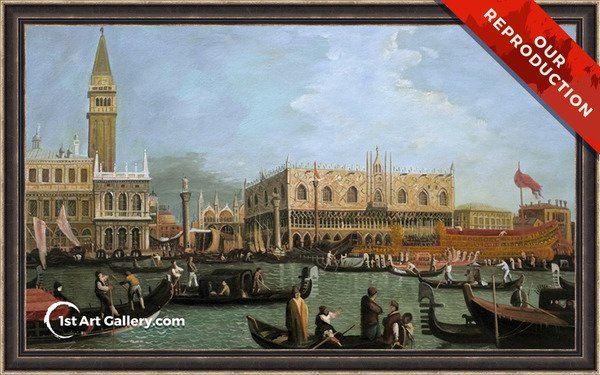 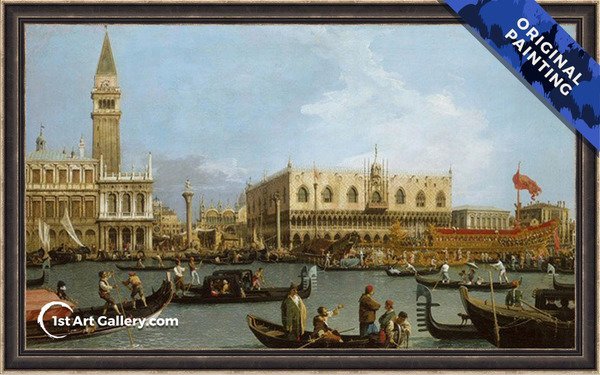 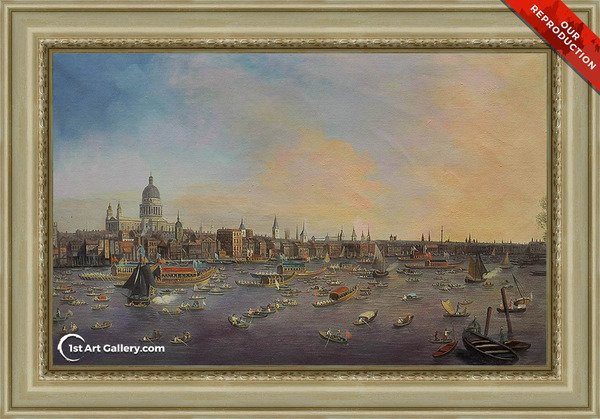 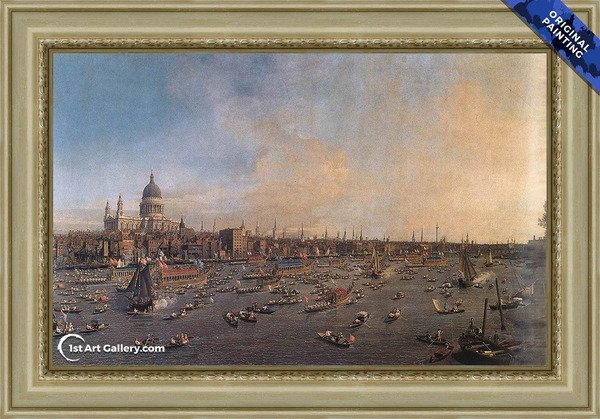 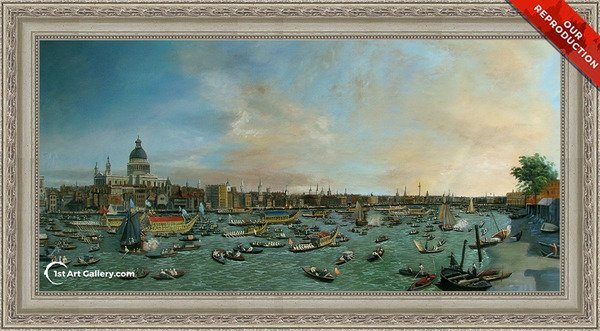 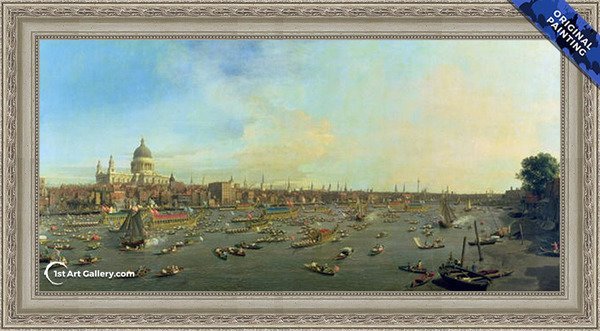 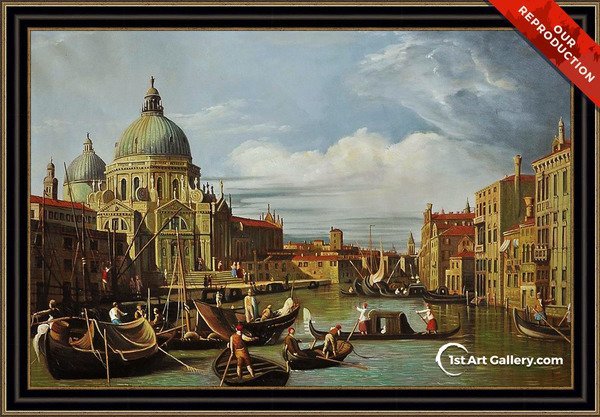 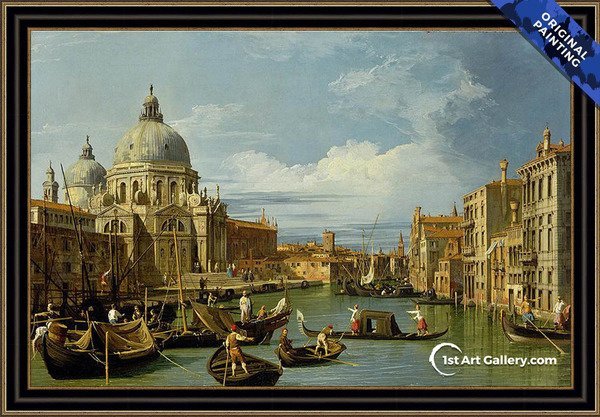 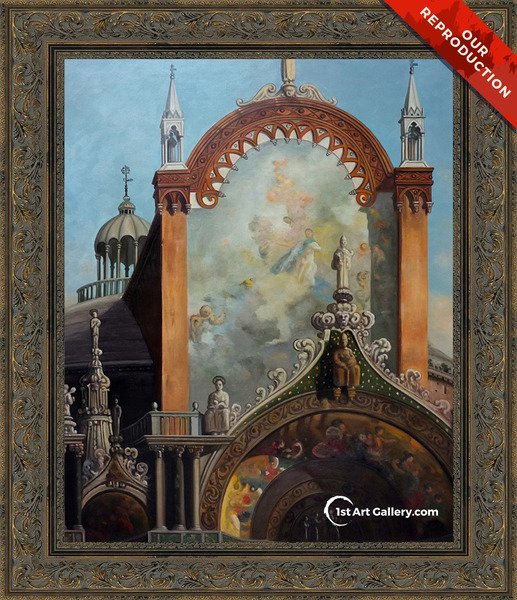 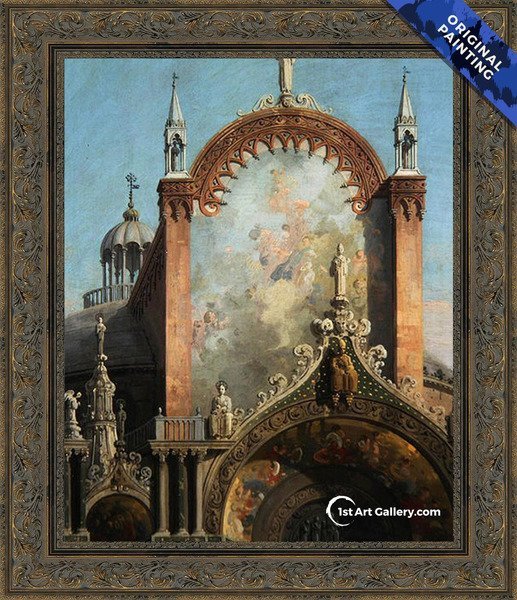 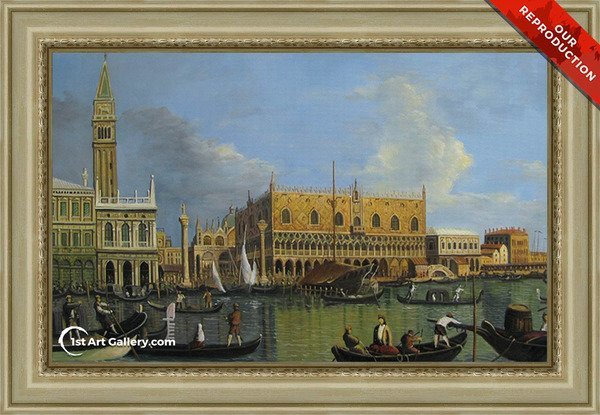 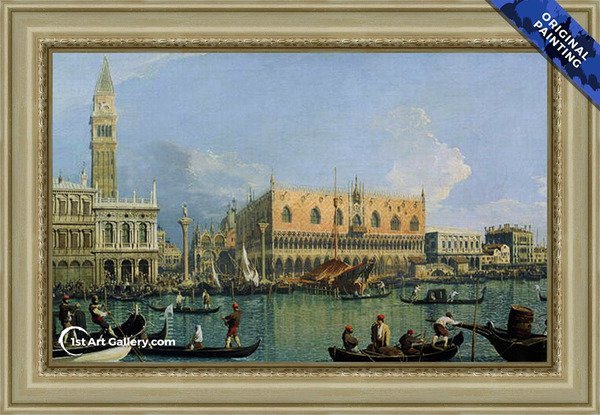