The Oath of the Horatii is one of the most famous and celebrated masterpieces of Jacques-Louis David and was painted during the Neo-classical era, in 1784. After the return of the great master to Paris, King Louis XVI's assistant, Claude Flahaut de la Billaderie, one of the biggest enthusiasts of David's art, he was commissioned to create a work of art that inspires the feeling of loyalty to the state and his majesty. Affirming that a Roman painting could only be made in Italy, Jacques-Louis returned to Rome to complete this astonishing oil painting.

Depicting the classical scene from Dionysius's book, Roman Antiquities, David painted using oil on canvas, the moment when Rome and Alba Longa were sending their armies to rage war against each other, in XVII century b.C. Instead of a long and bloody conflict, both cities decided to settle the dispute with combat between three brothers from each city. The Horatii family, representing Rome, agreed to fight for their beloved city and was willing to sacrifice their own life if needed.

Two of the brothers are slain early in the combat, and the remaining one elaborated a complex strategy to survive in the trial and win the war for his people. He gave the impression that he was running away, forcing the Albians to pursue him, and managed to create situations where he would be able to fight one versus one, killing all rivals by himself and winning the war.

In the painting, at the center of the canvas, we can see Horatius giving the three swords for his children, already using the classical Roman armor and helmet. While using a red and gray tunic, the father is represented with a strong but preoccupied expression, concerned about the future of his family. The surviving children are the one who is represented using the golden helmet, in the middle of the group, embracing his brother. They are depicted doing the traditional Roman reverence, with their arms stretched out and with the palm facing down.

On the right side of the masterpiece, David depicted three adult women and a child with great mastery and gentle brush strokes. One of them is Camilla, their sister and also a lover of one of the Curiatii's brothers. She realizes that she will lose someone she loves despite the ending, and it doesn't matter who is the winner of the dispute.

If you have any request to alter your reproduction of The Oath of the Horatii 1784, you must email us after placing your order and we'll have an artist contact you. If you have another image of The Oath of the Horatii 1784 that you would like the artist to work from, please include it as an attachment. Otherwise, we will reproduce the above image for you exactly as it is.

The Oath of the Horatii 1784 Jacques Louis David 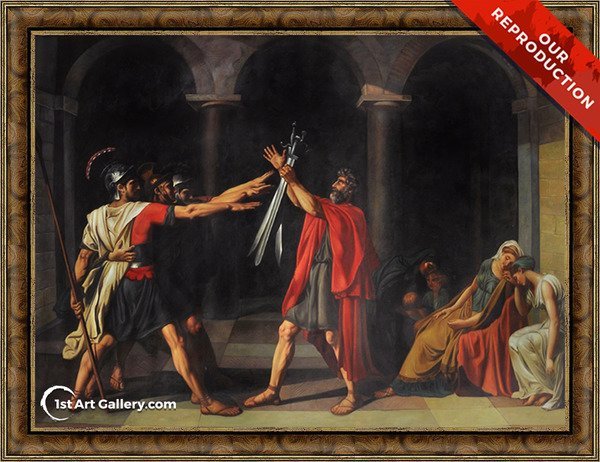 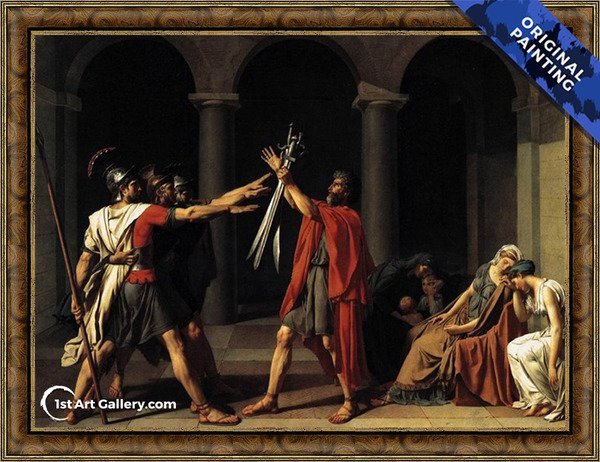 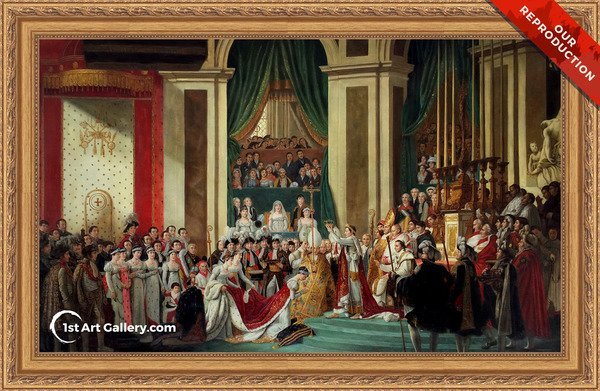 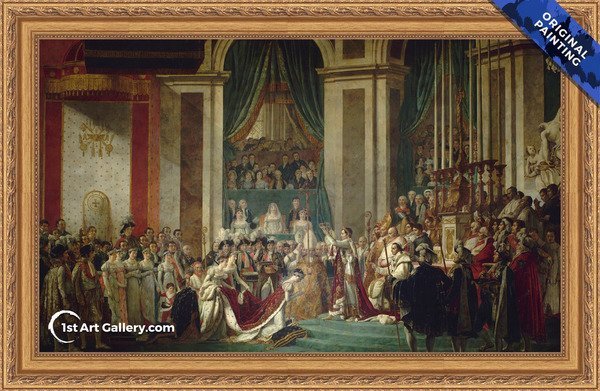 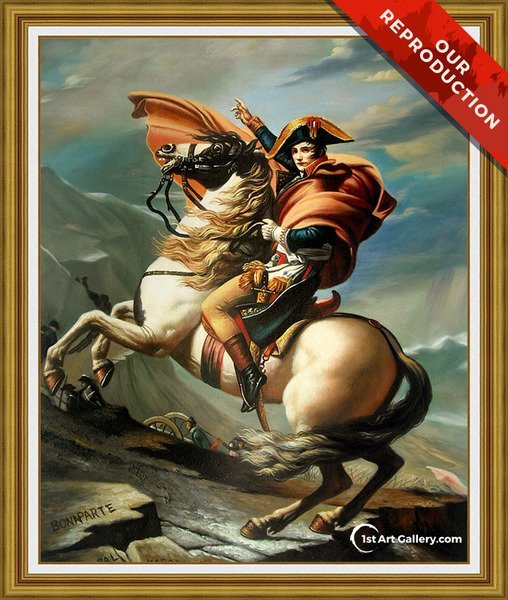 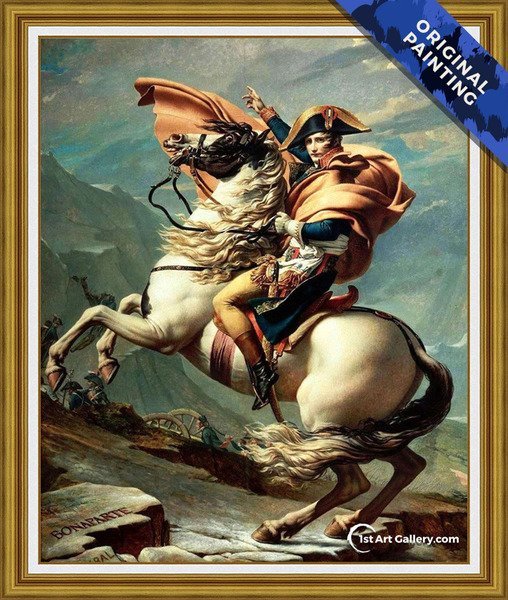 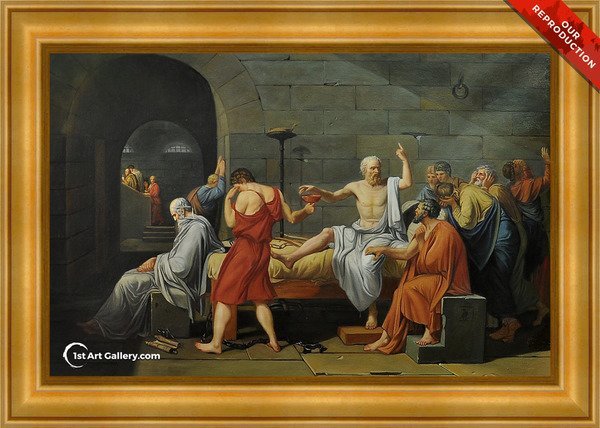 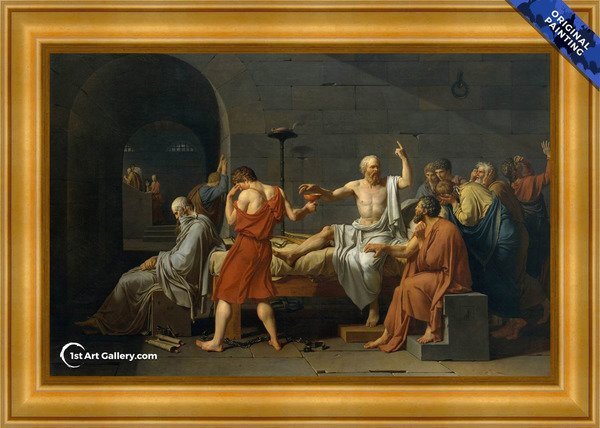 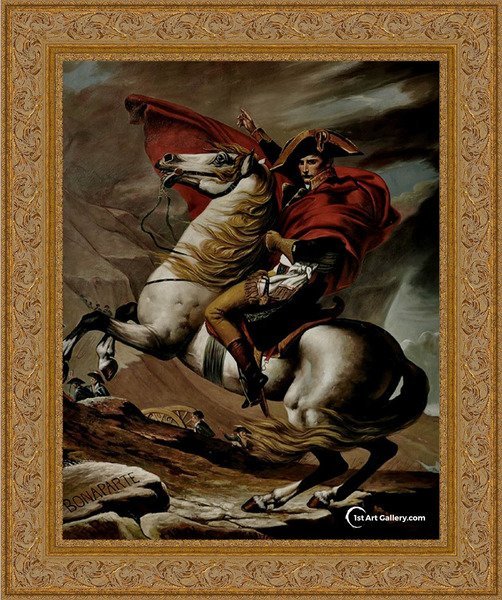 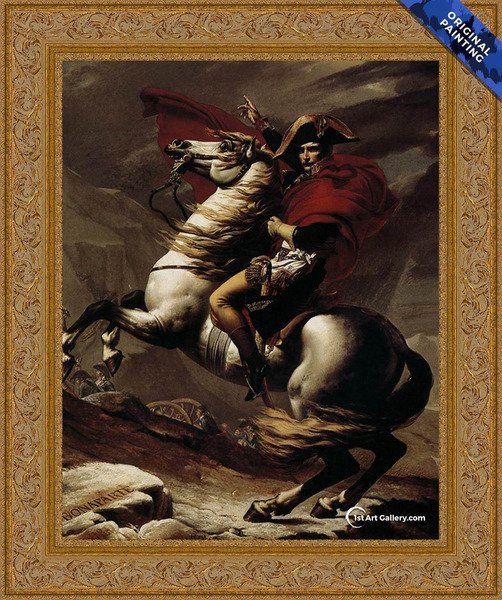 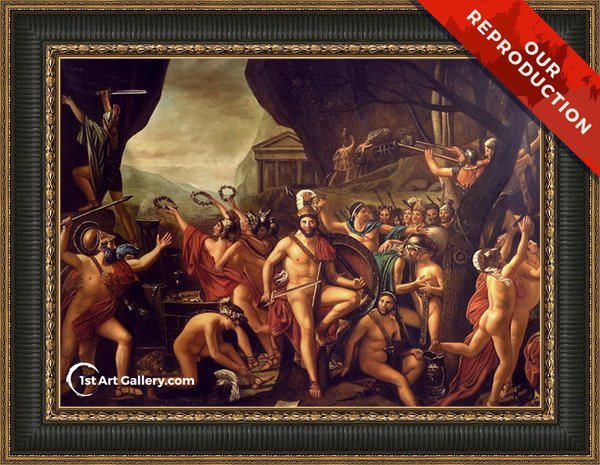 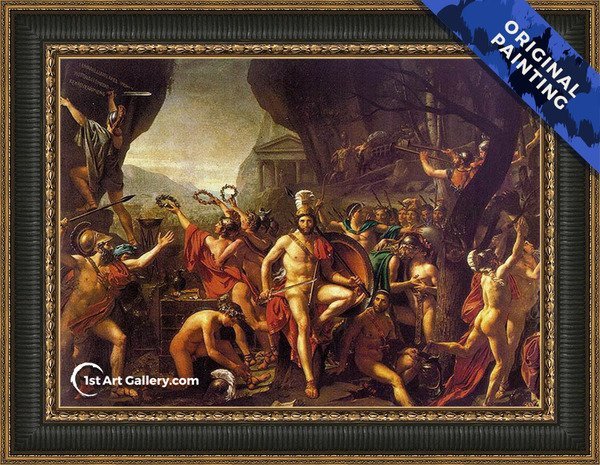 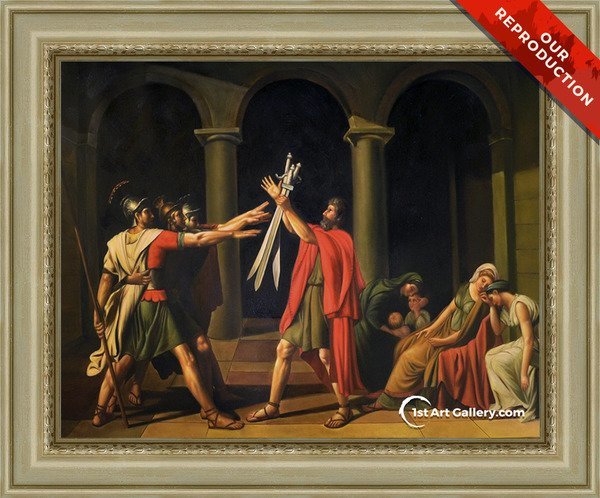 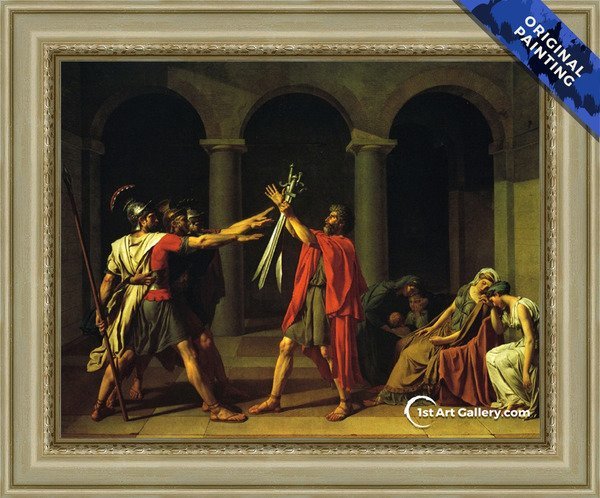 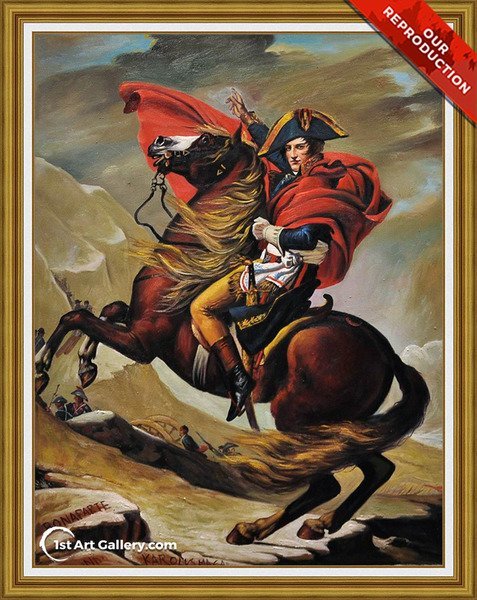 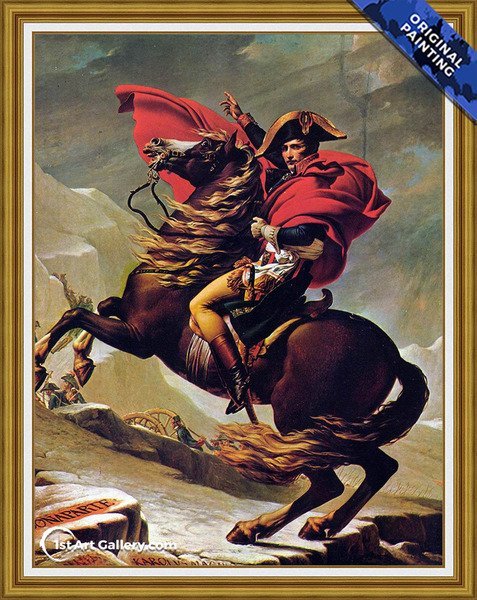 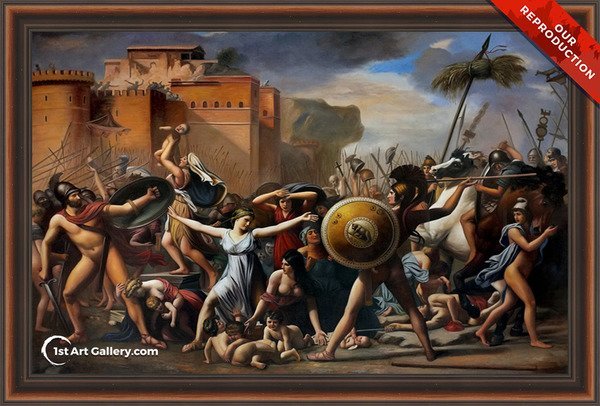 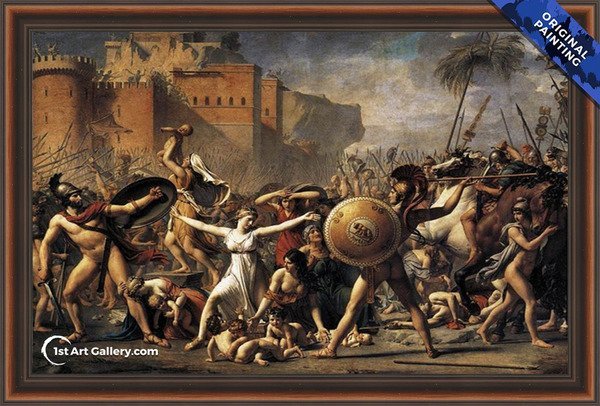 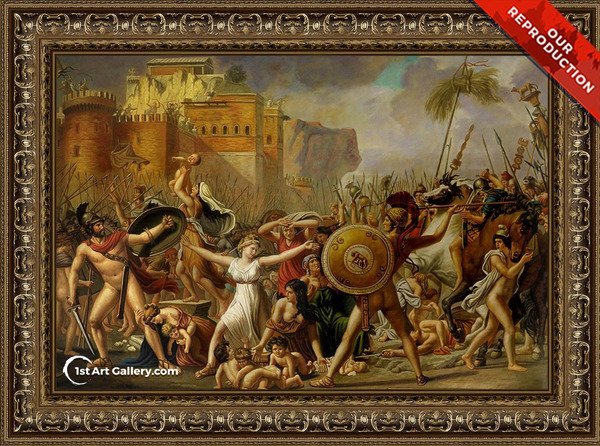 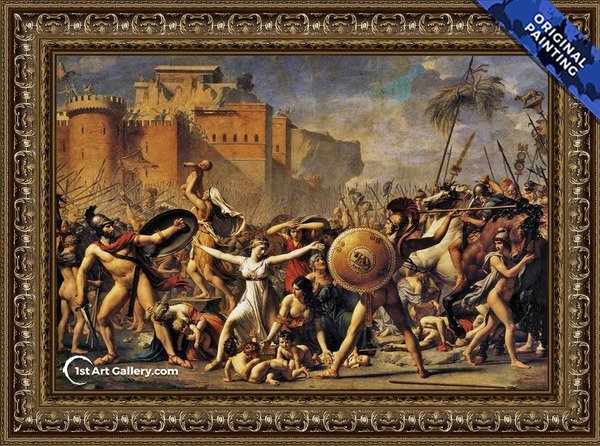