John William Waterhouse concluded the oil painting entitled Ariadne in 1898. As a member of the Pre-Raphaelite Brotherhood, he worked mainly with subjects of Arthurian legends as well as Greek mythology, like seen in this particular painting, but going against the strict rules of the academies. King Minos of Crete – father of Ariadne – who ordered to build a labyrinth to house the Minotaur, a creature half man and half bull. This beast was an offspring of his wife who, after the mighty God Poseidon wished to punish Minos by making his wife to desire the bull. The King was then required to sacrifice young men and women as a tribute to the Minotaur.

The labyrinth described in the myth of the Minotaur was nearly impossible to escape from, as it was filled with deceiving and conflicting paths. It was told a young man from Athens named Theseus, who volunteered to take a group of people to the maze, was Ariadne’s true love. She helped Theseus by giving him a thread, so he could safely find his way out after killing the beast. In the painting Ariadne, Waterhouse portrays the beautiful young woman in a moment of leisure. She wears a typical Grecian garment and lays with exotic jaguars on a balcony overlooking the ocean.

Waterhouse often portrayed beautiful women as his central theme. He depicts Ariadne in a sensual pose, with both hands holding up her hair and resting her feet on a small wooden stool. Her red-orange draping dress falls to the side, revealing one of her breasts. The folds of her outfit are incredibly detailed, and the dress reaches her feet, as well as featuring a golden belt around her waist. She lays on a round purple pillow with violet details – these colors repeat in other areas of the forefront, like in the flowers on the right and the light violet fabric. Waterhouse features red and white flowers as well.

The jaguars are golden brown with dark spots. One sleeps soundly under the image of the beautiful woman, while the other big cat is on the left side of the composition and attentive to something on the ground. After the balcony, there are some dark trees, constructions, and the purple and blue ocean that goes as far as the eyes can see. A small boat leads the viewer’s eyes into the distance.

If you have any request to alter your reproduction of Ariadne 1898, you must email us after placing your order and we'll have an artist contact you. If you have another image of Ariadne 1898 that you would like the artist to work from, please include it as an attachment. Otherwise, we will reproduce the above image for you exactly as it is. 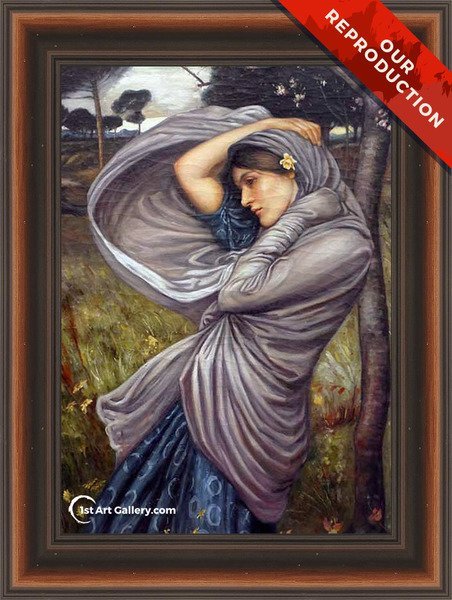 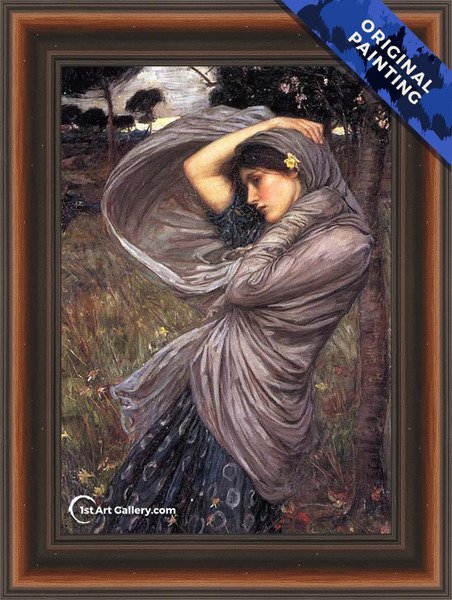 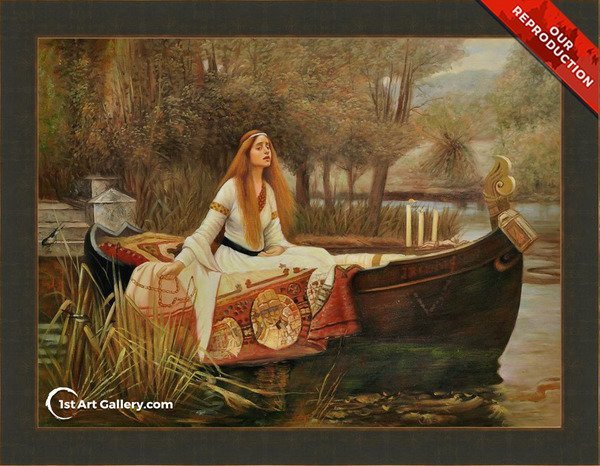 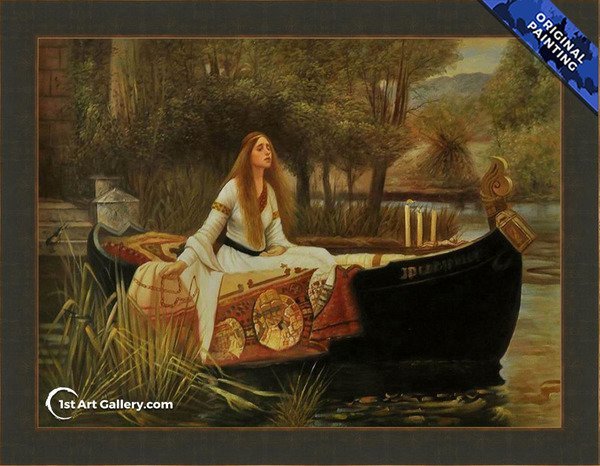 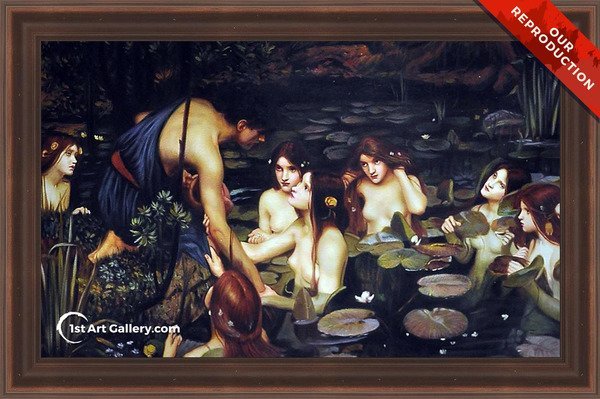 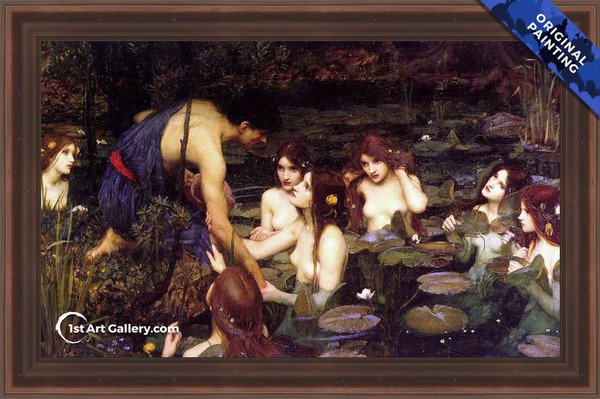 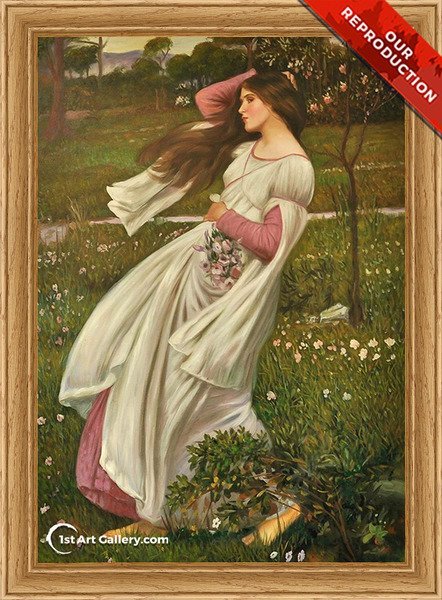 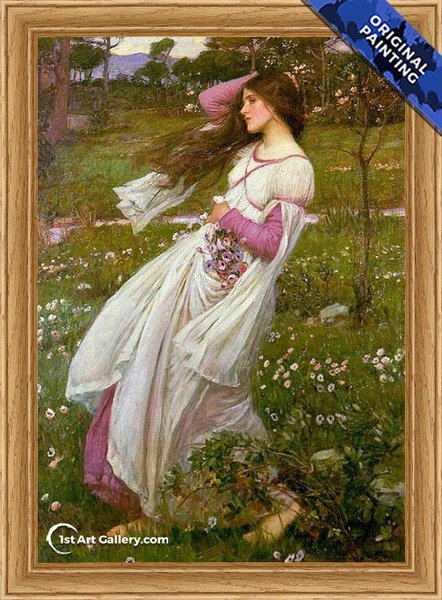 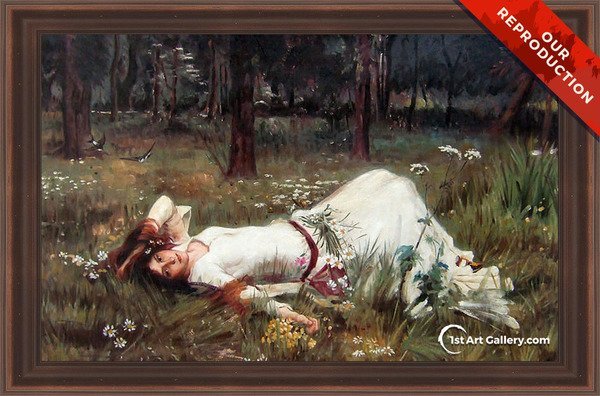 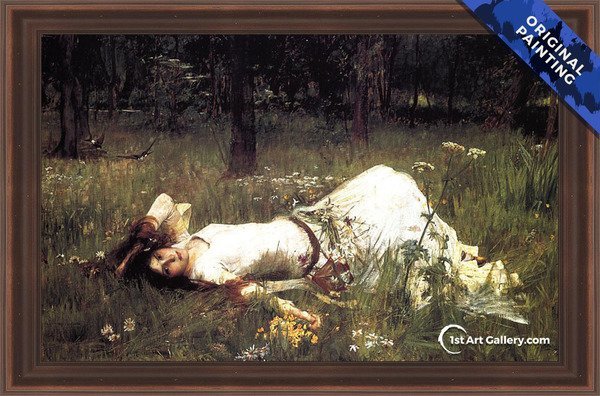 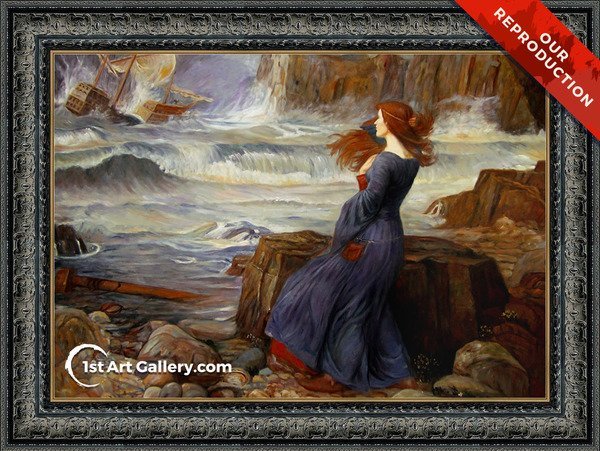 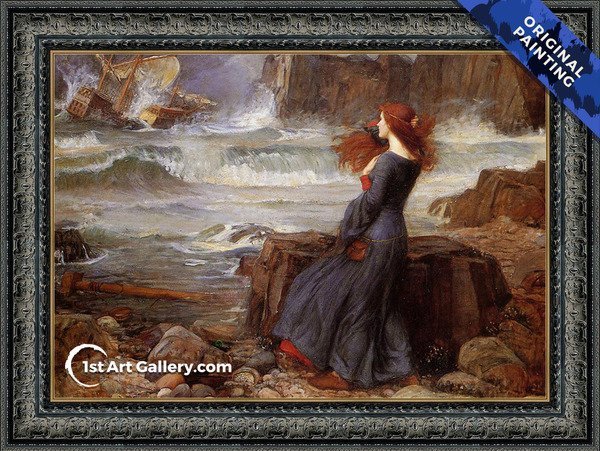 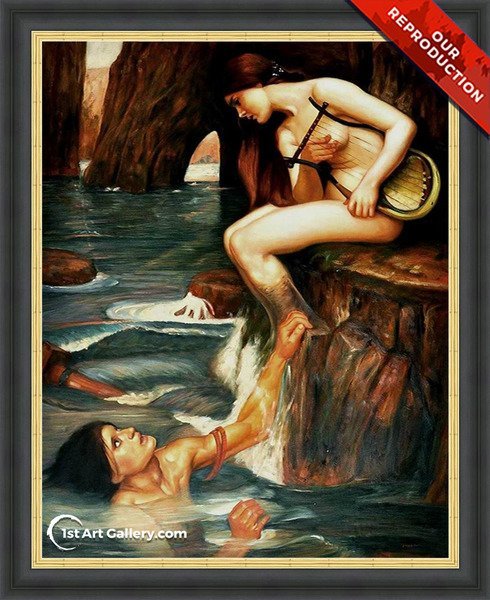 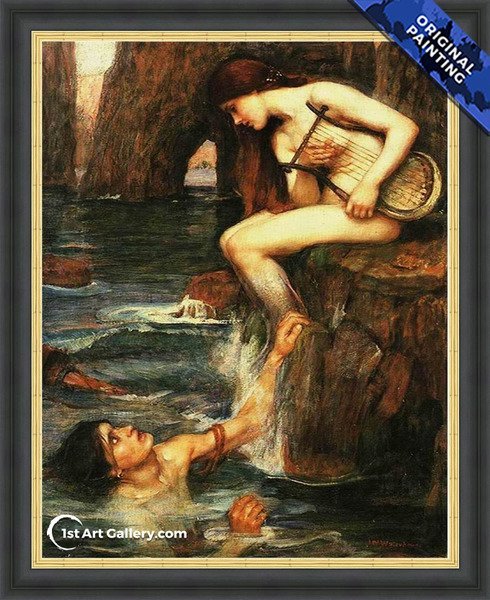 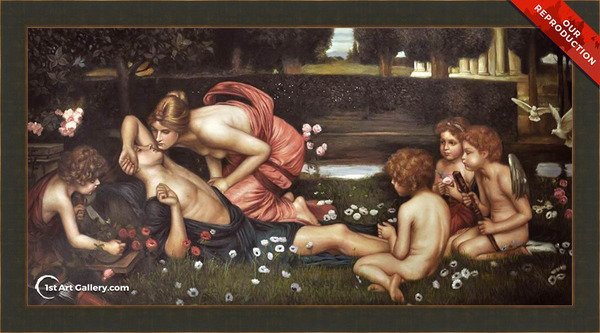 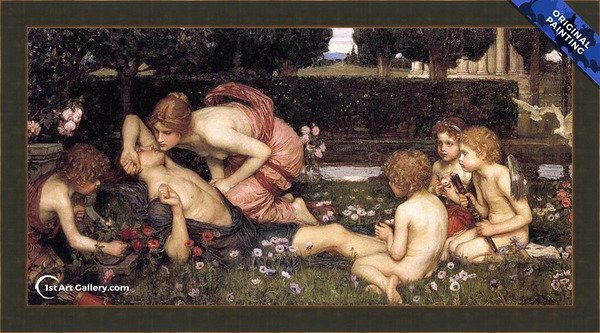 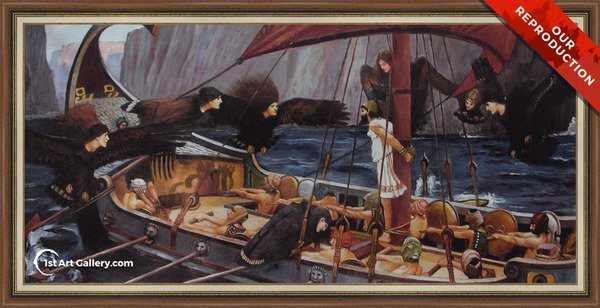 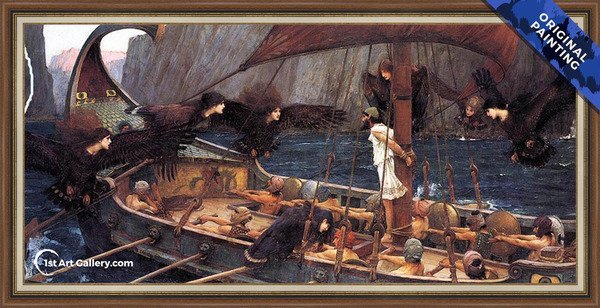 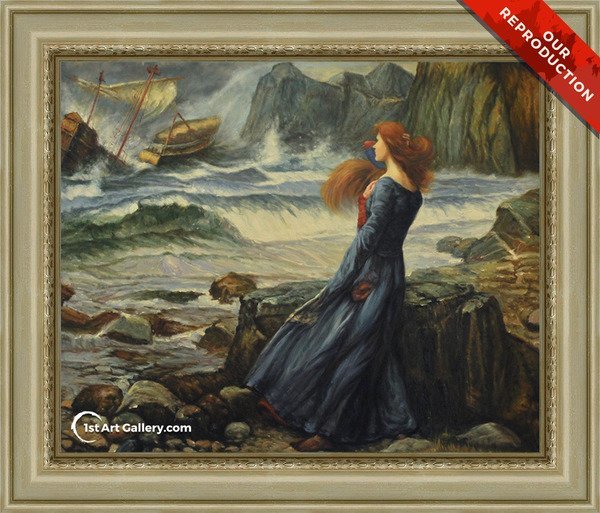 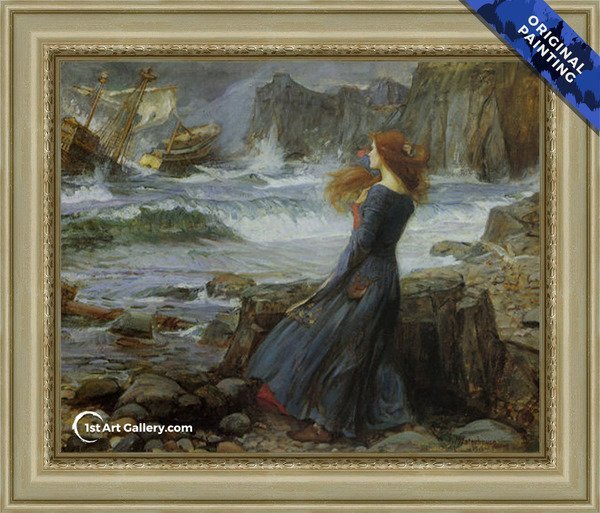