The oil painting Venice: The Dogana and San Giorgio Maggiore from 1834 was made by the English artist Joseph Mallord William Turner. It was commissioned by Henry McConnel, an art collector of the time. He later sold this canvas but tried to recover it without success.

Turner’s depiction of Venice does not show the characteristics of his mature works, even though it is a canvas painted in the late years of his life. This is probably due to the fact this was a commissioned work. The same realistic treatment can be found in the work Dutch Boats in a Gale, another commission that Turner made in 1801. Proof that his painting style had already drifted from the realism to an expressionist one is the painting Fort Vimieux, which was rendered three years before he had painted Venice.

The treatment Turner applied to the water is incredibly realistic which is the typical thing for most Romantic painters. However, Turner was an exception. For an artist who is most famous for his marines, it is hard to believe that he could create paintings so different in style having the same subject and using the same materials.

The painting shows the city of Venice on a sunny day. In the center of the canvas, there is a lane where the gondolas apparently can navigate. There are boats both on the left and on the right side of the composition, and they are all full of people.

In the foreground, shadows likely of boats can be seen on the water. The waves and reflections in the water are especially realistically rendered. The sky is clear-blue, and the clouds create a swirl movement in the composition. This is a compositional movement very common in Turner’s pictures. This is a very light movement.

In the center of the painting, there is a white tower, maybe a church. Next to it, we can see arches in the same color. The boats navigating along the central lane take the viewer’s attention and direct it to the tower. Closer to the foreground, on the right side of the canvas, there is another tower, but this one has a statue on top. The swirling movement of the clouds is reinforced by the presence of this two towers, which connect the bottom part of the canvas with the upper one. 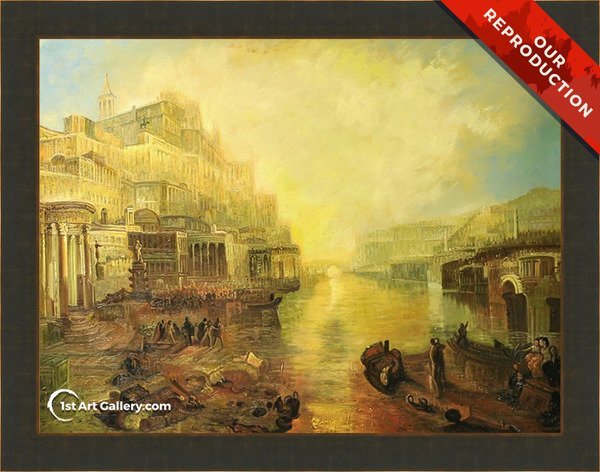 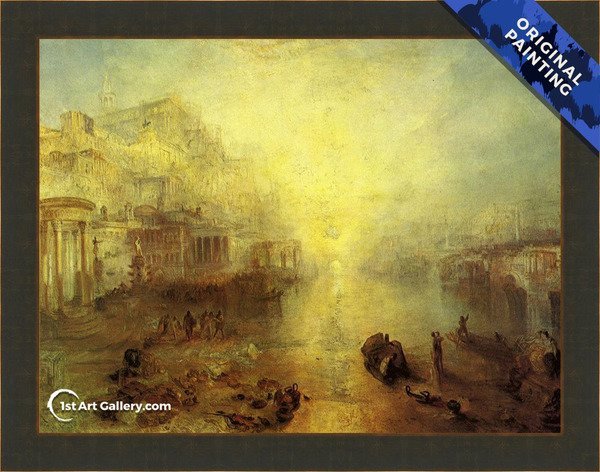 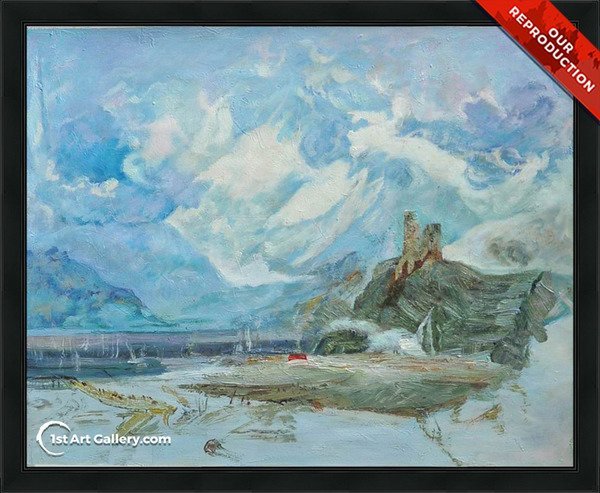 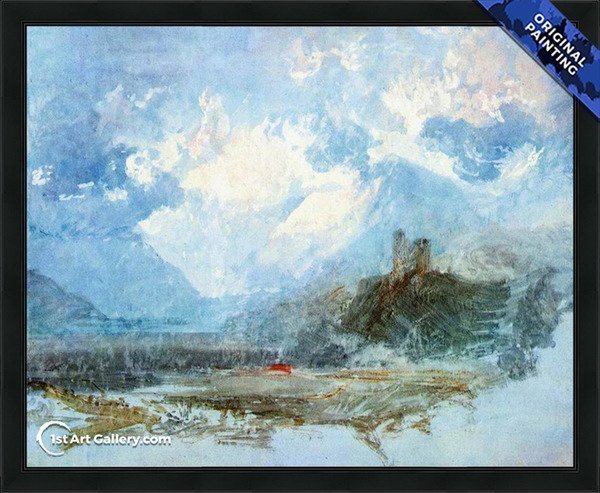 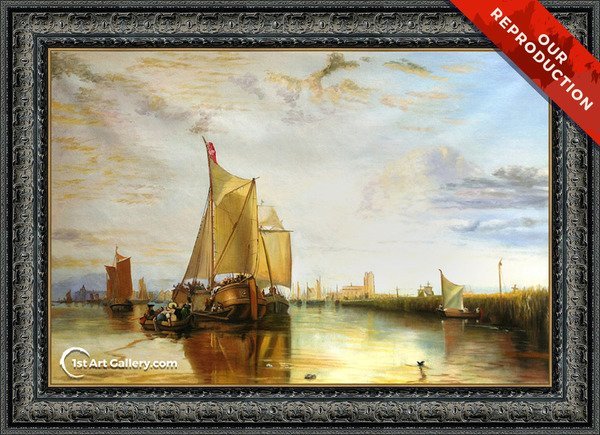 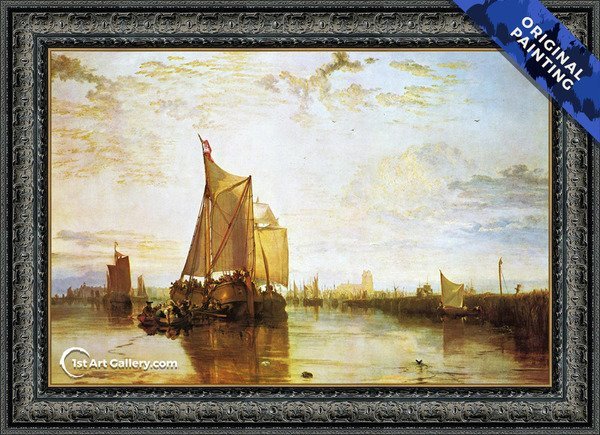 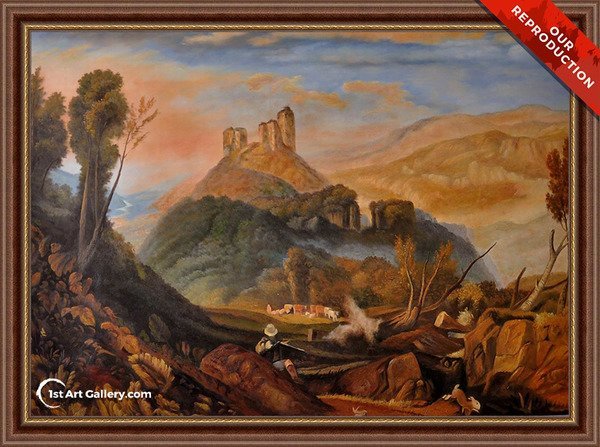 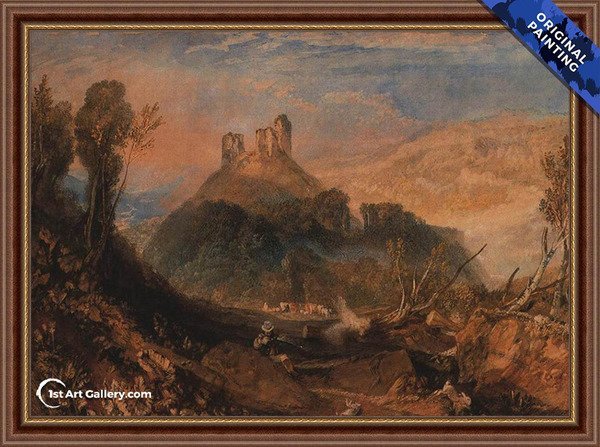 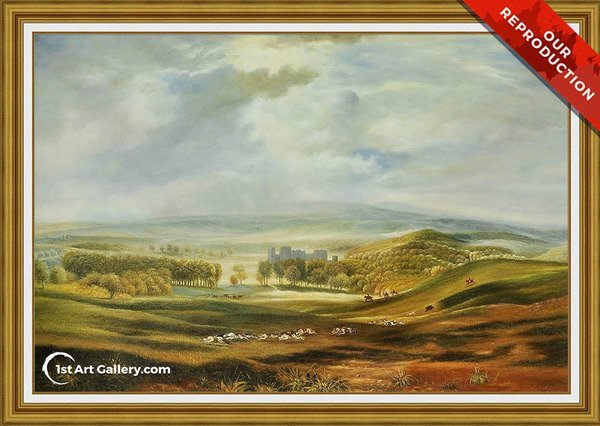 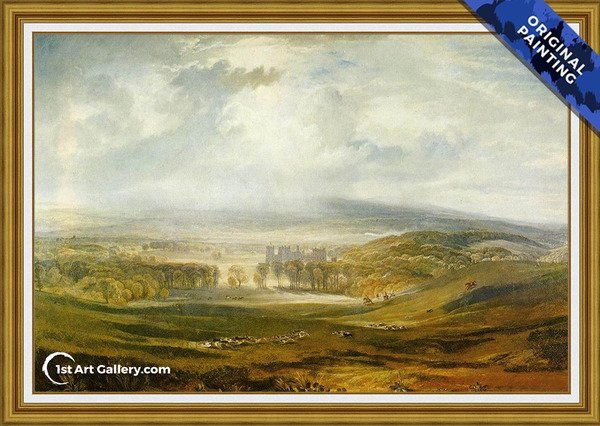 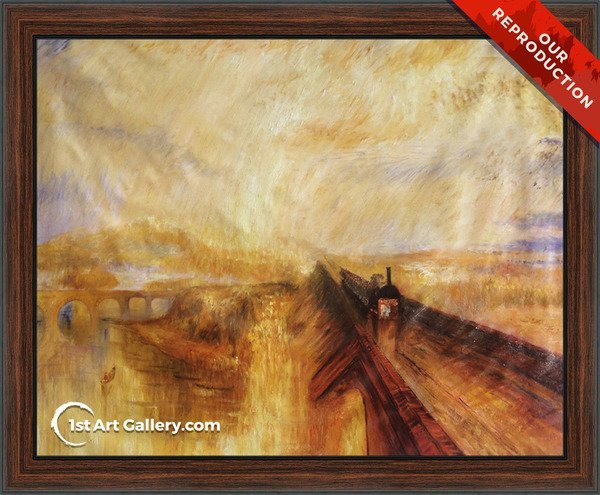 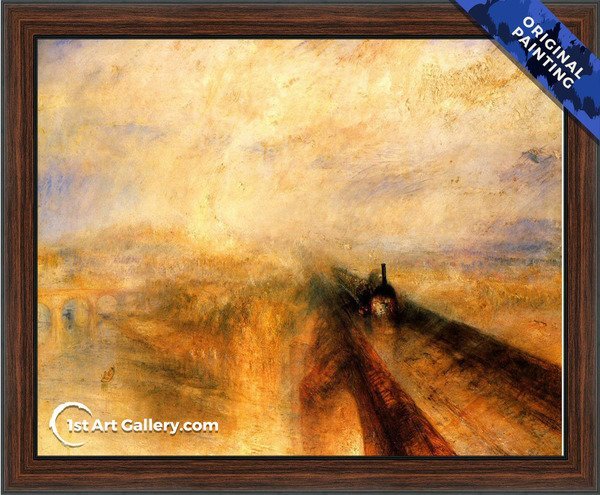 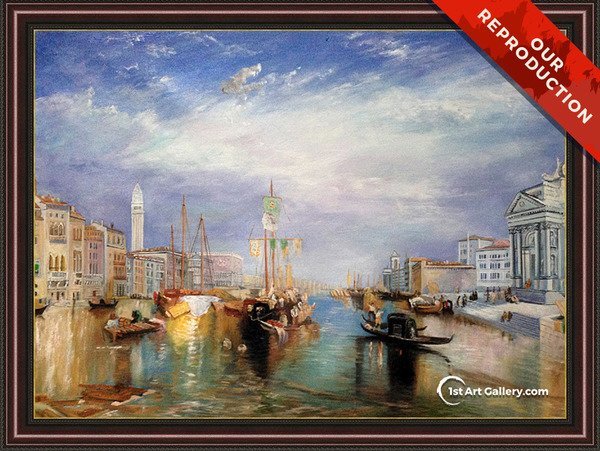 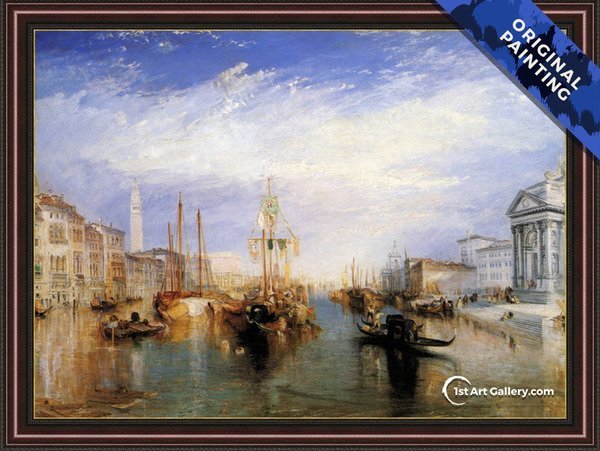 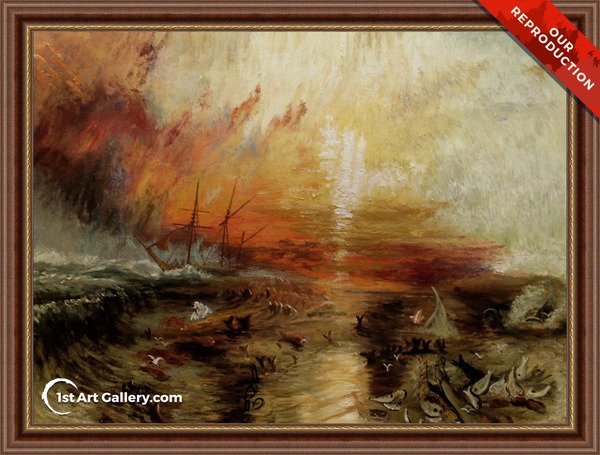 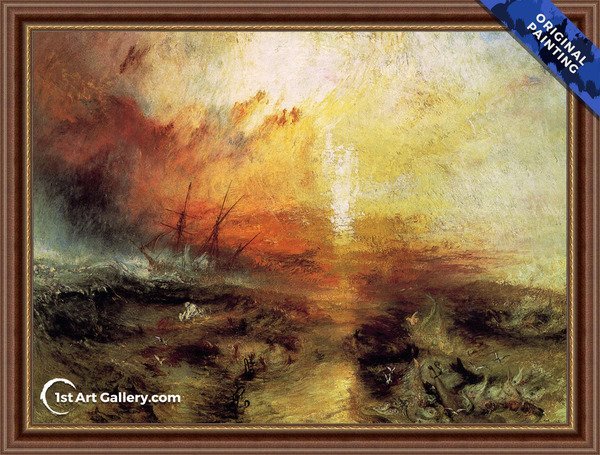 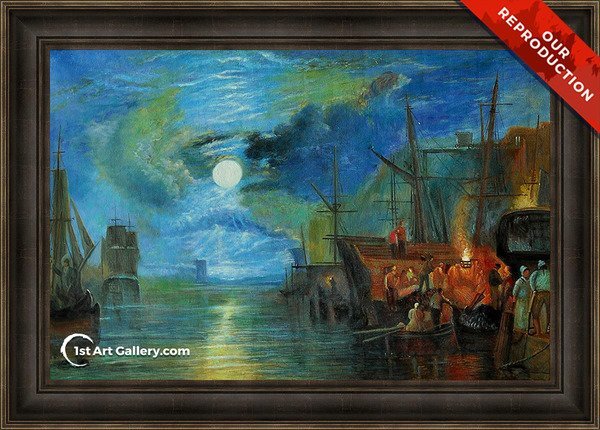 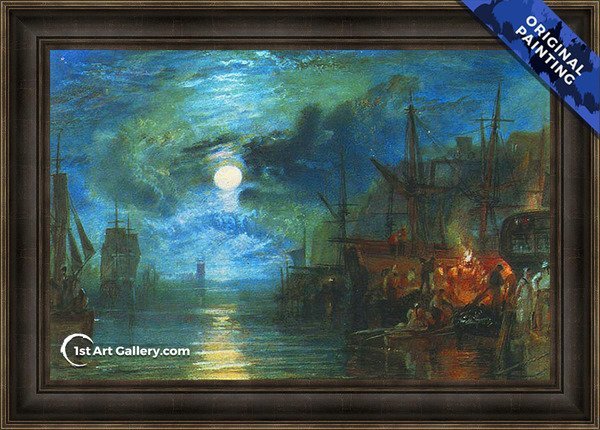 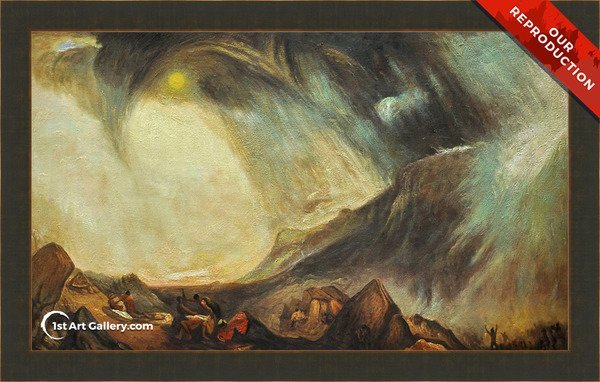 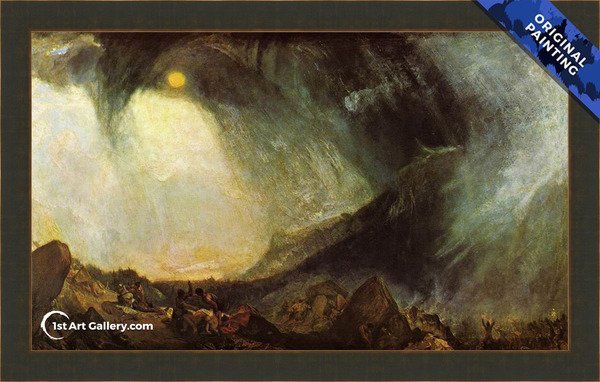