Lord Frederick Leighton's Flaming June, painted in 1895, is a late embodiment of the Pre-Raphaelite ideals and style, and a manifestation of the genesis of the Symbolist movement that dominated much of the second half of the nineteenth century. Finding its spiritual home in the heady world of fin-de-siècle Paris, the movement was characterised by an intermingling of poetry and painting, rejecting direct representation of a subject in favour of an evocation of the emotion of the scene. The Symbolists believed that it was the paramount task of the artist to conjure expressive reproductions of emotional experiences. Usually Symbolist paintings took the form of mythical or thematically abstract scenes, thus paving the way for the experiential reproductions of Impressionism and the abstraction of early Modernism. Leighton, a Victorian painter of the highest calibre and member of the Aesthetic movement, utilized his fervent interest in the beauty of nature and mythological subjects to forge a work characteristic of his technical skill.

One of the most popular images of late-nineteenth British painting, the work has become better known than Leighton himself. The subject of countless reproductions, Flaming June has come to embody the features and concerns of a number of interconnected movements. With the electric color palette of the Pre-Raphaelites, the classical figures of the Neo-classicists, and the symbolic icons of the Symbolists, Leighton avoids providing an accurate reproduction of his female figure in favour of her feline pose. Instead reconfiguring the human body to conform to his idealised reclining pose, Leighton's taste for artifice aptly reflected the tastes of his contemporary audience. The ethereal dreaminess of Flaming June makes it the perfect decorative object, as relaxed and sleepy as the figure it depicts.

Flaming June at the Frick Collection

If you have any request to alter your reproduction of Flaming June, you must email us after placing your order and we'll have an artist contact you. If you have another image of Flaming June that you would like the artist to work from, please include it as an attachment. Otherwise, we will reproduce the above image for you exactly as it is. 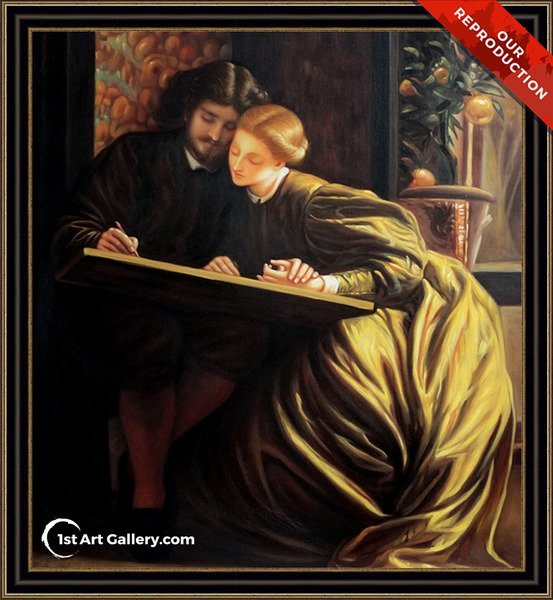 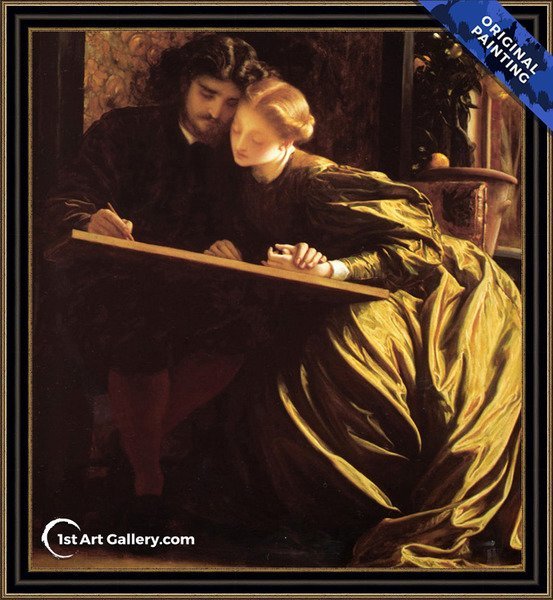 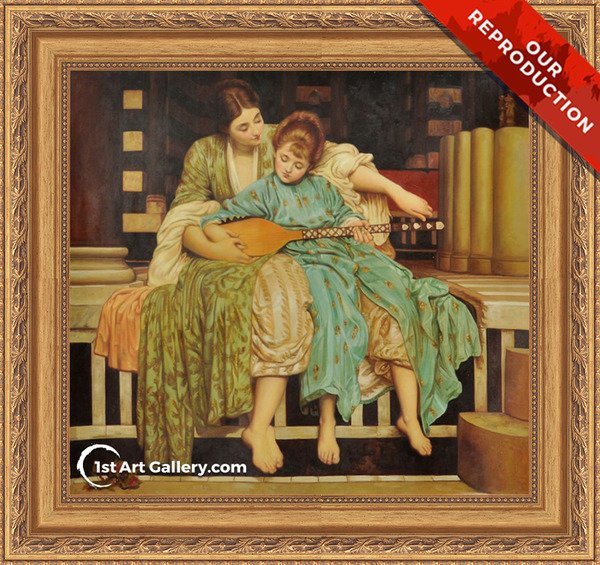 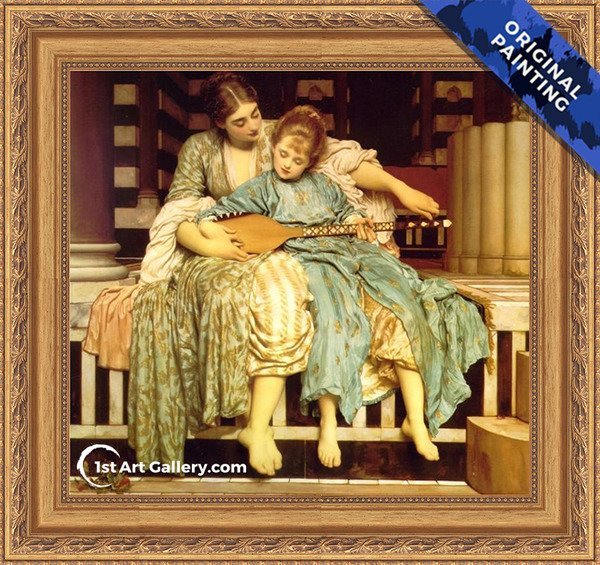 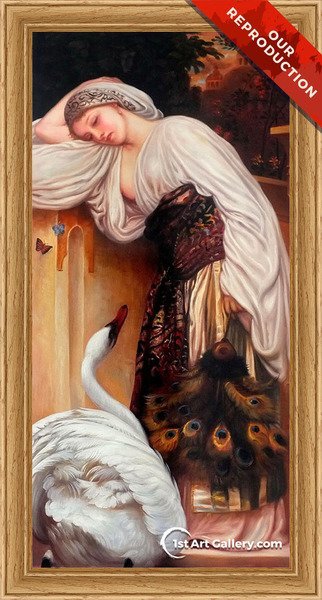 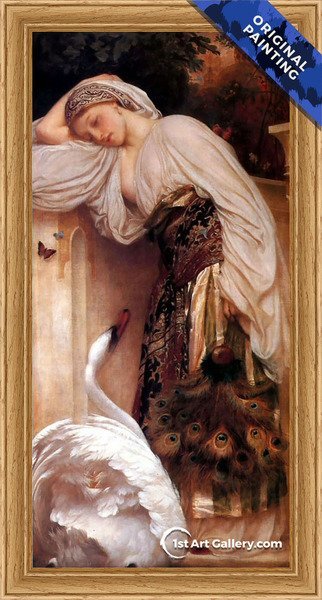 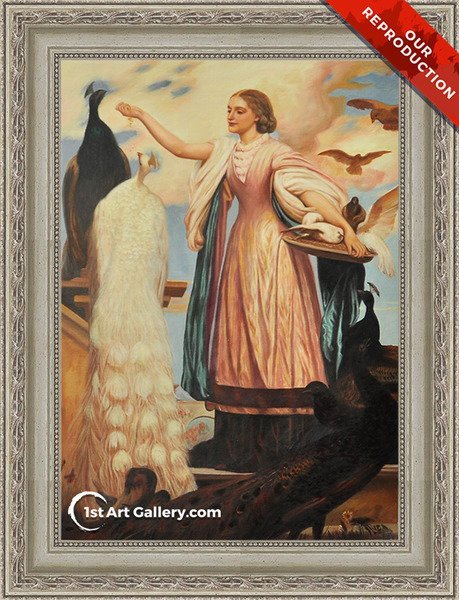 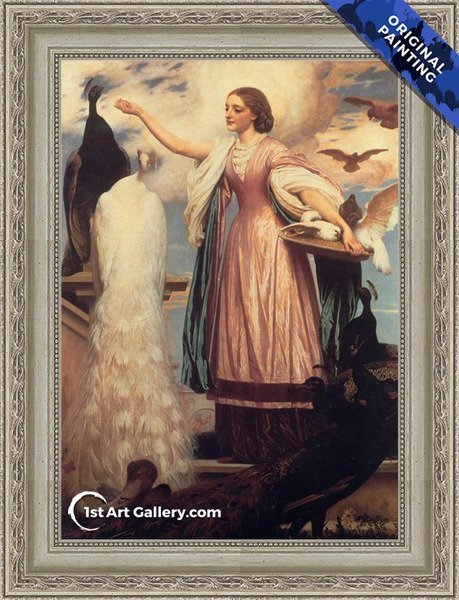 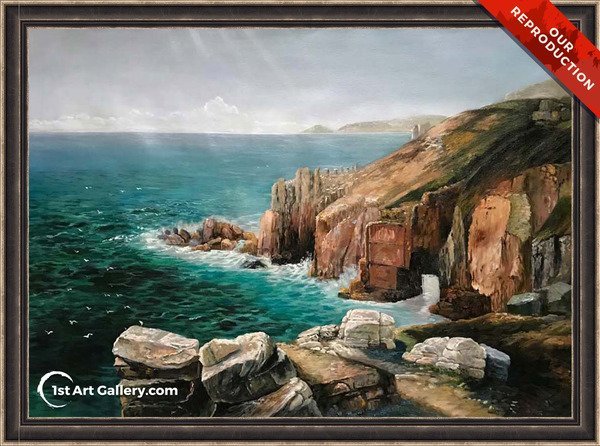 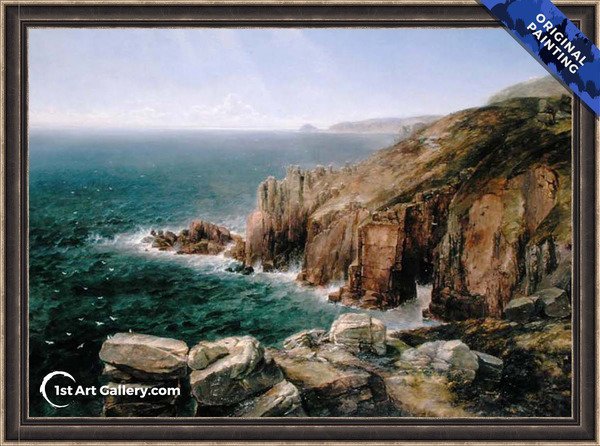 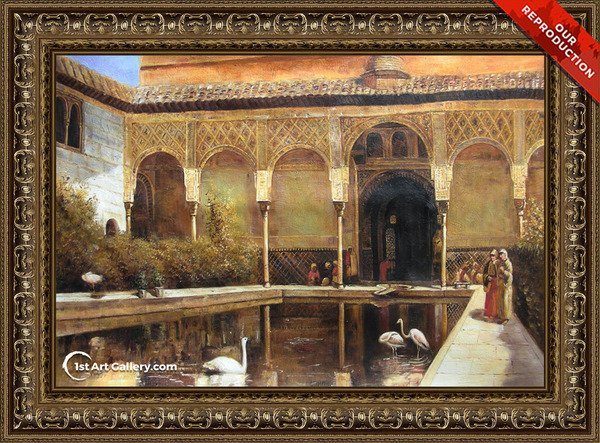 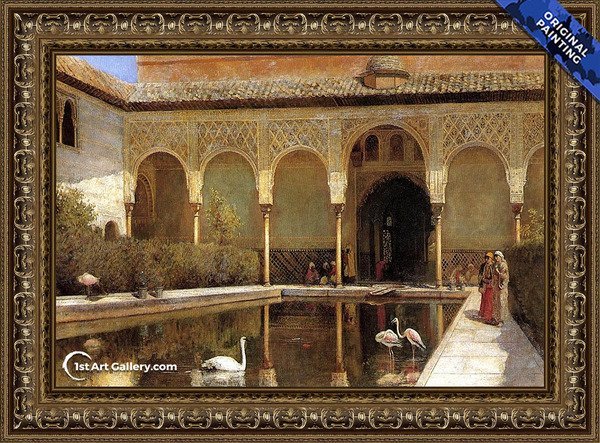 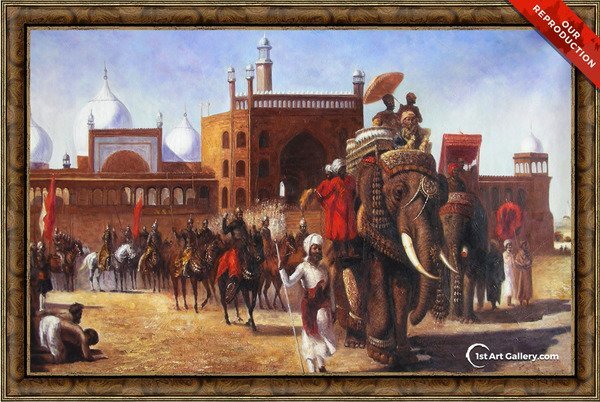 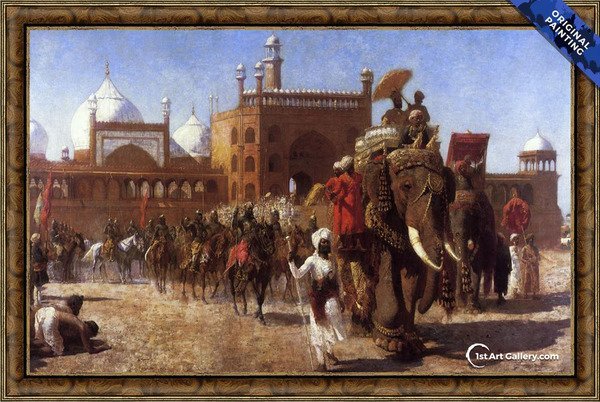 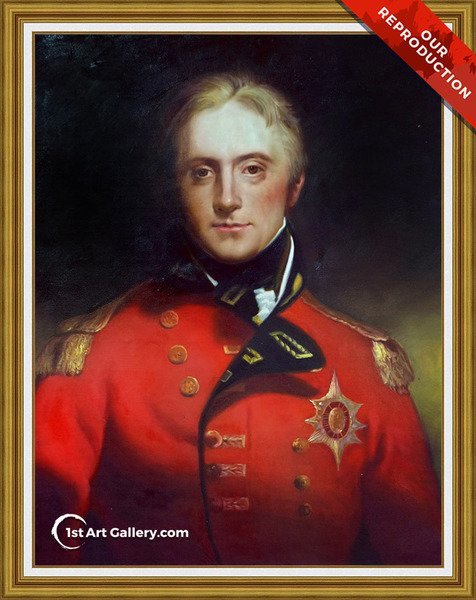 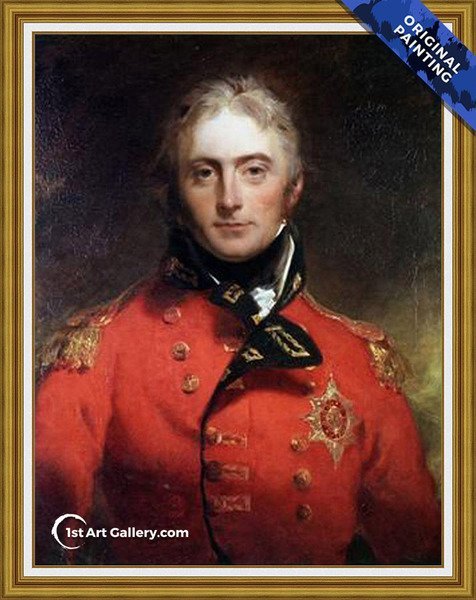 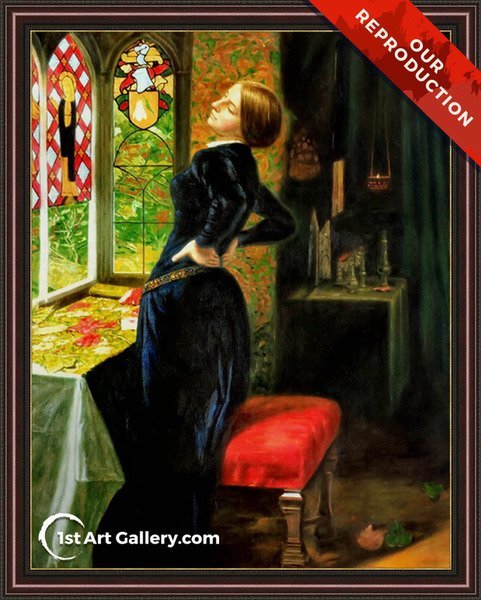 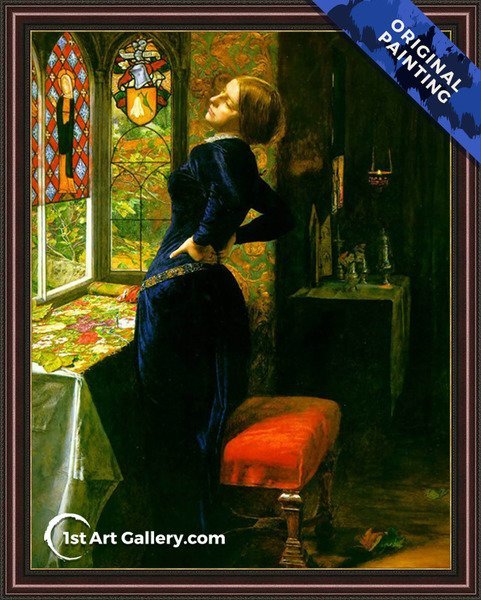 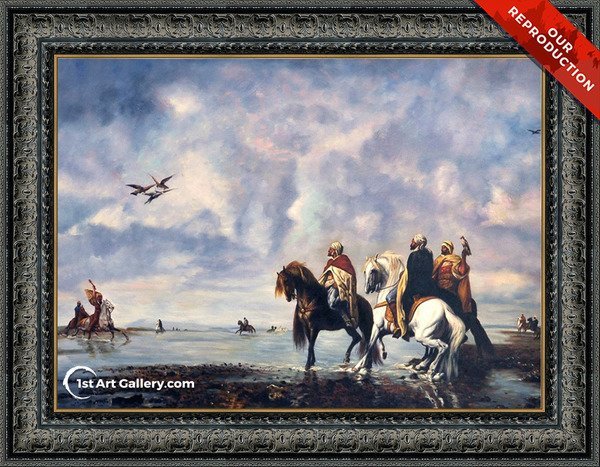 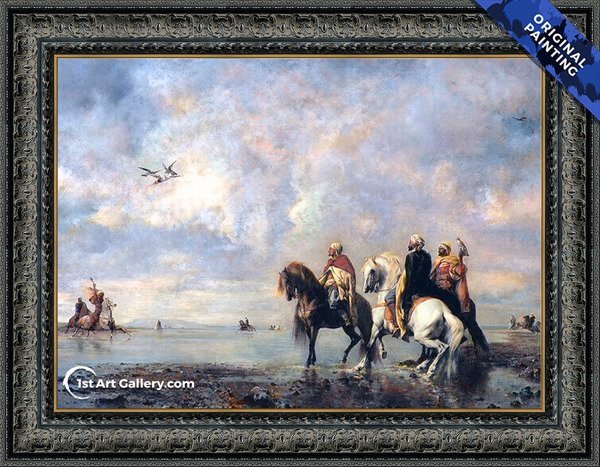