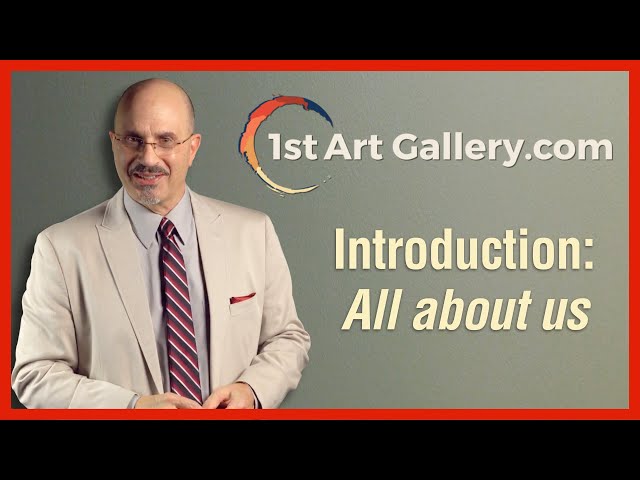 1st Art Gallery offers the option to receive your painting ready to hang or rolled in a tube.

Currently, the frames listed will be only ship up to a certain size. Once the maximum size is reached, the framing option is automatically disabled.

However, if you are interested in stretching or framing a painting larger than 24x36 inches (60x90 cm), please contact one of our customer success associates or let us know in your order notes. We will send you a catalog of our large framing styles and pricing options.

Unframed rolled canvas orders will arrive rolled inside a protective tube with an extra 1.5" white canvas on all sides so you can easily frame it locally.

Watch this unboxing video from one of our happy clients:

White over Red 2 is an artwork inspired by the painting with the same title by Mark Rothko. Rothko is one of the most famous abstract painters of all time. Originally from Latvia, the painter immigrated to the US when he was still young. Through the association with other artists from foreign origins along with his aesthetic principles, Rothko reached an unmistakable visuality. His art tends to create either a reaction of rejection or admiration, as he worked with simplified forms with subtle color changes and working with big canvases. White over Red 2 is a painting from the end of 1950, painted in Rothko’s distinctive style.

The Rohtkowitz, as they were called originally, were from the Russian Empire. They fled the country facing hate speech toward the Jewish community, arriving in the US when the painter was still young. Yacov, his father, passed away a couple of years after their immigration. Most of his siblings had to work to make ends meet, but Rothko, through his strong education, was able to adapt fast. Winning a Yale scholarship, the soon-to-be artist entered the institution with high hopes. He won a Yale scholarship but fell out of admiration for the university’s environment. Markus Rothkowitz had just found a conservative and sterile environment and having to do menial jobs while studying left him without any incentive to stay in the institution. He moved to New York with no expectations and there found his calling in art practice. The Russian-American artist Max Weber and Armenian artist Arshile Gorky were his first masters and introduced him to drawing fundamentals and painting techniques.

Rothko later studied under Milton Avery, an American artist. Avery was deeply influenced by European Modernist artists, and even though his work was figurative, he emphasized formal aspects in his production. They met in 1928 when Avery strongly encouraged Rothko to become an artist. Soon enough, a circle of dissenters and mavericks gathered around the older painter, names such as Adolph Gottlieb and Barnett Newman joined the group as well, and in 1935, The Ten was formed. The collective of painters organized their exhibitions and harshly criticized the conservative stance of many institutions. Around this period, Rothko began exhibiting, even making solo shows, and gave classes to adolescents and children at an Art Center. At the end of the 1940s, after his long artistic journey, the painter arrived at what he called “multiforms” and eventually the usual two to three rectangles and color field paintings.

White over Red 2 is an abstract oil on canvas. Following Rothko’s usual restricted approach, there is an intense red background, in which we can see an underlayer of darker paint below it at some spots. There is a luminescent rectangle of white at the top, giving a strong point of attraction to the viewer’s eye. Through such minimal means, Rothko’s art is capable of evoking the most profound sensations.

If you have any request to alter your reproduction of White over Red 2, you must email us after placing your order and we'll have an artist contact you. If you have another image of White over Red 2 that you would like the artist to work from, please include it as an attachment. Otherwise, we will reproduce the above image for you exactly as it is.

100% money back guarantee
Below are images of our actual reproductions. Visit our Samples of Quality Page for more samples.

Our paintings are 100% handmade by an experienced artist

Some companies claim to be selling handmade paintings when in fact they use printing presses and screening methods to speed-up the reproduction process and lower costs. We've been selling genuine handmade online since 2003!

Some companies claim to be selling handmade paintings when in fact they use printing presses and screening methods to speed-up the reproduction process and lower costs. We've been selling genuine handmade online since 2003!
Finest quality stretching, gallery wrap or framing
Purchasing without a frame (unstreched canvas)
When purchasing a painting on its own, it will arrive rolled inside a secure tube with an extra 1.5" of white canvas on all sides so you can easily frame it in any local frame shop.
Purchasing a frame

Stretched, Gallery Wrapped and Framed paintings are covered with protective bubble wrap, separated by foam board and then carefully put into the cardboard box.