Magnolia Grandiflora is a still-life painting by Martin Johnson Heade. Heade was an American artist of the 19th-century. His work consisted mostly of landscapes of salt marshes and tropical places, such as Brazil and other South American locations that he visited during his life. While his settings of forests and seascapes may comprise his most known artworks, later in his life, the painter developed a great interest in still-life. The Magnolia, along with apple flowers, was one of his most beloved subjects, and he did many paintings of it during the 1880s.

Martin Johnson Heade was a very peculiar artist in his time. Even though he developed a close friendship with the acclaimed painter Frederic Edwin Church, he never fully adapted to the New York art scene. The artist was also never elected by the National Academy of Design during his lifetime, an institution for professional artists. His body of work has been reevaluated during the 1940s, and since then, his canvases have been selling in auction houses at impressive prices.

Johnson was firstly associated with the Hudson River School, a significant art movement in the US and one of the first to claim an original and authentic American art. In fact, Johnson's work was influenced by them, especially by Church's oeuvre. Still, notable academics on his work now insist that he didn't belong to that circle of painters and that his paintings' particularities go beyond the aspirations of the Hudson River School.

Magnolia Grandiflora is an oil on canvas. With a rectangular shape, it features dimensions of 38.42 cm x 61.28 cm. In it, there is a typical visual arrangement that the painter portrayed for his still-lifes: a dark background, a piece of cloth of vibrant color, and the blossom lying in the center of the picture. The composition is reminiscent of the hailed still-lifes of the Dutch School. The bottom part of the painting is dominated by the intense red fabric, with its volume and texture masterfully painted. The leaves and the whole flower were painted very carefully, a trait that is present in all of Heade's work. The blossom is positioned just a little to the left, and its white petals are the brightest part of the painting. The background was done with a gradient of brown-yellow pigments, going for the bright timber to complete black at the top of the image. 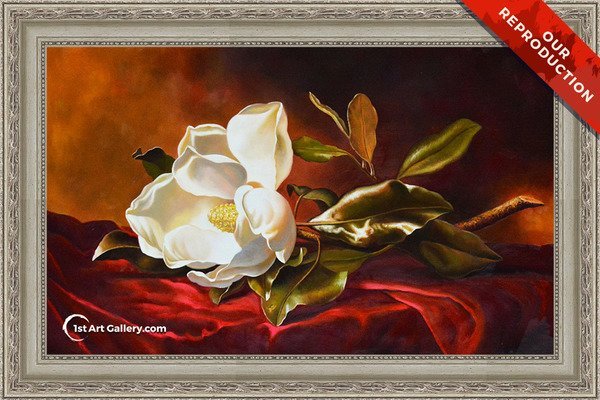 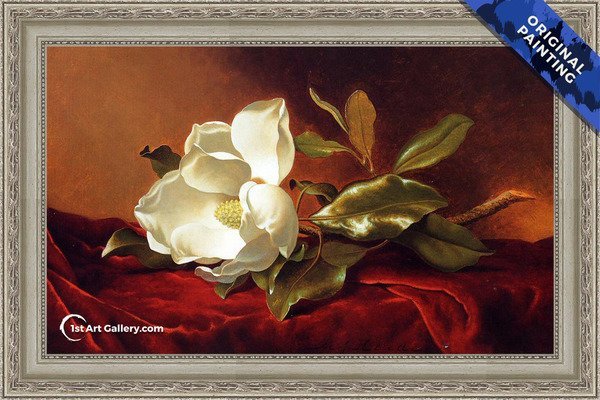 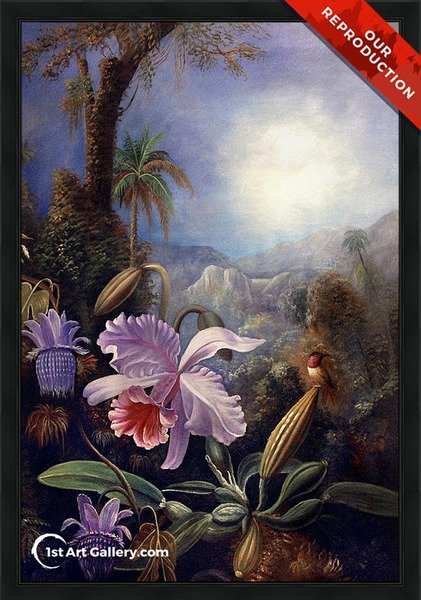 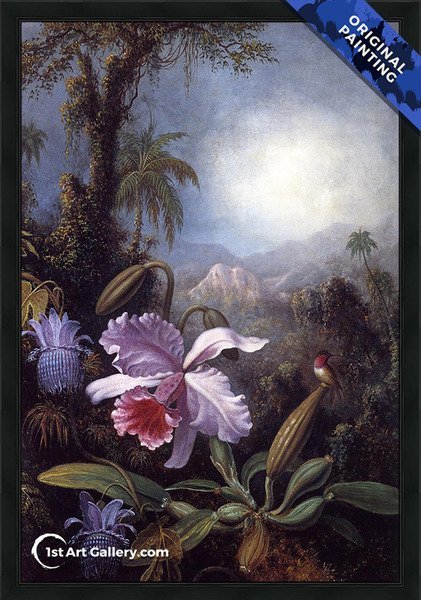 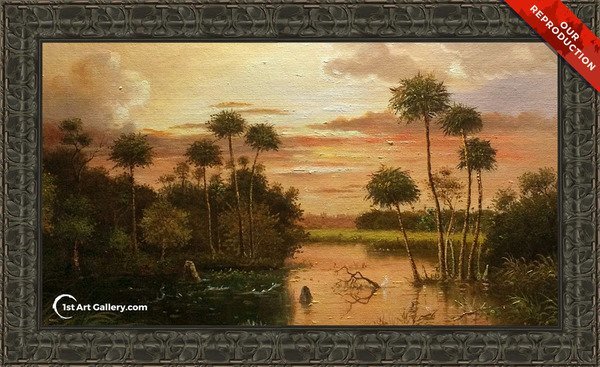 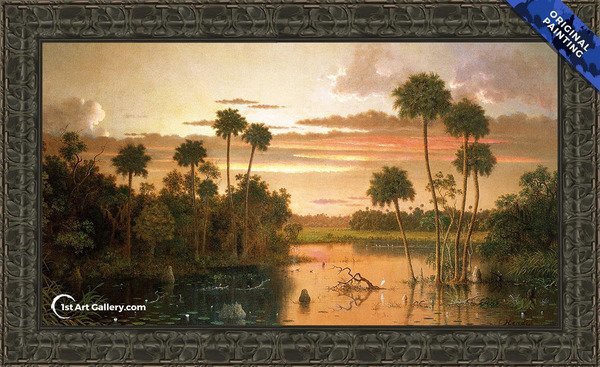 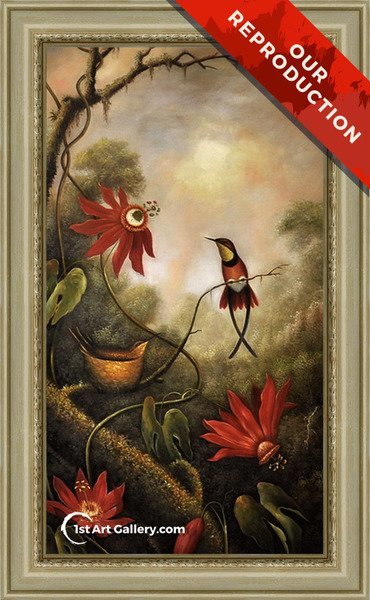 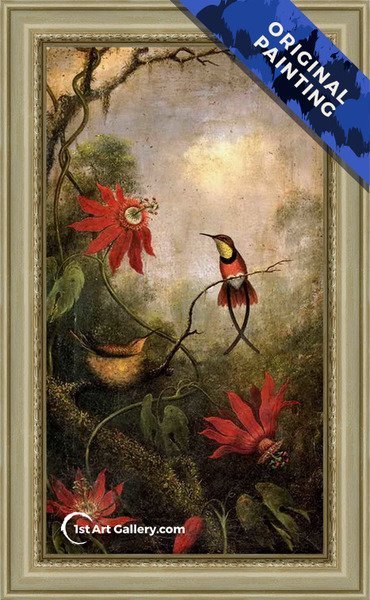 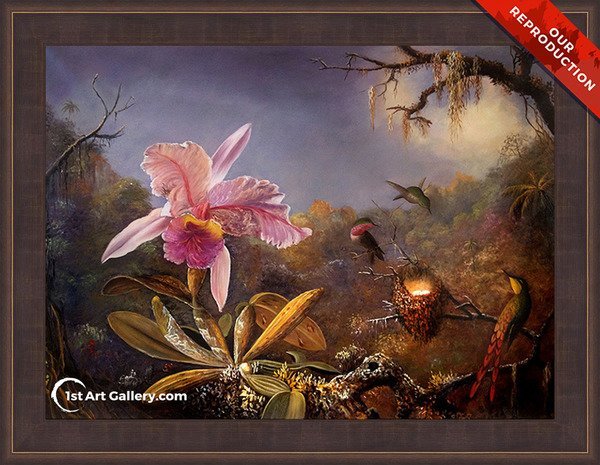 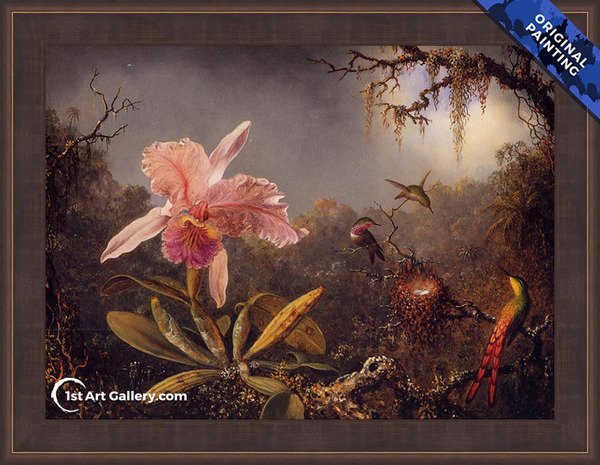 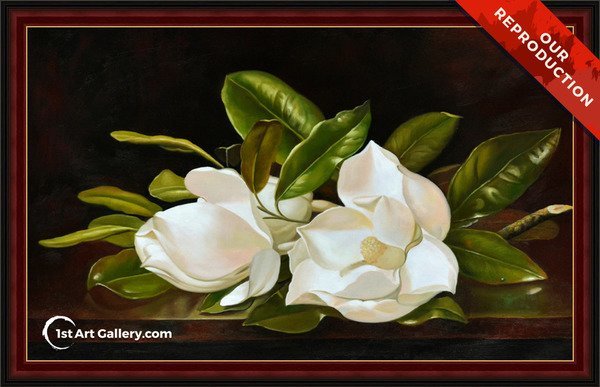 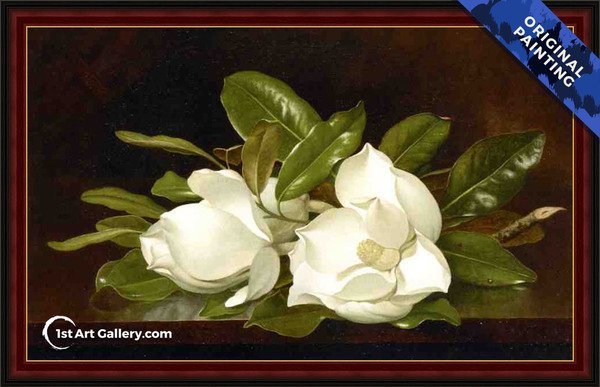 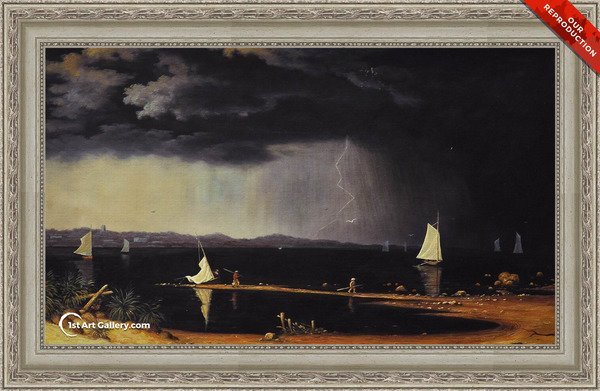 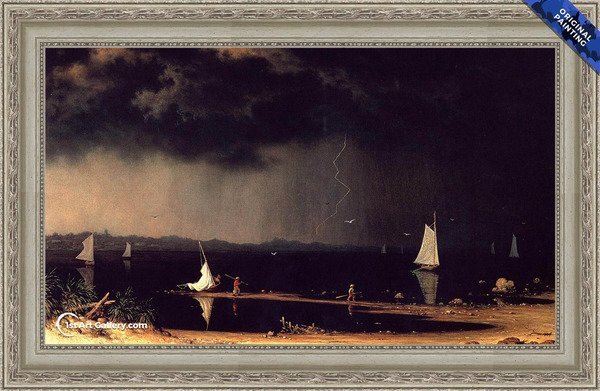 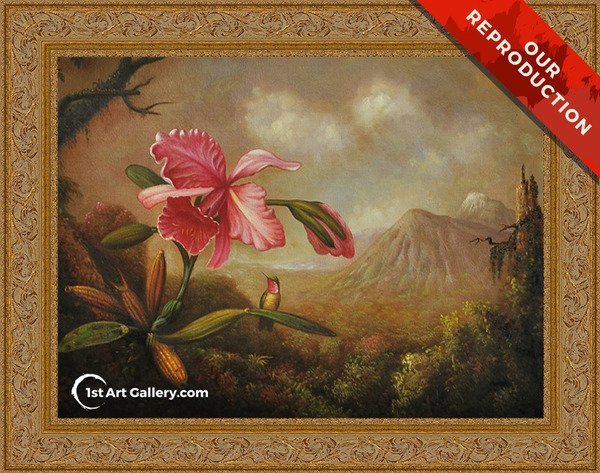 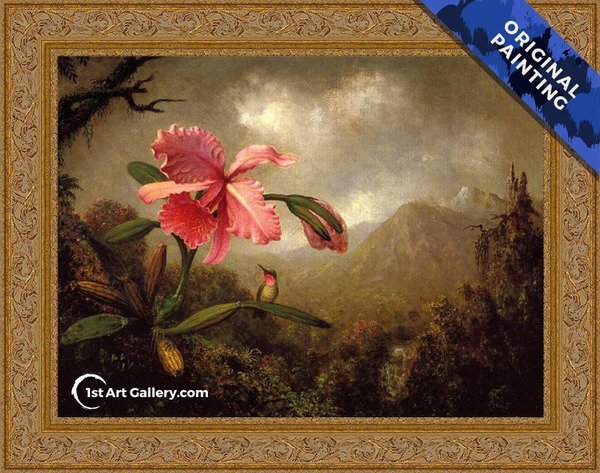 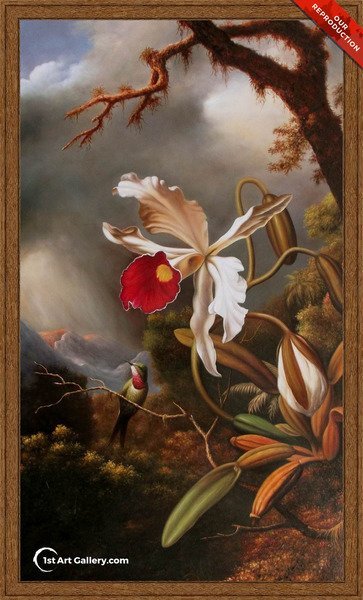 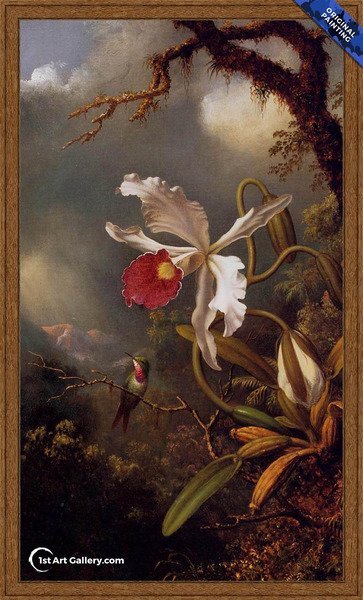