Paul Cézanne is one of the most important artists of the late Impressionist movement. It is said that he was the leading artist to create a connection between the XIX century Impressionism and the early XX century new movements, brought to light by artists like Matisse and Picasso. The painter is also known as the father of all these movements, bringing new forms to explore the Impressionism with groundbreaking techniques and repetitive brushstrokes.

The Card Players is not just a painting, but a series of studies and paintings that led into this masterpiece. Cézanne was known for studying his subject matter thoroughly before composing the final piece. There must be around five works portraying card players around the world. All of them vary a lot in size and layout, showing an in-depth exploration of the subject matter.

This specific piece was painted during his later years. The theme of card-playing appeared later in his life. During this time, he spent long periods alone in his studio. A troubling personal situation slowly turned him into a recluse, and he produced more and more artworks. At this time, he divided his time between painting in Paris and Jas de Bouffan.

The paintings of men playing have a different number of players and observers, but this specific painting shows nothing other than two men sitting on a table. These two men seem to be intensely concentrated on the game. That creates a sense of intimacy and enjoyment, along with the fact that we don’t see any other characters.

The warm colors are present in the whole painting. Most of the shapes are filled with orange, brown, and beige pigments. Despite the warm aspect of the entire set, we can see shades and shadows on the suits, under the table, and on the glass painted in shades of lilac, purple, and deep blue. Shading the forms with the complementary colors is one of the most important Impressionist characteristics, and that makes of Cézanne a vital artist in the history of this movement.

The man on the left has a light brown jacket and a light brown hat, and his trousers are beige. He is smoking a light-colored pipe covered by his brown mustache. The man on the left has a yellow jacket and dark pants. He also has a brown mustache and hat. They play over a vivid orange table with a tablecloth of the same color. On top of this table, there is a dark bottle of wine capped with a cork. They stand in front of a wooden and glass wall, like a pub or cafe wall.

If you have any request to alter your reproduction of The Card Players, you must email us after placing your order and we'll have an artist contact you. If you have another image of The Card Players that you would like the artist to work from, please include it as an attachment. Otherwise, we will reproduce the above image for you exactly as it is. 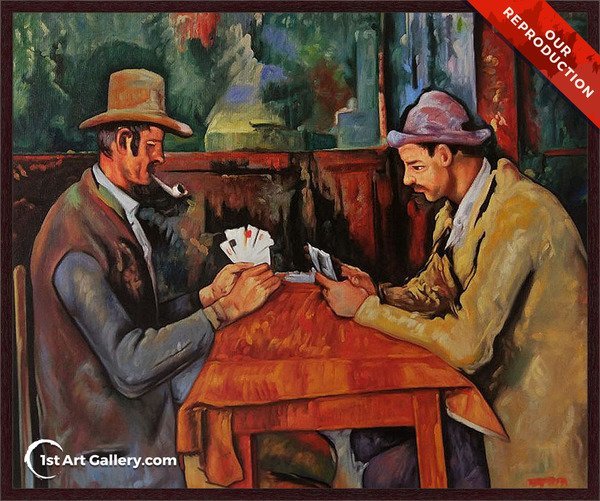 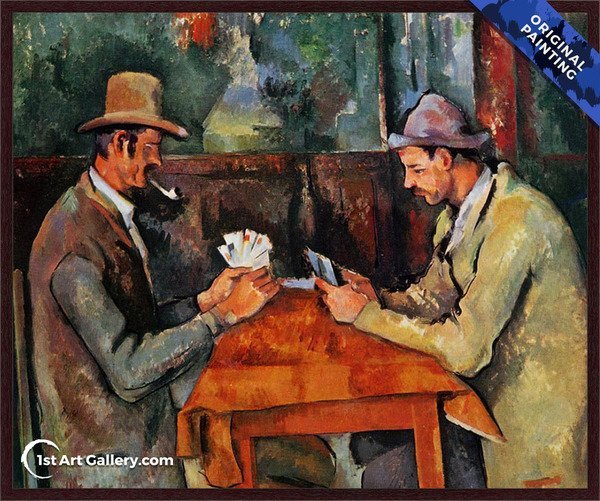 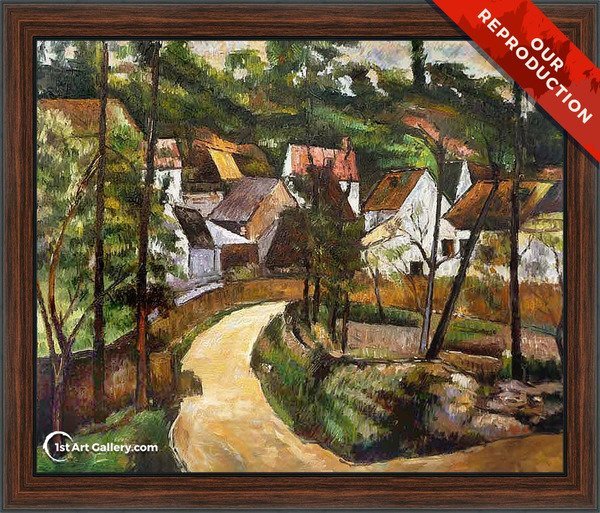 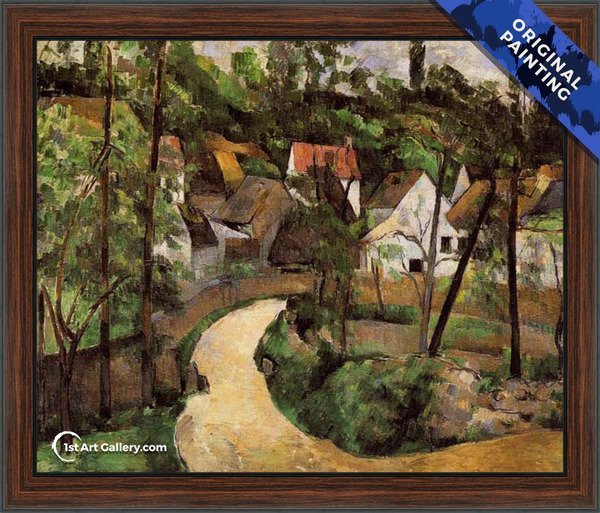 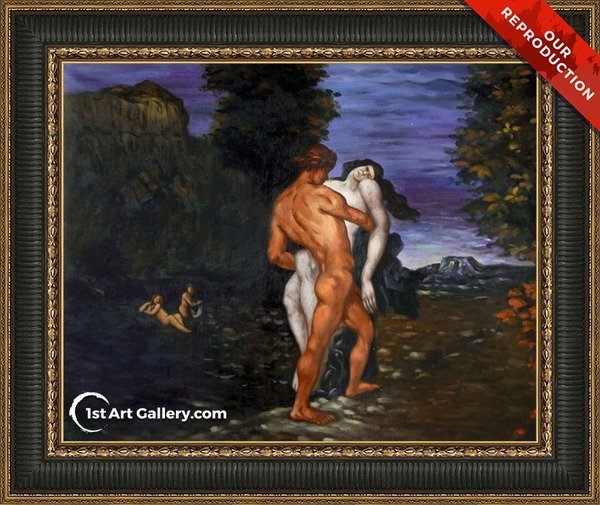 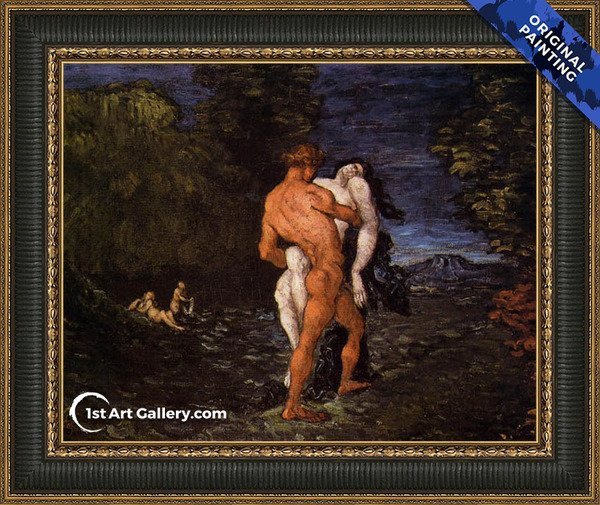 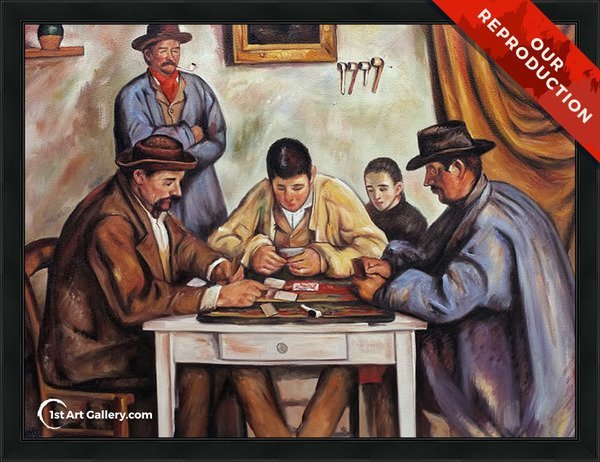 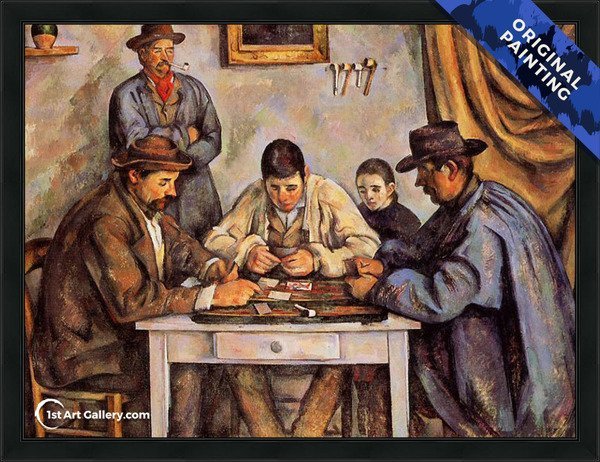 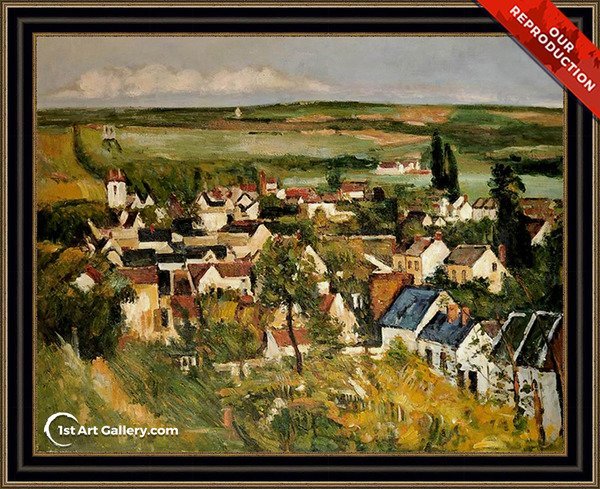 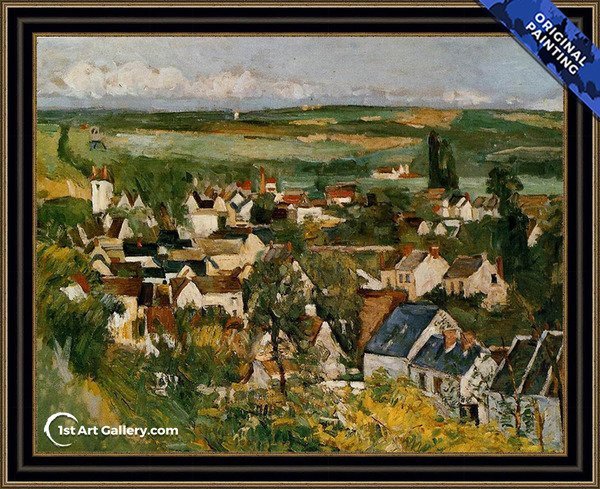 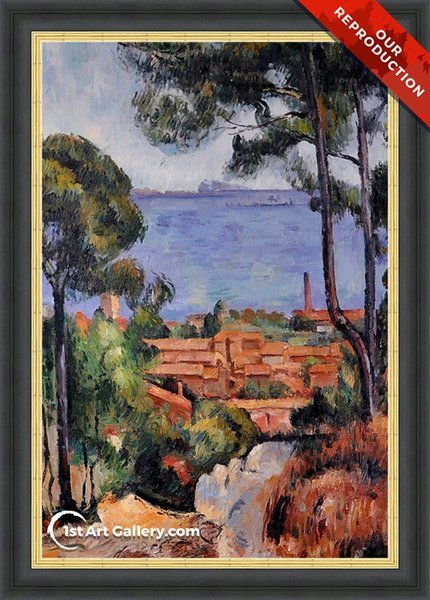 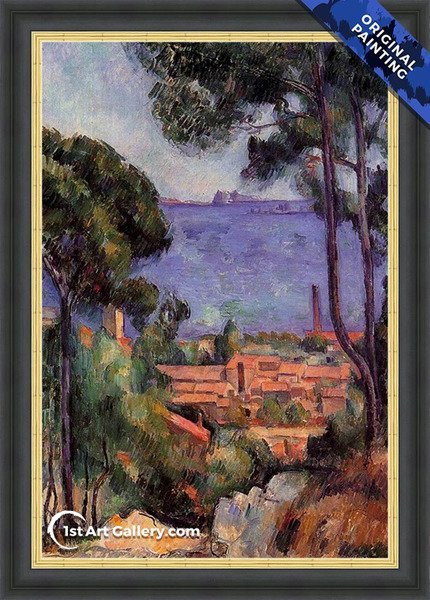 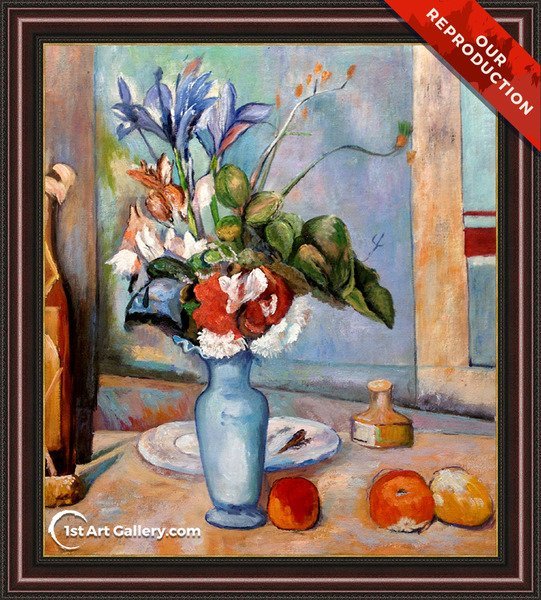 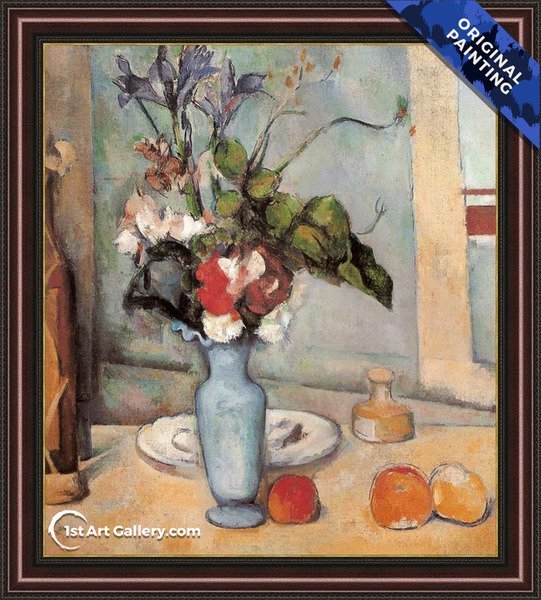 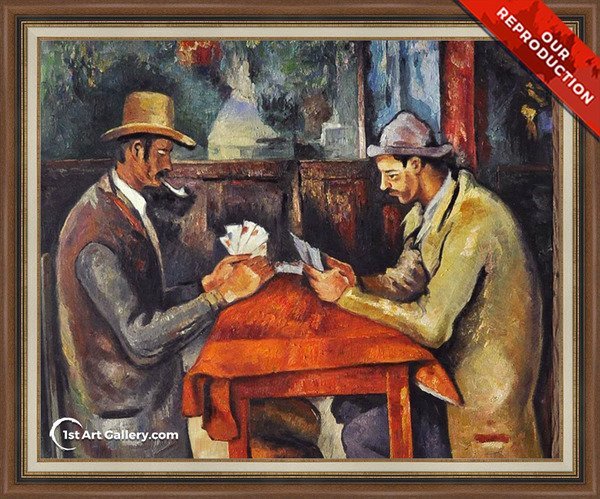 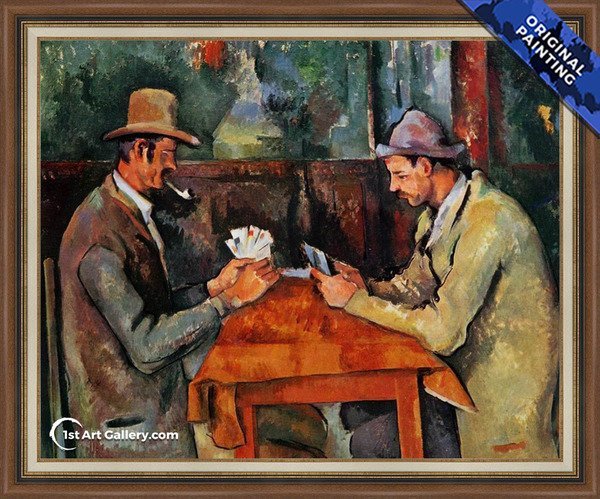 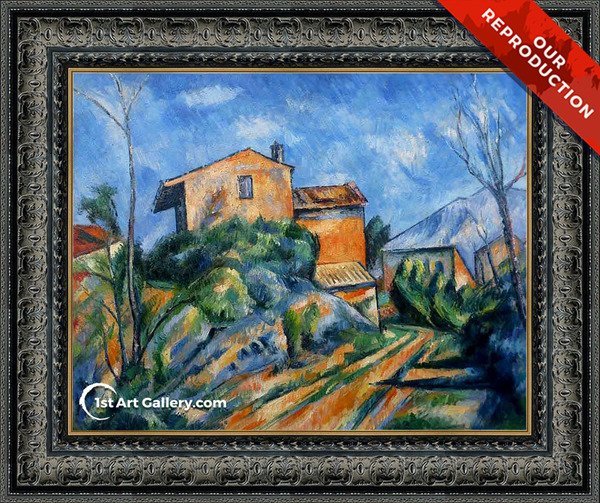 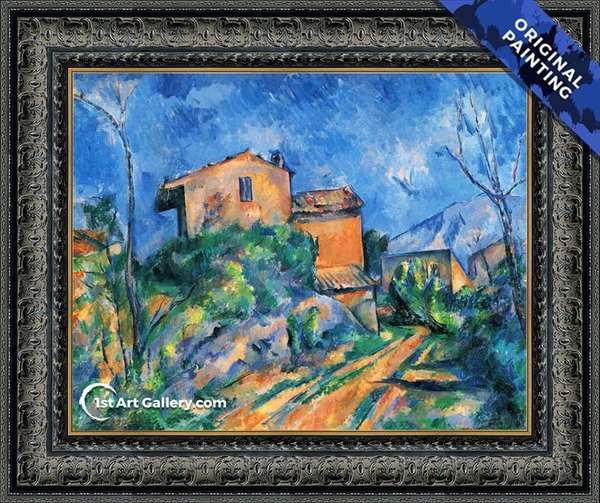 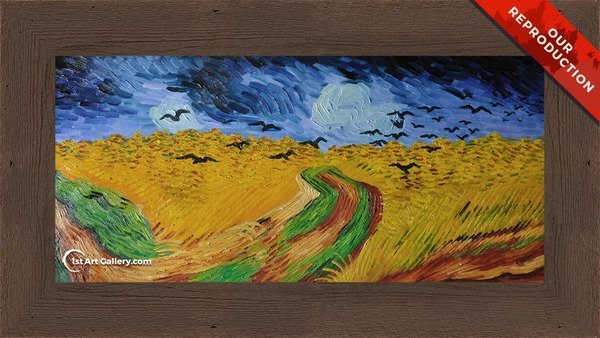 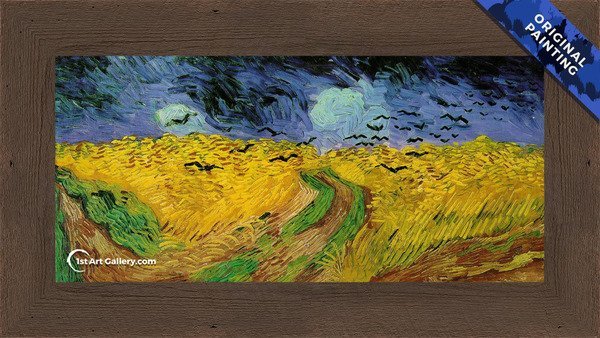