Initially conceived in 1829, but finished only seven years later, in 1836, the series of paintings named The Course of Empire was produced by the English-American landscape painter Thomas Cole, scion of what we now name the Hudson River School, an American style or movement which had among its main characteristics the ideological use of nature and landscape painting, which is masterfully done here by Cole. The primary objective behind the picture of the series was to portray an imagined trajectory of a civilization as it was thought of by Cole and his contemporaries. Inspired in great part by the Greek and Roman ruins seen by Cole in his first professional trip to Europe, the series depicts the trajectory as starting with a savage people, very similar to what was left of the Native American peoples in Cole’s time, having its apex with something akin to a Roman triumph in The Consummation of Empire, and finally being no more than a shadow over the landscape in Desolation.

In this penultimate instance, we have the decadence of the Empire, brought down on it not by internal factors or simply by entropy, but by an external invader, who rapes, burns, and pillages the civilization, bringing it back down to the primitive state. That choice, of portraying the empire’s downfall as an invasion is not only very telling of Cole’s understanding of History but is also a signal of his time’s historiography, one that used the discourse of the barbarian invasion as the end of civilization to forward their views on the politics of their time, seeing themselves as bastions of Western culture, holding fast against the attacks of the Oriental hordes.

Incipiently planned to be shown in a specific layout along with the rest of the series, which can now be seen in the New York Historical Society, the fourth painting in the series portrays Cole’s idea of a barbarian invasion, happening to the same city depicted in The Consummation of Empire, albeit from a slightly different angle. The bridge that was once crossed by the triumphant general has now crumbled under the weight of the troops, the statue of Athena, symbol of victory and wisdom, has been substituted by a headless Borghese Gladiator. The external invader destroys the symbols of might and development in a cautionary tale for Cole’s own time.

If you have any request to alter your reproduction of The Course of Empire: Destruction, 1836, you must email us after placing your order and we'll have an artist contact you. If you have another image of The Course of Empire: Destruction, 1836 that you would like the artist to work from, please include it as an attachment. Otherwise, we will reproduce the above image for you exactly as it is. 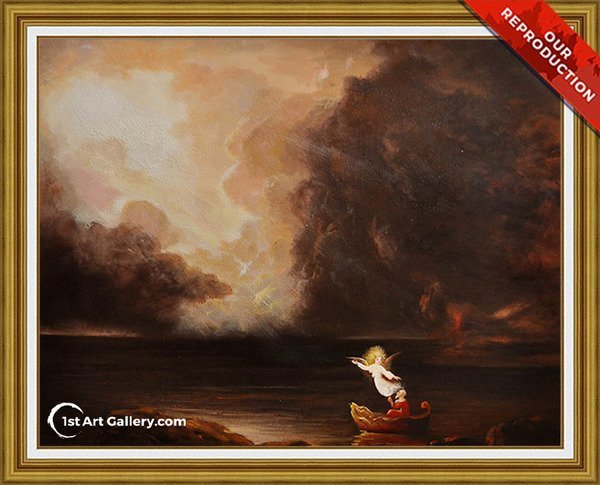 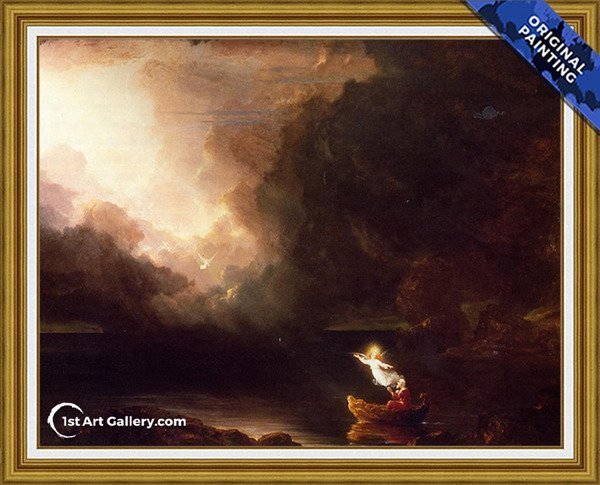 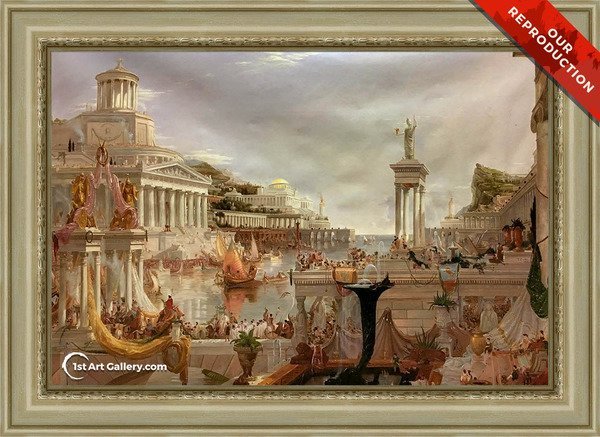 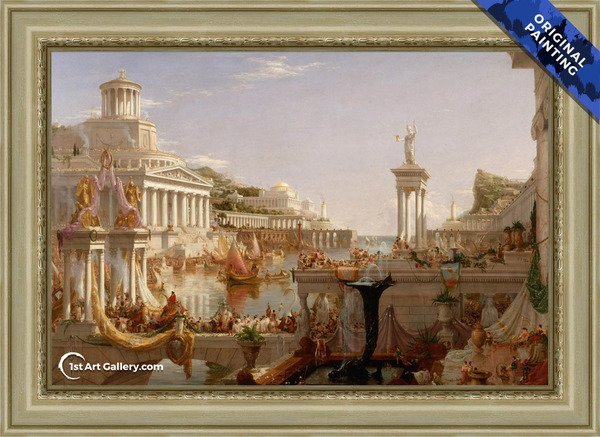 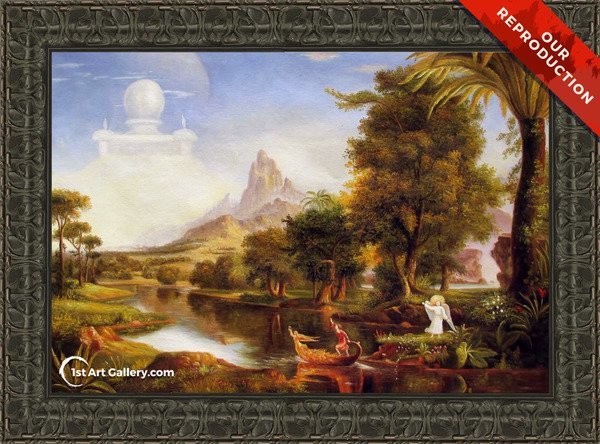 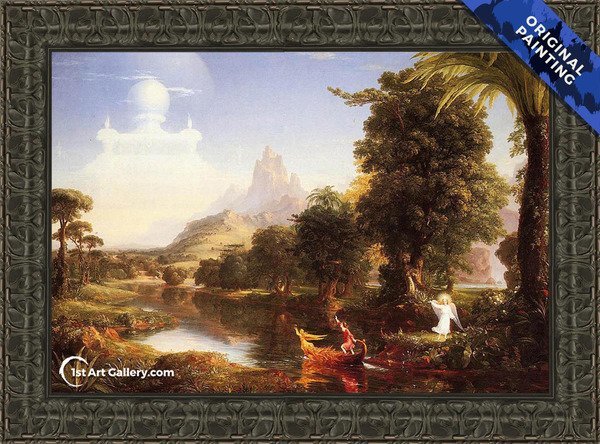 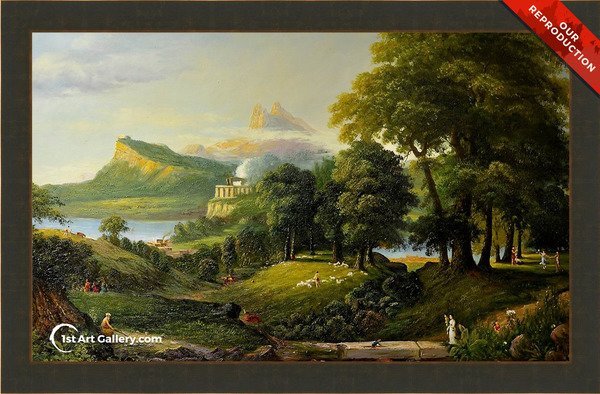 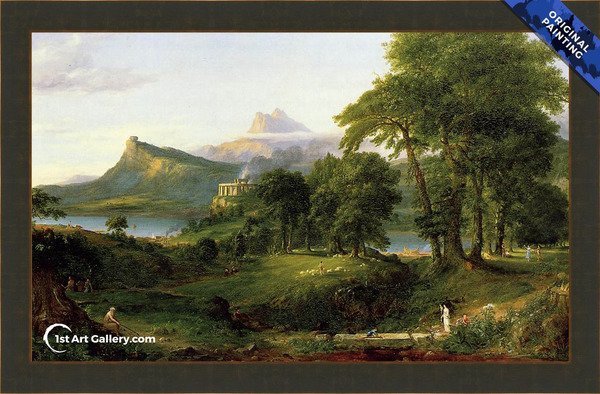 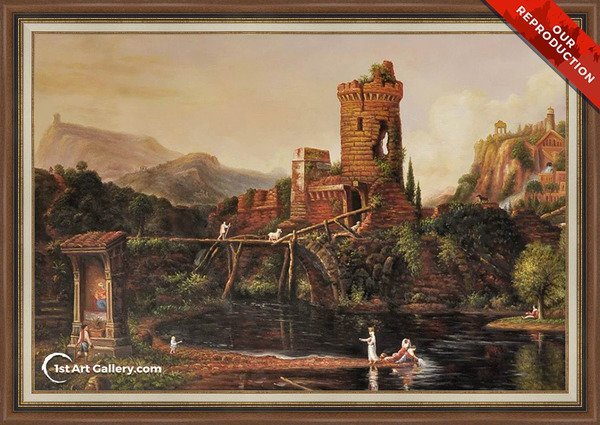 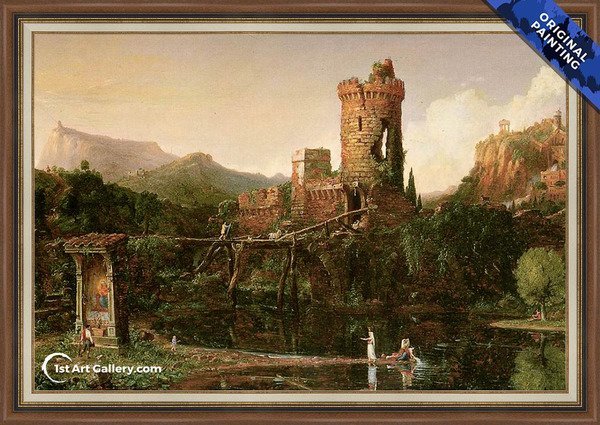 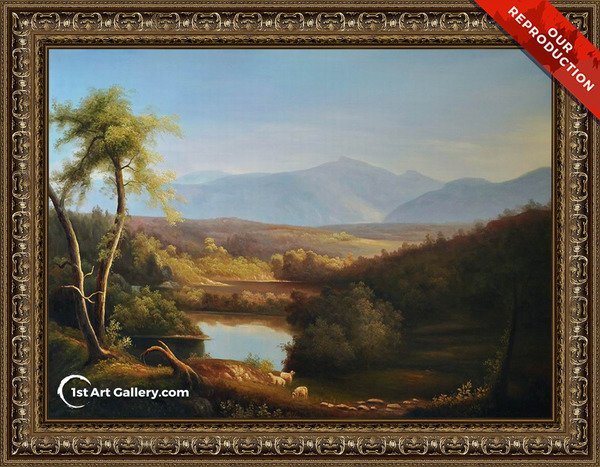 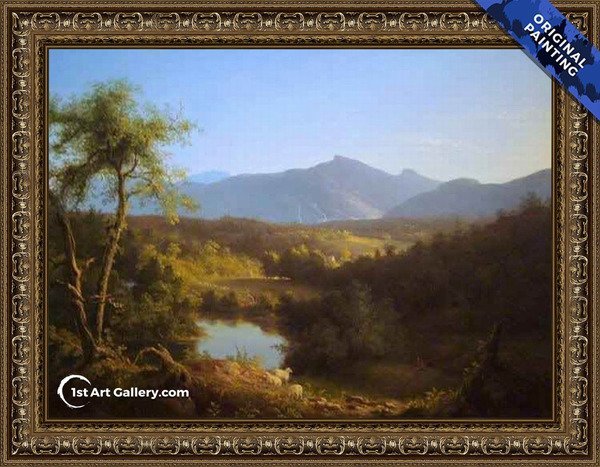 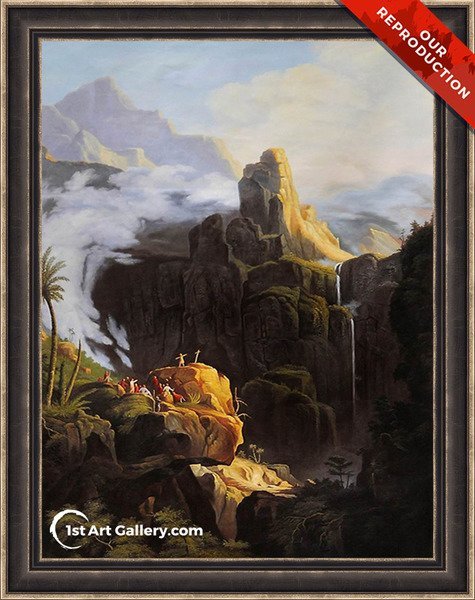 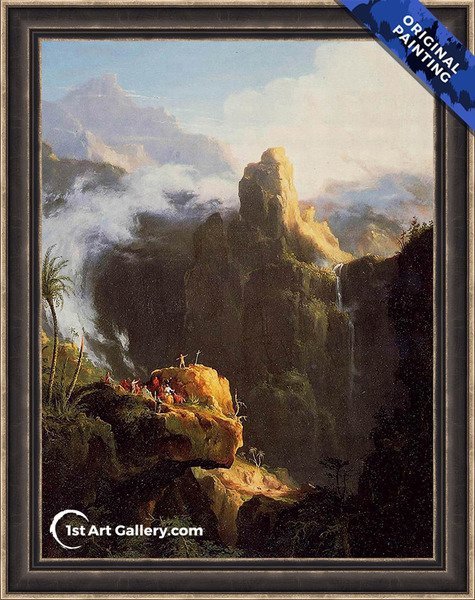 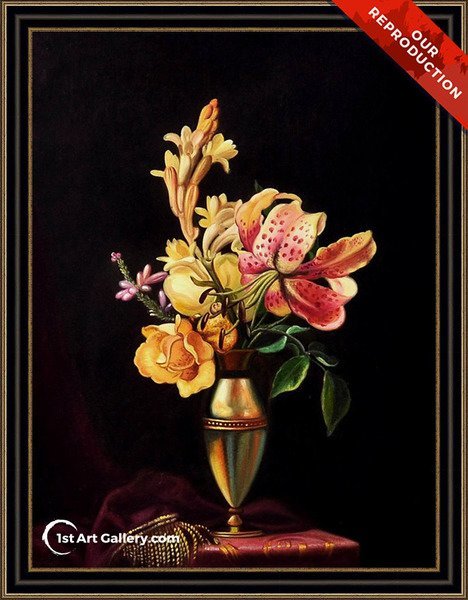 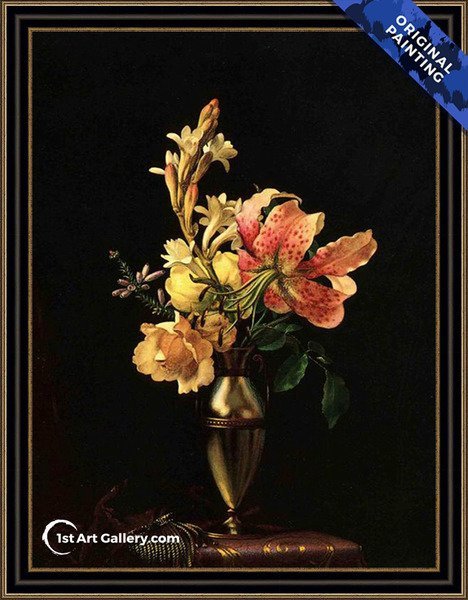 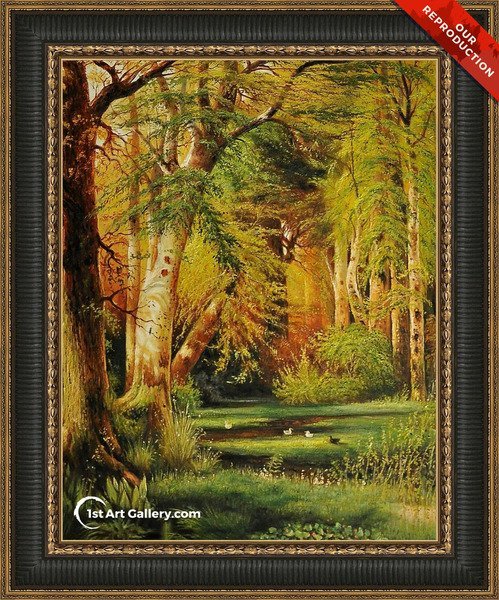 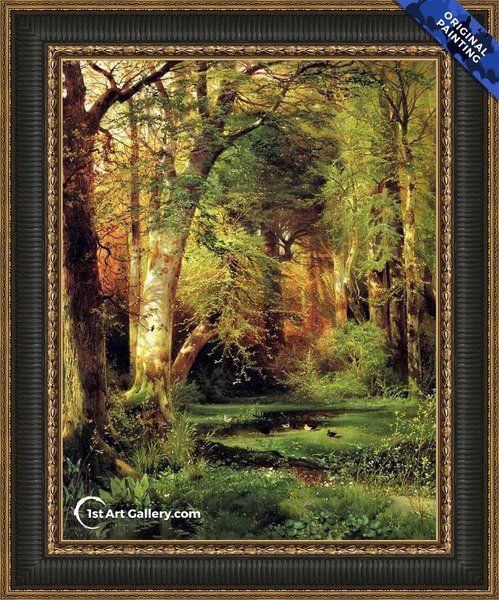 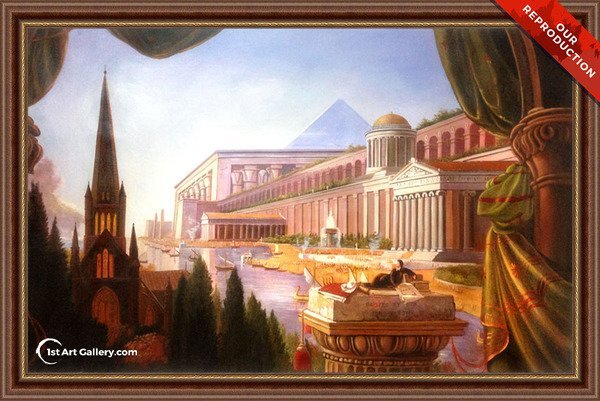 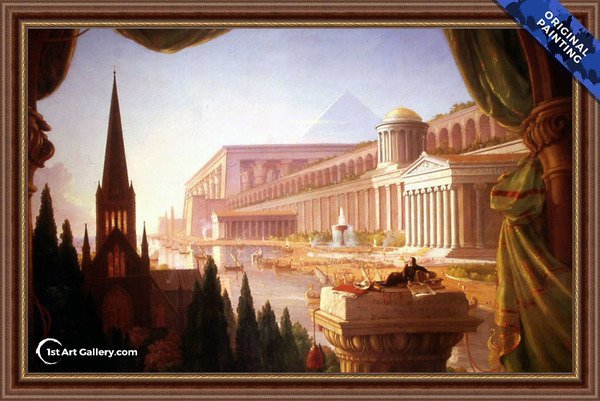