Viktor Vasnetsov's The Knight at the Crossroads, painted in various incarnations between 1878 and 1882 is a world of myth, legend, and nation-building iconography from the supreme Russian Symbolist painter. Vasnetsov featured prominently in the popular mindset of nineteenth century Russian visual culture, combining a fantastical thematic approach with the realist principles of the contemporary Peredvizhniki movement. One of his best known canvases, The Knight at the Crossroads is an imagined reproduction of the chivalrous warrior of medieval folklore literally caught solemn at the crossroads of his journey. Although not achieving critical acclaim, Vasnetsov's work remained prevalent through his illustrations of fairy tale compilations, and The Knight at the Crossroads is one such example of his populist creations. However, it was not until the mid-1880s that Vasnetsov, adopting a more religious approach to his choice of themes, would attract the attention of the famous collector Pavel Mikhailovich Tretyakov.

First produced to illustrate an edition of Kievan Rus' oral epic 'Ilya Muromets and Robbers', The Knight at the Crossroads, the artist produced this oil reproduction for the noted industrialist and patron of the arts, Savva Mamontov. Removing the winding road and hiding the face of the forlorn rider, this second version is suffused with a melancholic despair at the fate of the knight. The utter lack of choice ahead of the rider is made more bitter by the inscription on the milestone which reads: "If you go left, you will lose your horse. If you go right, you will lose your head". An imagined reproduction of the most famous of all the bogatyr knights, Vasnetsov's contemplative rendering of Ilya Muromets is staged like an actual historical event. Such was the emotional charge and popularity of such epics; for the Russian people they were as relevant as history itself.

If you have any request to alter your reproduction of The Knight at the Crossroads, 1882, you must email us after placing your order and we'll have an artist contact you. If you have another image of The Knight at the Crossroads, 1882 that you would like the artist to work from, please include it as an attachment. Otherwise, we will reproduce the above image for you exactly as it is. 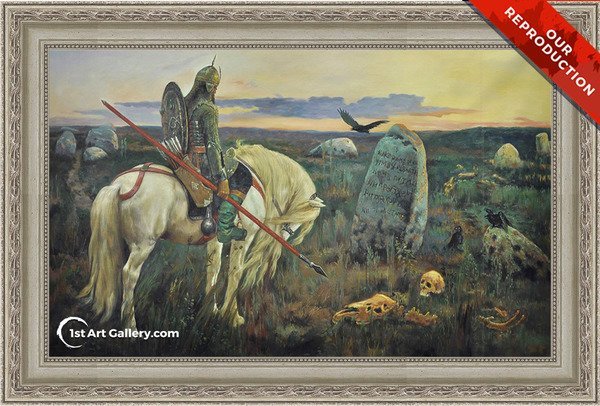 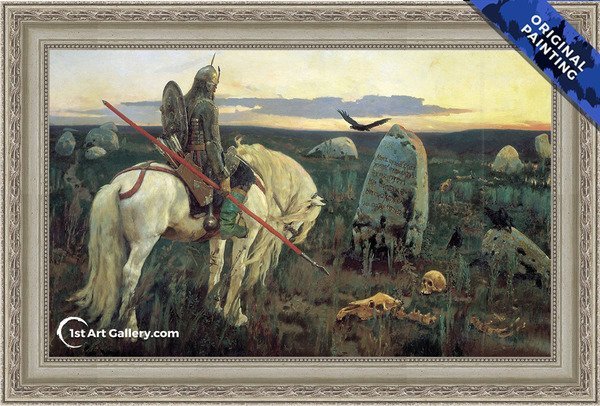 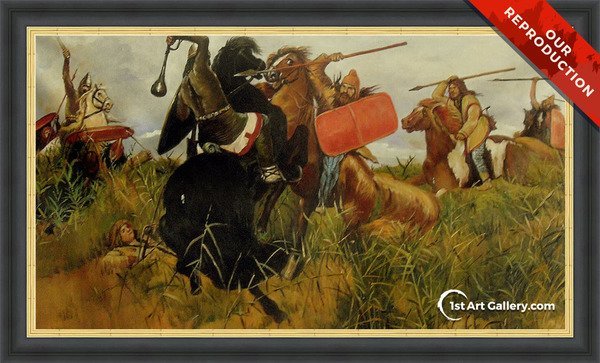 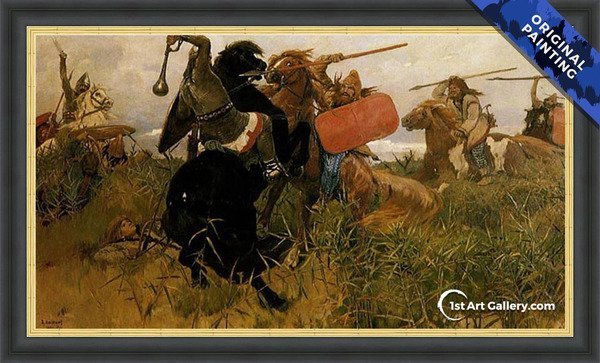 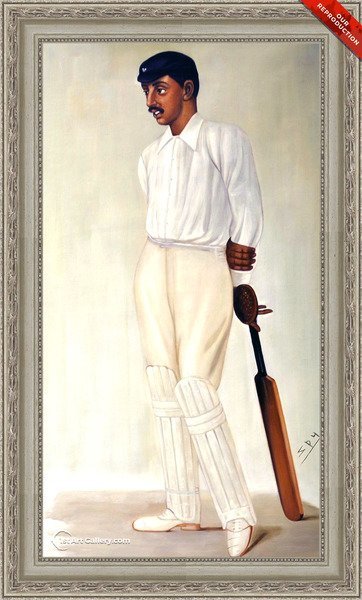 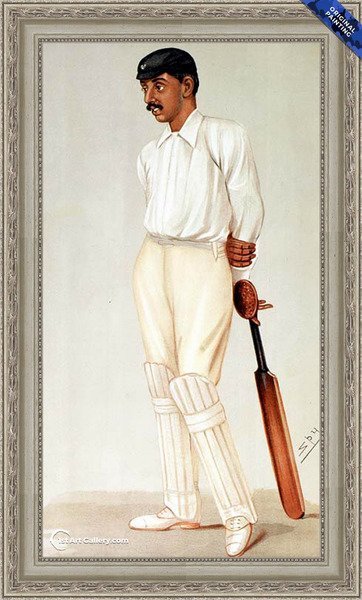 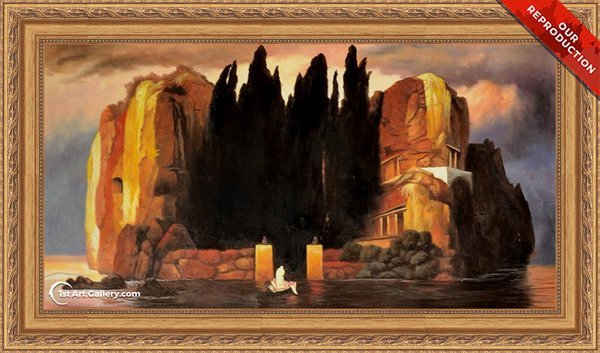 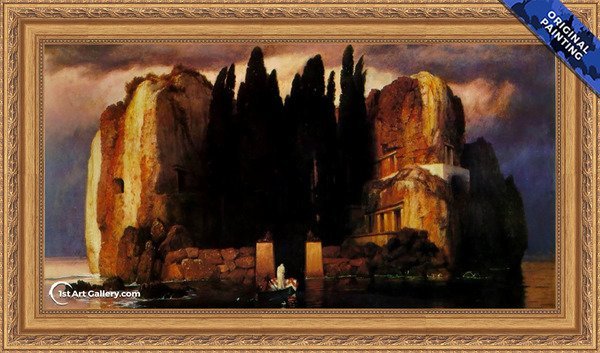 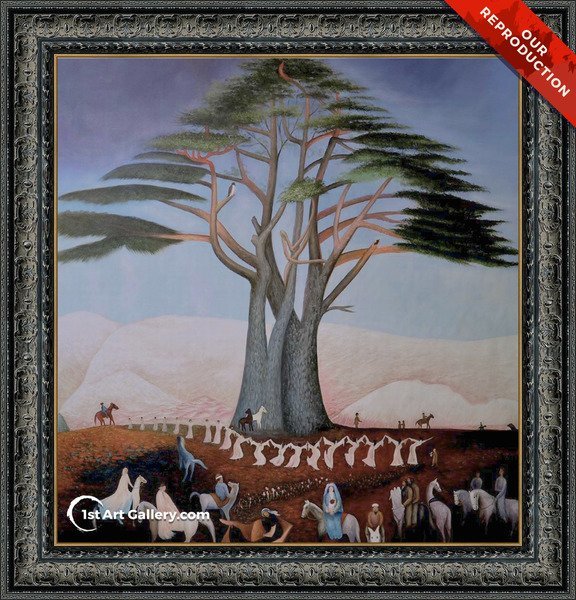 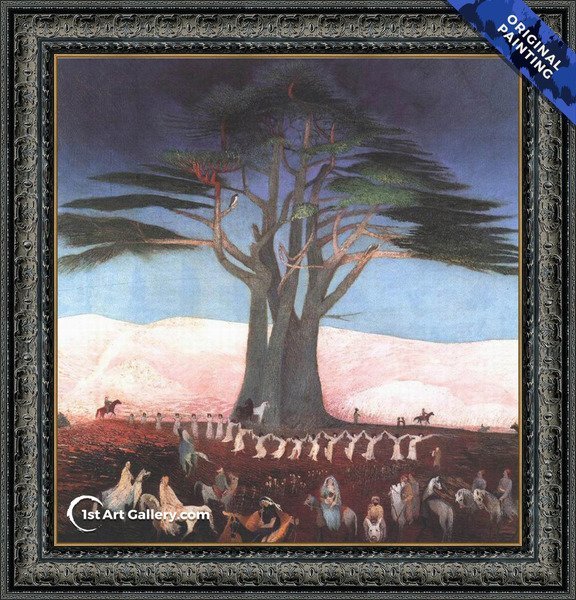 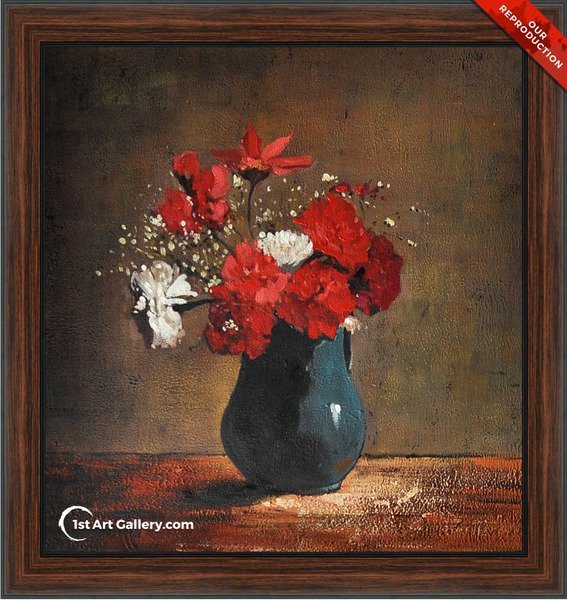 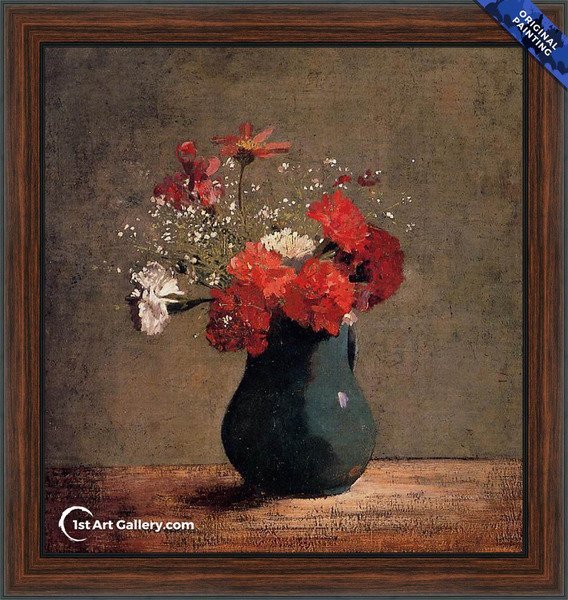 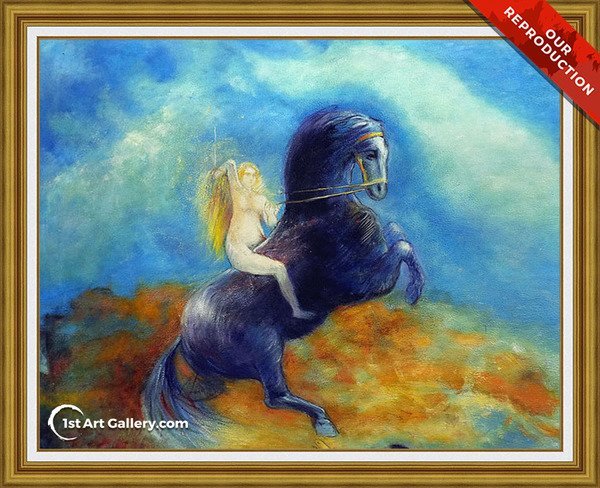 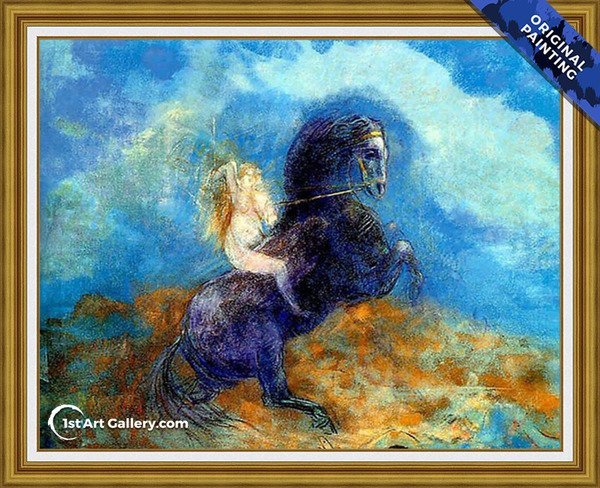 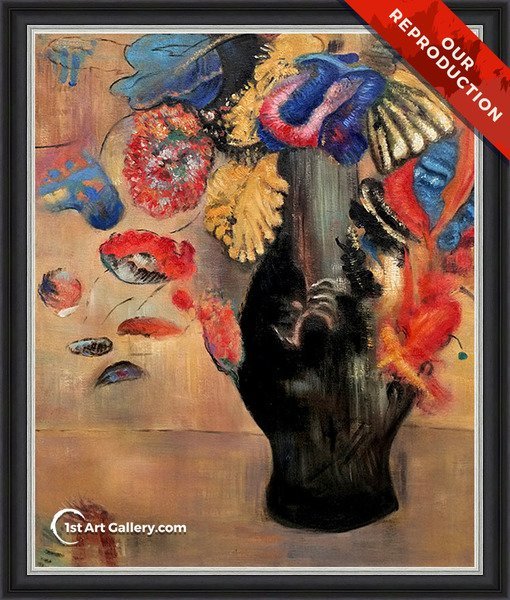 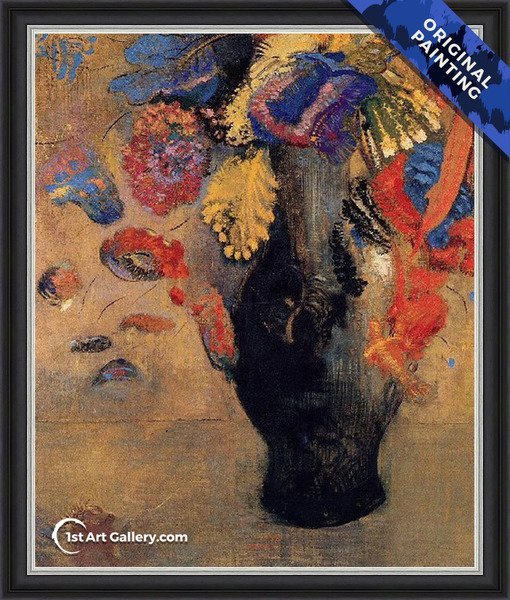