Wassily Kandinsky 1923 Composition VIII appears a decade after his Composition VII and reveals the sheer depth of change experienced by the artist during that tumultuous ten-year gap that saw the First World War, the Russian Revolution, and the disintegration of many of the world's empires. In stark contrast to the preceding work in the series, Composition VIII is a composition rich in confident, driving lines that describe an internal world of order and ambition. Diverging wildly from the apocalyptic iconography of Composition VII which, in many ways foresaw the abstract horror of the First World War, Kandinsky utilises a vastly different palette of colors to evoke the prevailing mood of his times in both the public and private realm. Further stressing his belief that an emotional response is superior to a perceptual one, Kandinsky uses Composition VIII to articulate his unique visual lexicon. Almost three decades previously, in 1896, the artist witnessed a performance of Wagner's Lohengrin at the Bolshoi and understood the potential for abstract compositions to trigger moods, conjure images, and follow a leitmotif. When experiencing Composition VIII side-by-side with a piece of modernist music, one is given the startling impression of witnessing a visual reproduction of the structural elements heard.

In his 1911 text 'The Effect of Color', the artist stated: "Color is the keyboard, the eyes are the hammers, the soul is the piano with many strings. The artist is the hand that plays, touching one key or another purposely, to cause vibrations in the soul." As subtle triggers and hints for the audience are abstract reproductions of musical motifs; the keys of a grand piano, the distinct dots and the distinct curvature of musical staffs. In preparatory sketches for the canvas, Kandinsky even included listeners in an auditorium, signaling that the original concept was to be clearly expressed as an impression, rather than an experience, of music. Kandinsky's Composition VIII is truly symphonic exploration of color and movement.

Composition VIII at the Guggenheim

If you have any request to alter your reproduction of Composition VIII, you must email us after placing your order and we'll have an artist contact you. If you have another image of Composition VIII that you would like the artist to work from, please include it as an attachment. Otherwise, we will reproduce the above image for you exactly as it is. 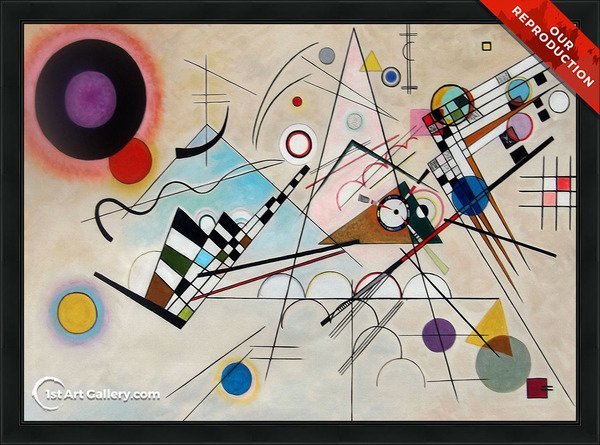 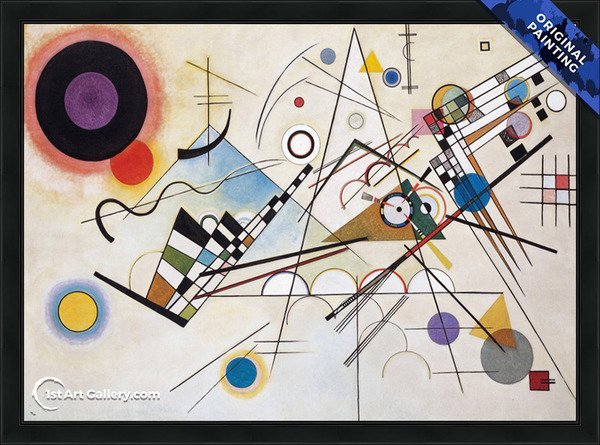 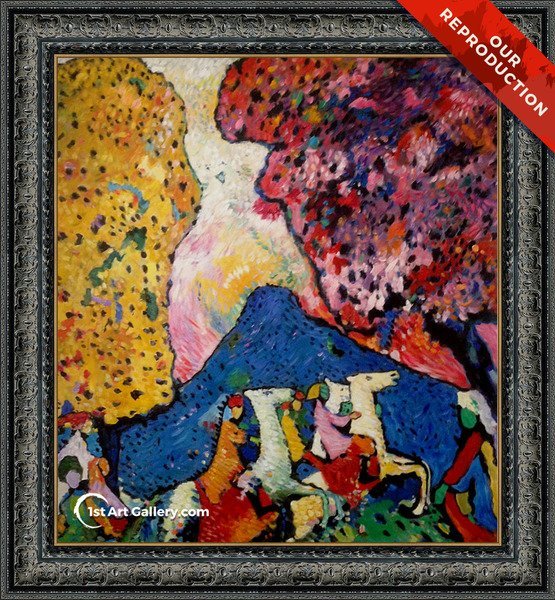 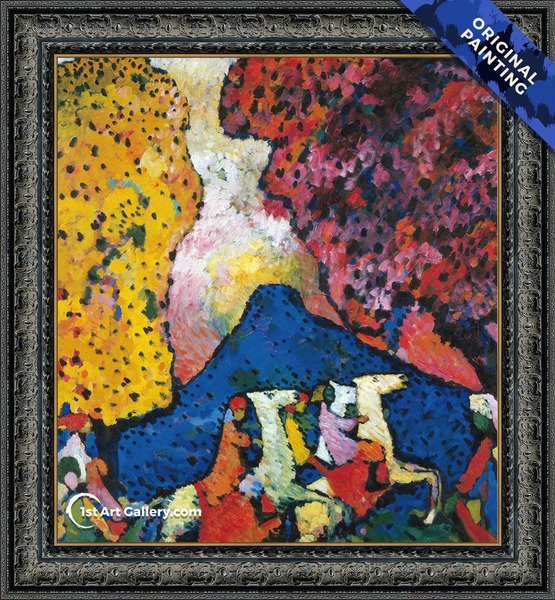 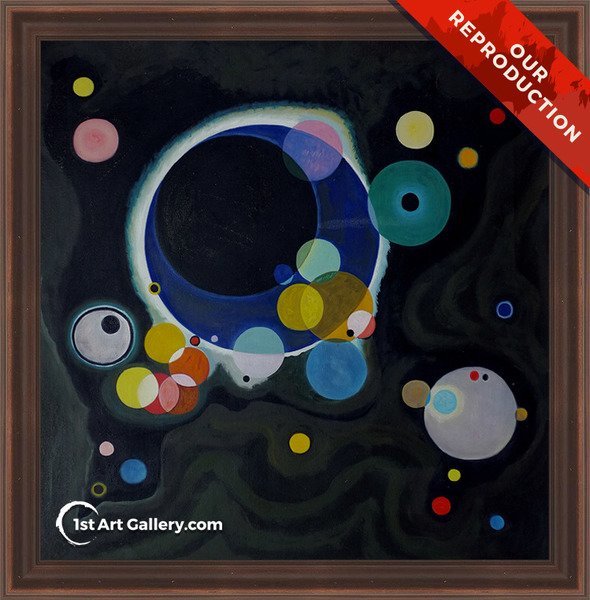 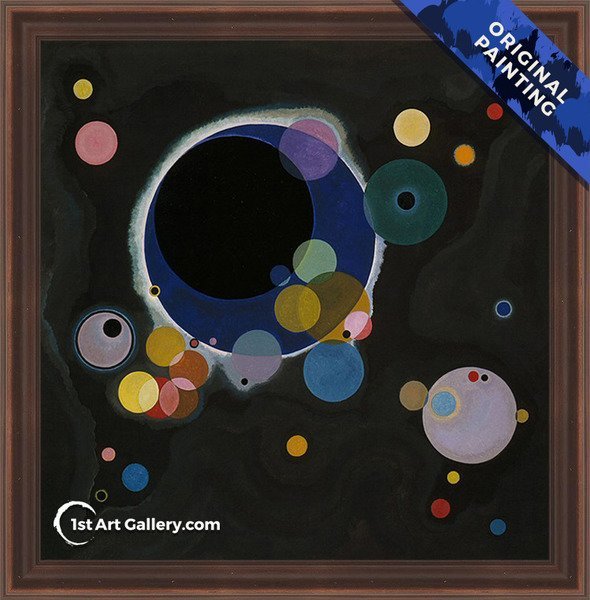 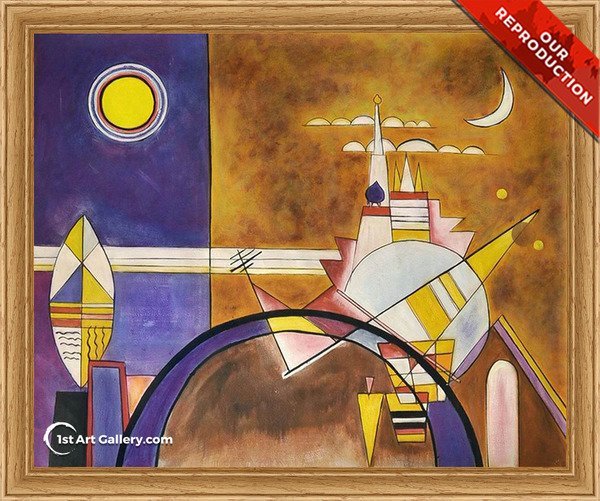 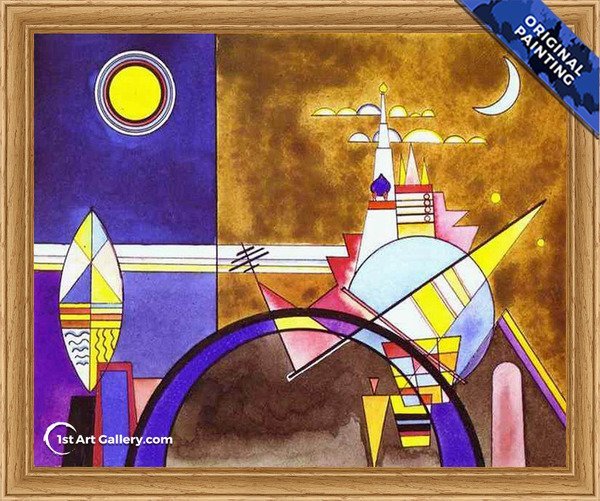 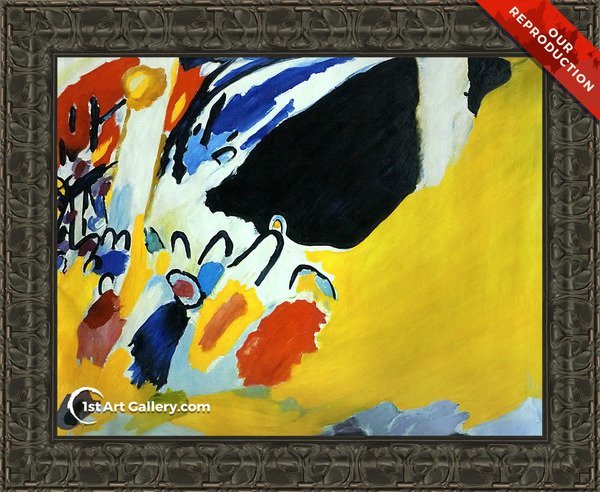 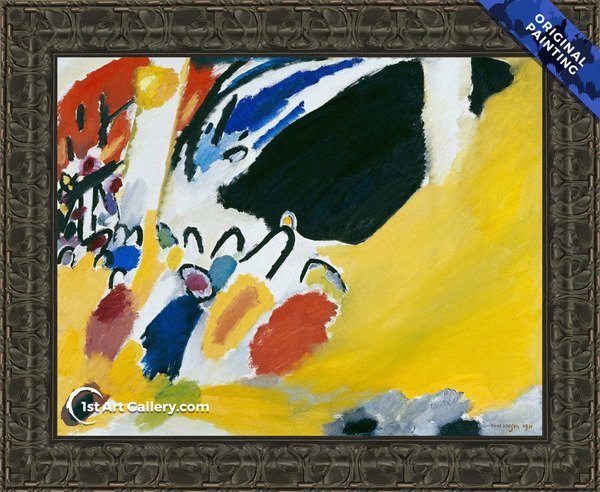 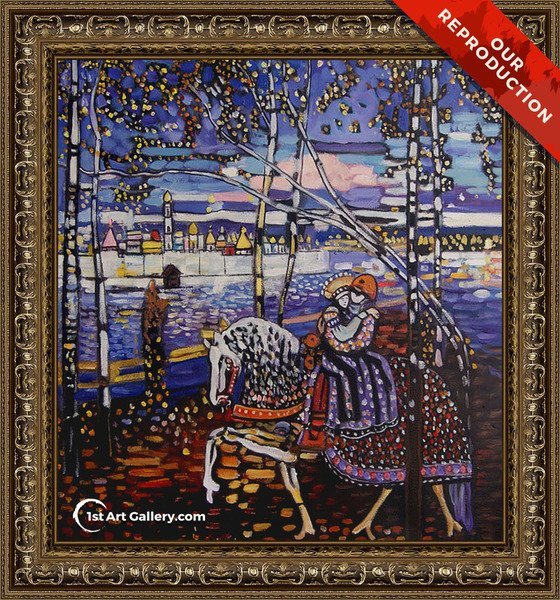 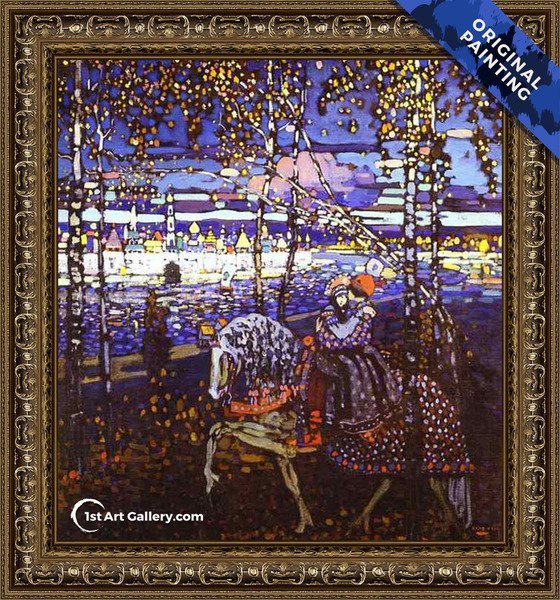 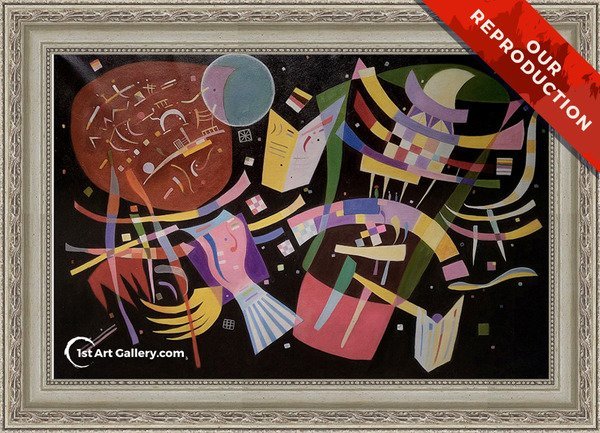 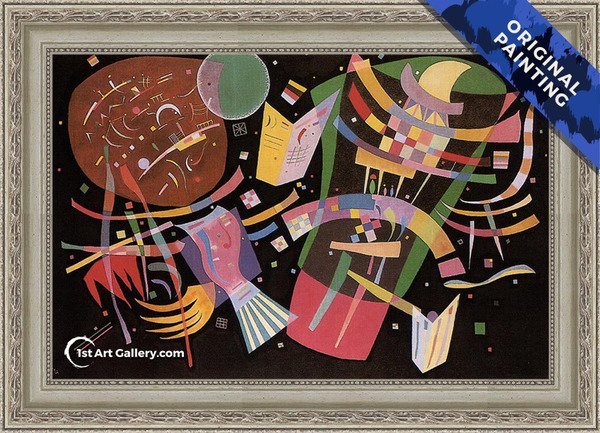 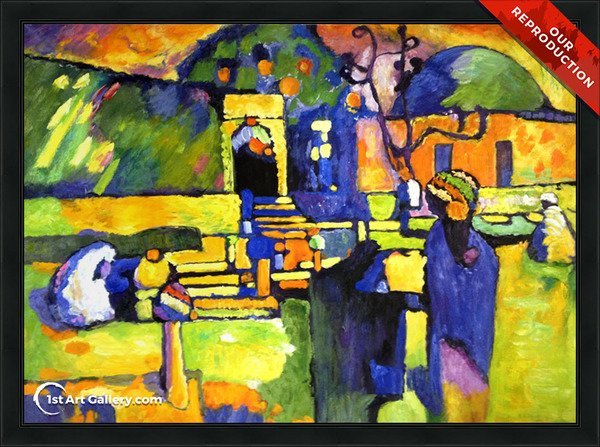 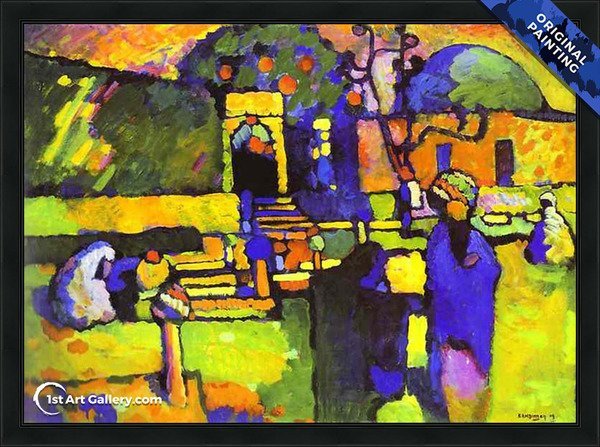 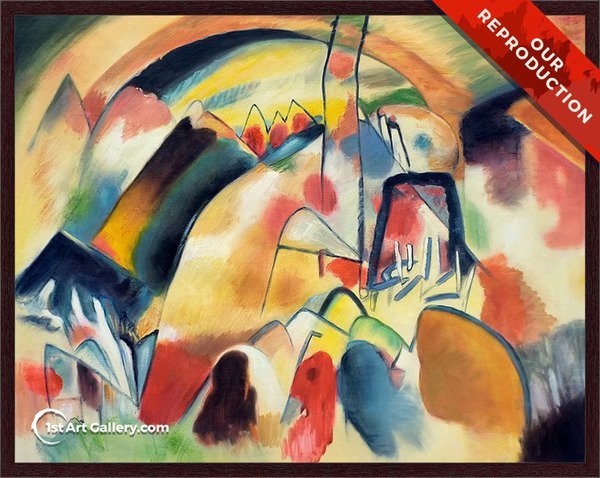 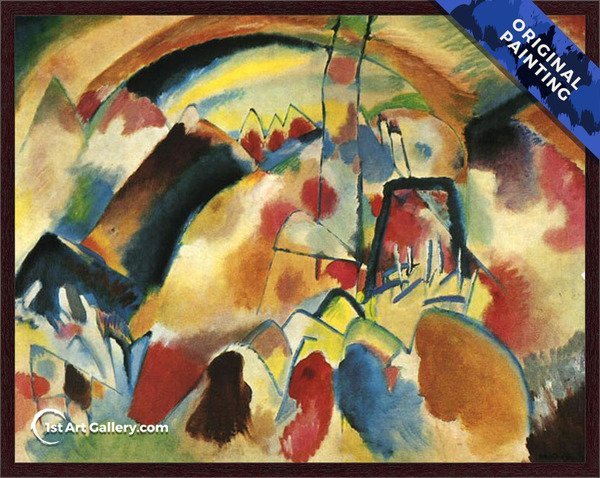 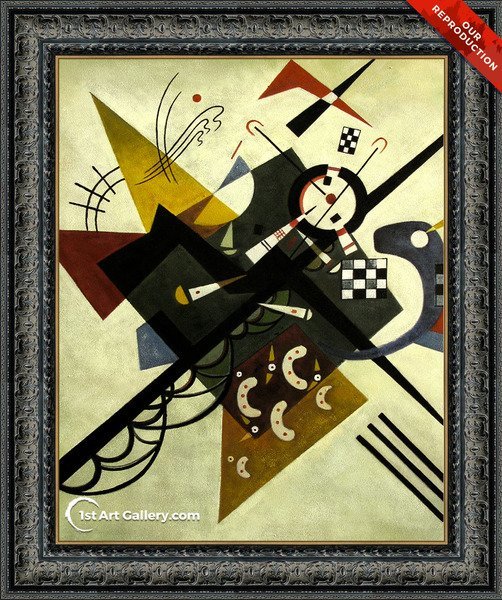 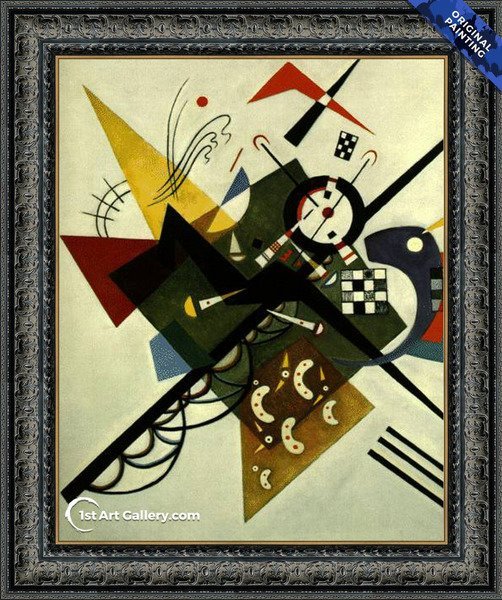