William-Adolphe Bouguereau concluded the captivating oil painting entitled A Childhood Idyll in 1900, only five years prior to his death. The artist often portrayed the idyll theme into his work – the term originated from the writing style of Theocritus and his short poems with pastoral subjects. The painter does not depict the poem itself, but the peasant and rural lifestyle. Bouguereau beautifully represents an innocent and idealized scene, modeled after the local children of La Rochelle, which he made frequent trips to.

To conclude the iconic painting A Childhood Idyll, Bouguereau dedicated many months to research, sketching, and careful observation, resulting in an incredibly realistic portrayal. The artwork is a reflection of the painter’s Classic Academic training during the late 1800s. Like many European artists of the time, Bouguereau was taught to mirror his work after the teachings of the ancient Greeks – consequently the Renaissance artists as well. Raphael was one of his most significant influences and he studied his artwork profoundly.

This masterpiece portrays two little girls sitting in nature, slightly off centered on the canvas. The girl on the left appears to be older and is facing to the side playing a thin flute while looking at the younger girl. The child on the right turned towards the viewer and supports one arm on her friend’s knees, also making eye contact while she crosses her small, stretched out legs. She delicately intertwines her fingers, giving her figure a more innocent touch. The girls have light brown hair, put up with simple hair ties and braids. Their feet are placed close to each other, and represent the area of the composition with the most detail.

By depicting the figures in simple peasant clothing, instead of fashionable garments of the time, Bouguereau was able to create an artwork relatable in many different decades – a timeless work of art. As usual, the painter gave exquisite attention to the natural folds of the fabrics, as well as the texture of the skin. Bouguereau developed a technique in which he accomplishes a dreamy atmosphere in the artwork, eliminating all signs of brushstrokes and achieving a smooth image. The two girls sit on the dirt grown painted in shades of brown and ochre, with some green vegetation around them, while the cloudy sky was depicted in shades of light blue and violet.

If you have any request to alter your reproduction of A Childhood Idyll, you must email us after placing your order and we'll have an artist contact you. If you have another image of A Childhood Idyll that you would like the artist to work from, please include it as an attachment. Otherwise, we will reproduce the above image for you exactly as it is. 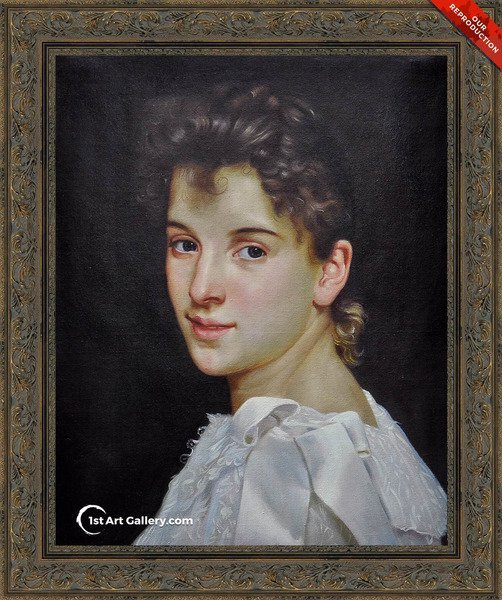 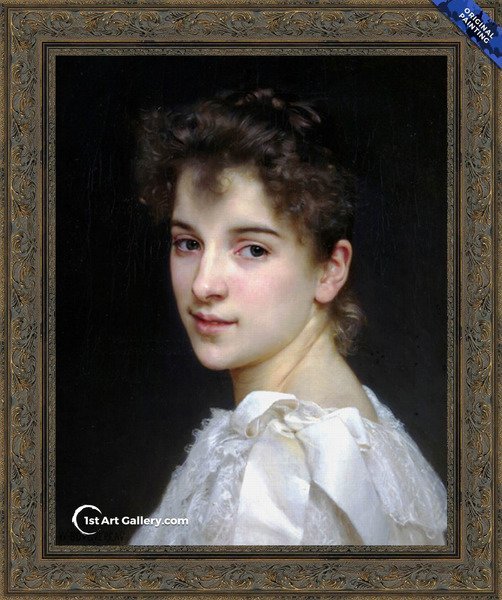 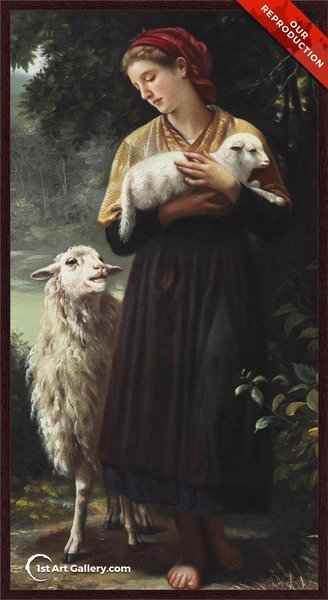 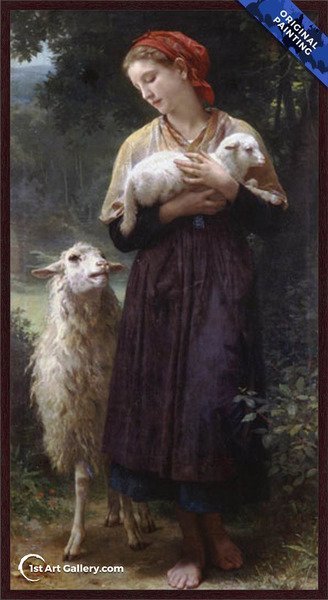 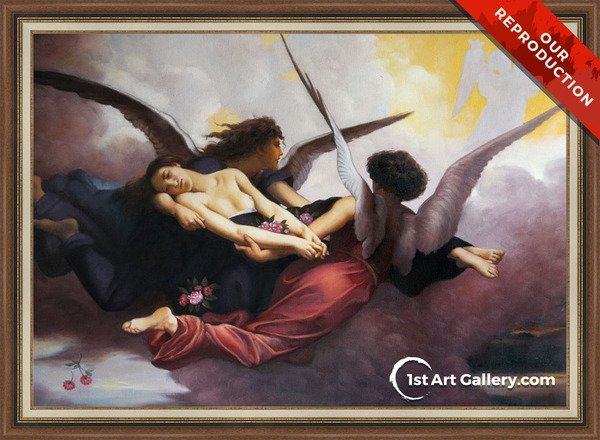 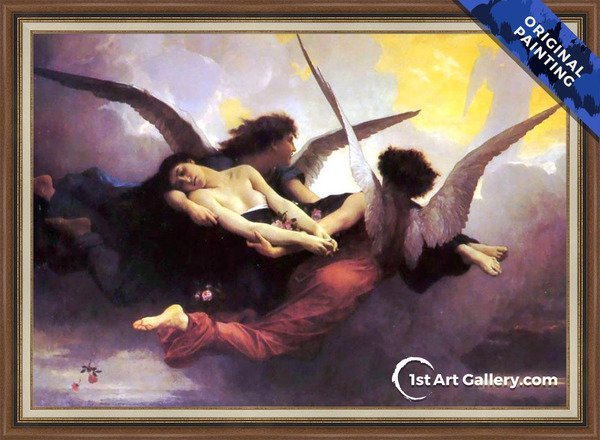 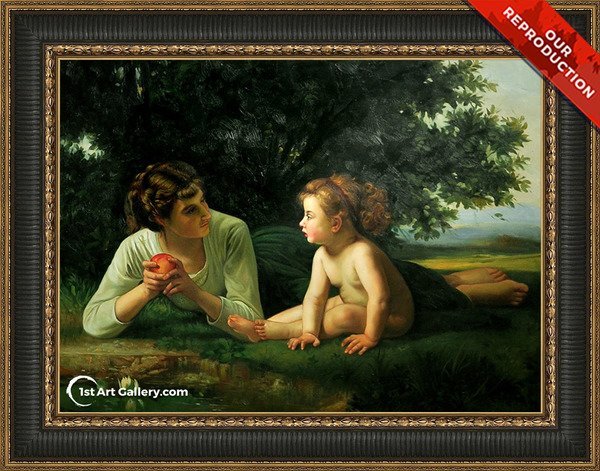 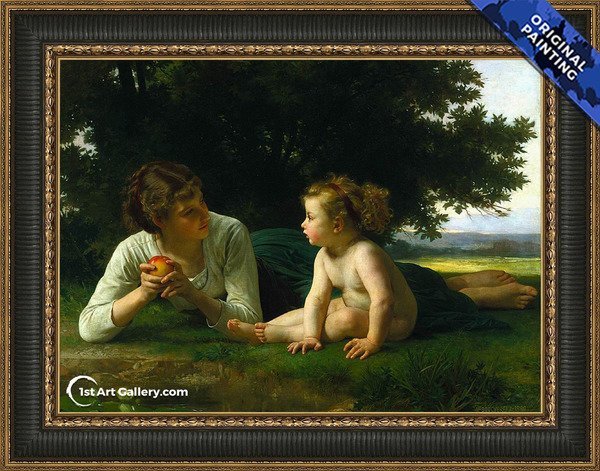 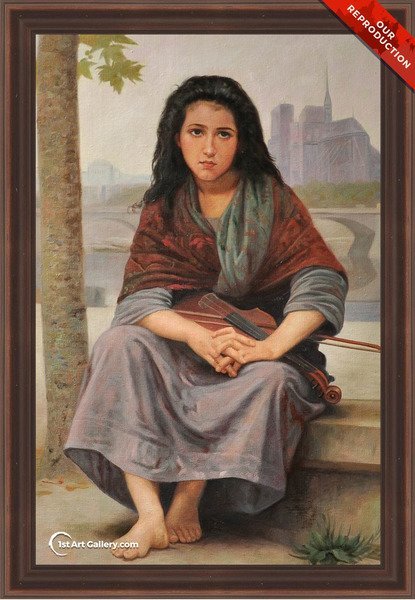 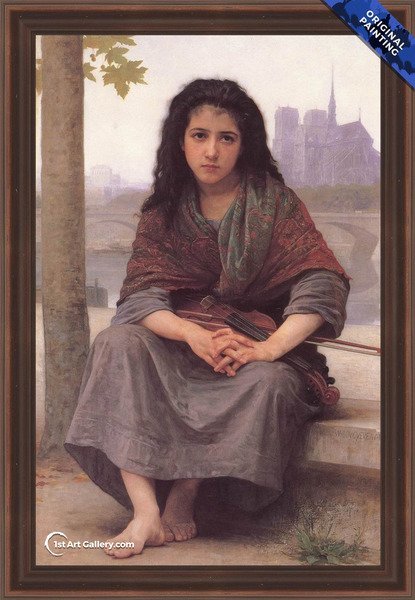 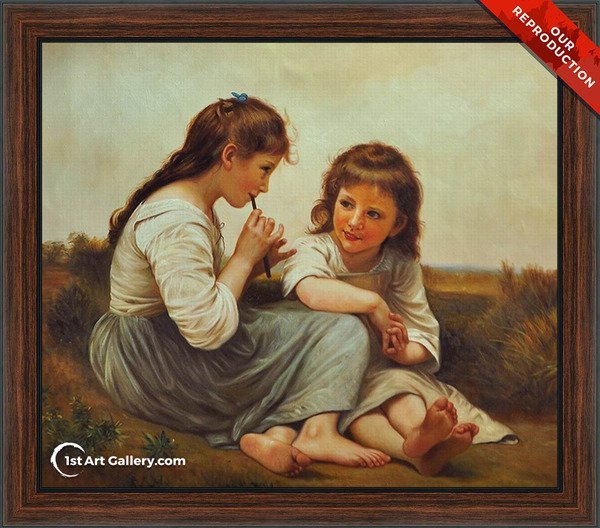 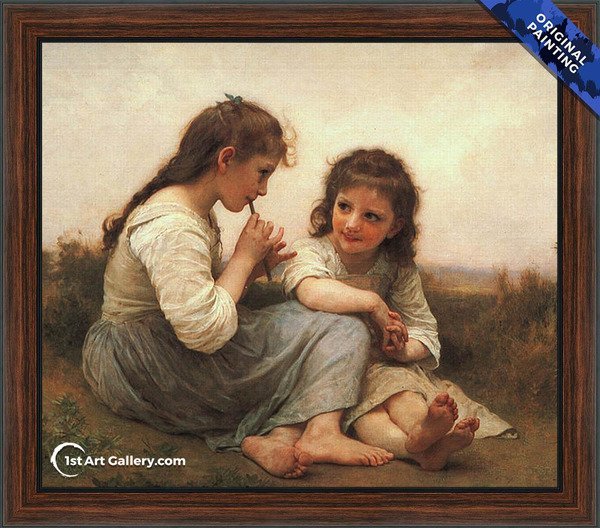 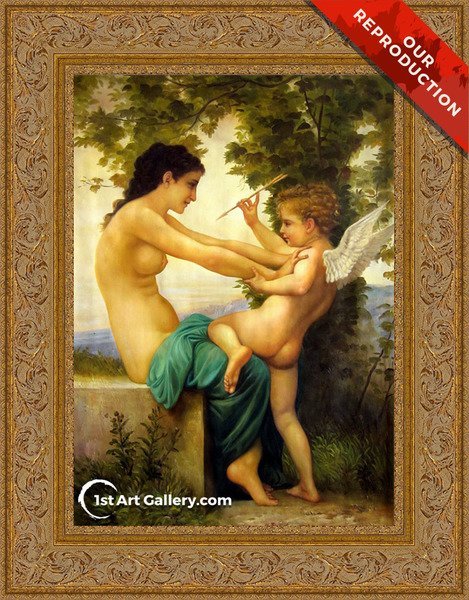 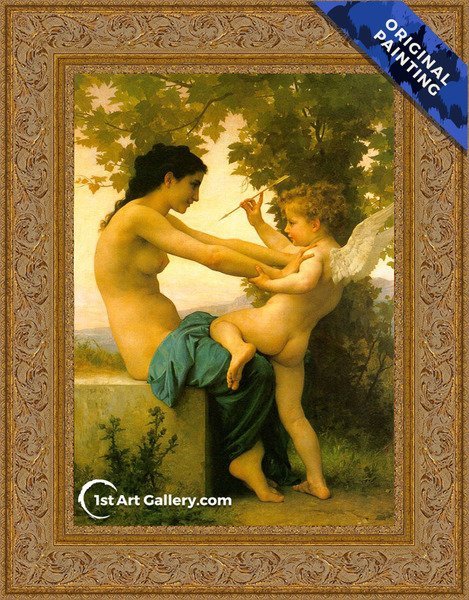 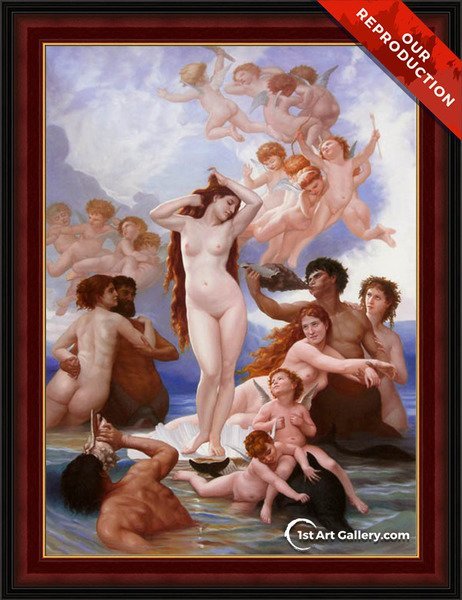 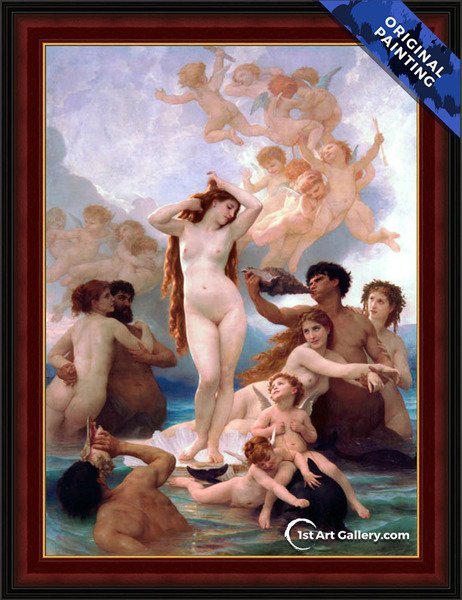 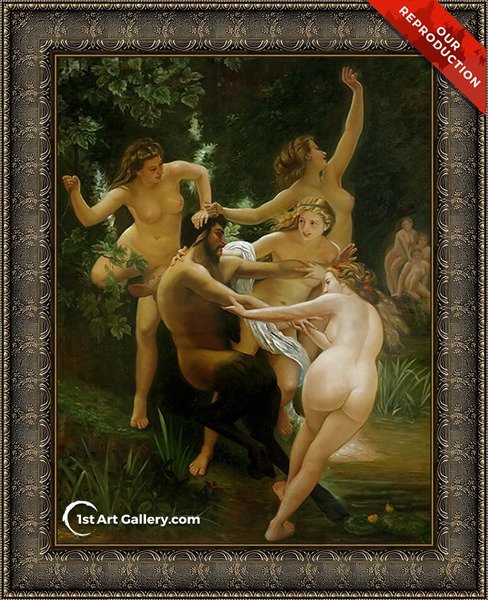 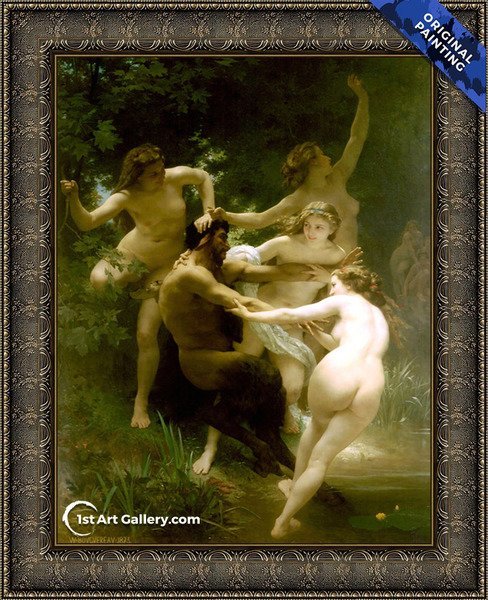 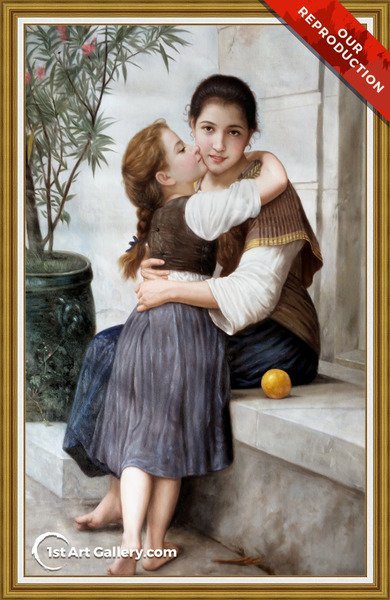 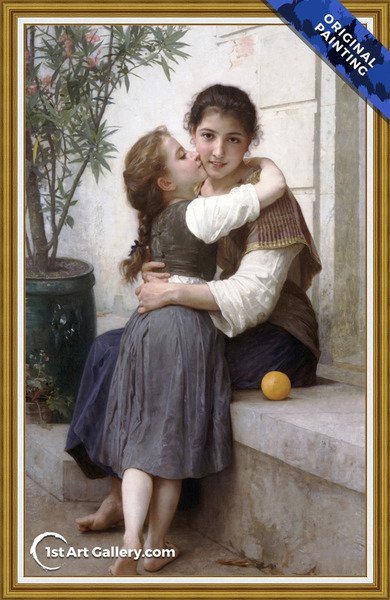