Winslow Homer painted the daring artwork entitled A Good Pool, Saguenay River in 1895. The American artist enjoyed traveling and the Saguenay – a major river in Quebec, Canada – was one of his locations. Themes of wilderness fascinated the artist, as he depicted the relationship between humankind and nature. He would often paint hunting or fishing scenes, not shying away from the harshness that they sometimes show. During this time, Homer was building his career but still had financial problems.

In A Good Pool, Saguenay River, the painter portrayed a dynamic fishing scene in watercolor. Homer had been working and perfecting this medium for many years, and eventually, he became very famous for his watercolor paintings. This artwork shows a large fish flying in the sky. At first glance, this work resembles a Surrealistic painting by Salvador Dali, but the flying fish is just Homer’s play on perspective. One of the men in the boat pulls on his fishing rod with his arm raised in the air. The line swirls throughout the canvas and pulls in a fish that is at the forefront of the composition, making it look bigger than the rowboat.

There are two other men in the boat, each rowing on each side. Their posture indicates a struggle against the force of the ocean, as it seems a storm is brewing in the air. The colors used on the fish are repeated in the landscape, creating a beautiful harmony in the artwork. The water in the forefront is primarily gray and black – Homer only used blue on the ocean in the background. In the far distance, the artist depicts what seem to be snowy mountaintops with white, ochre and light blue pigments, but they could represent clouds. The sky is black and gray, just like the forefront, creating unity.

Homer experienced a change in his way of portraying nature after his trip to Cullercoats in 1881 which marked his life and art profoundly. He stayed in a fishing community where the families struggled to have a decent living. The men would risk their lives out at sea while the women would work hard and wait for their husbands to arrive. Homer’s sunny seascapes began to become darker and depict humankind’s struggle with nature.

If you have any request to alter your reproduction of A Good Pool, Saguenay River, you must email us after placing your order and we'll have an artist contact you. If you have another image of A Good Pool, Saguenay River that you would like the artist to work from, please include it as an attachment. Otherwise, we will reproduce the above image for you exactly as it is. 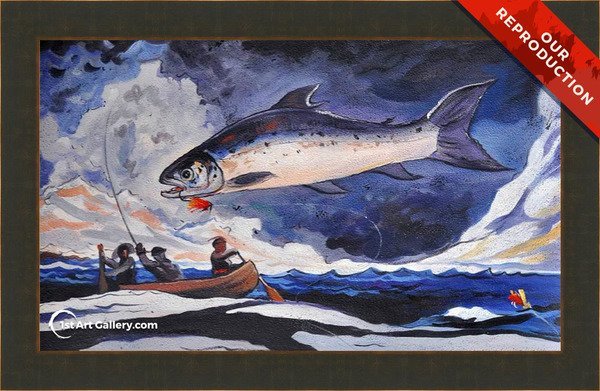 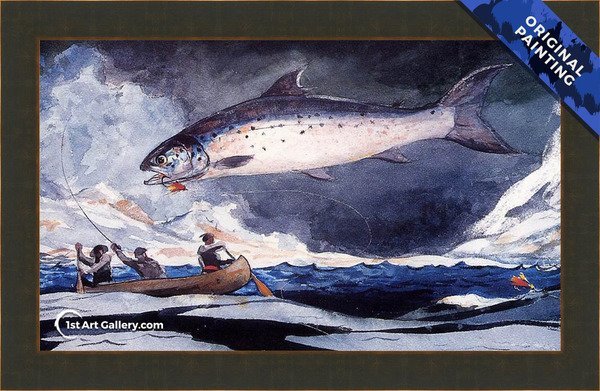 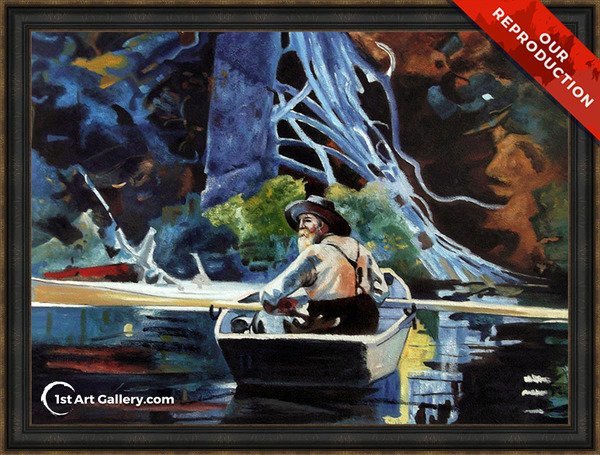 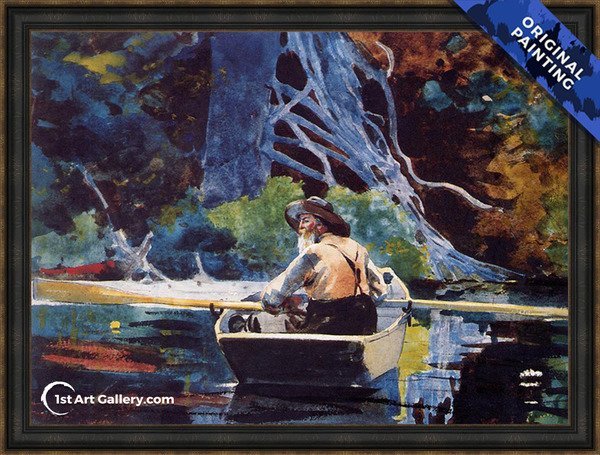 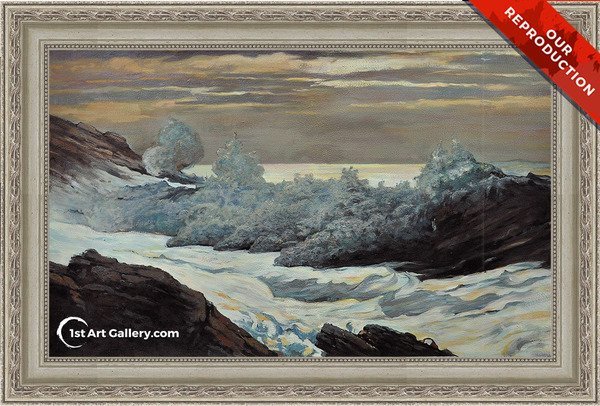 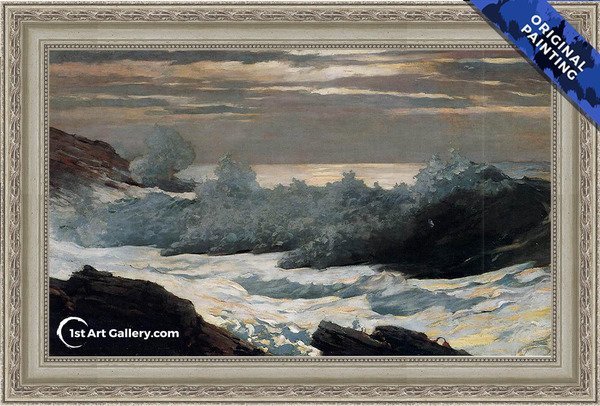 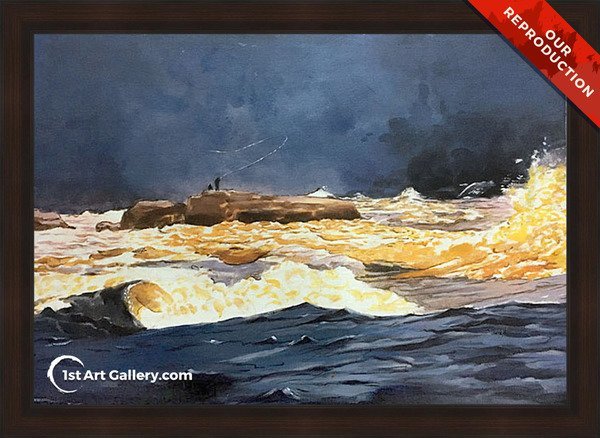 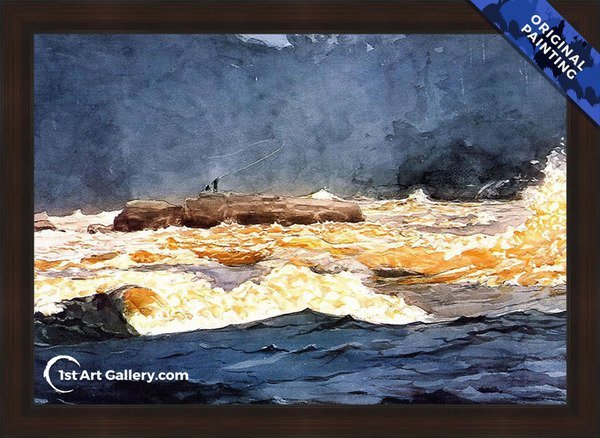 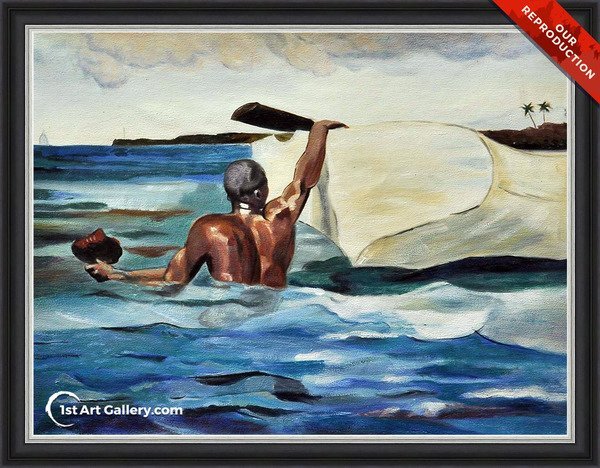 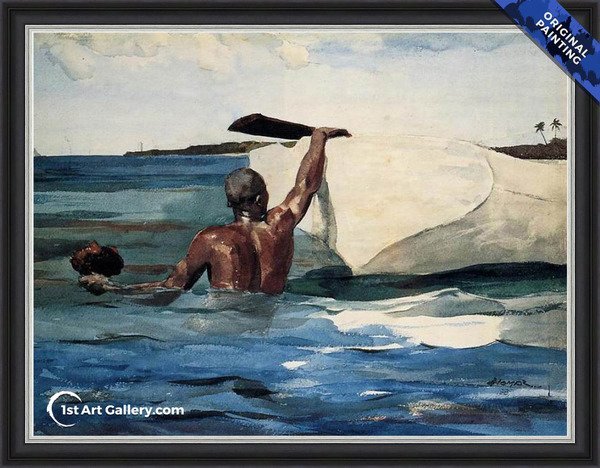 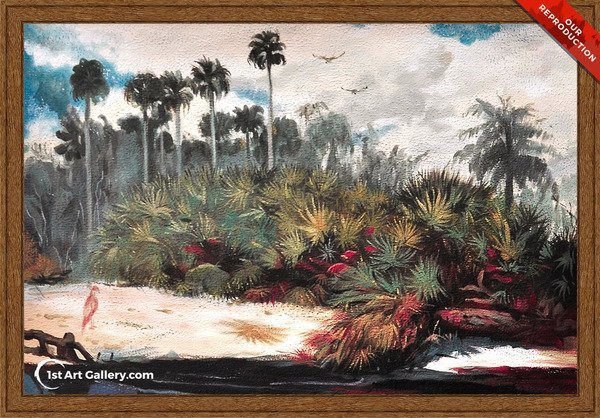 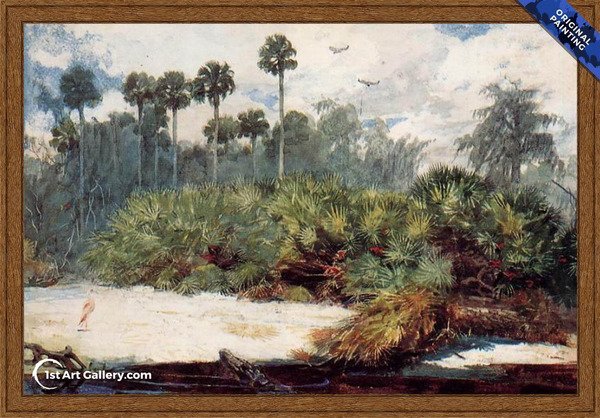 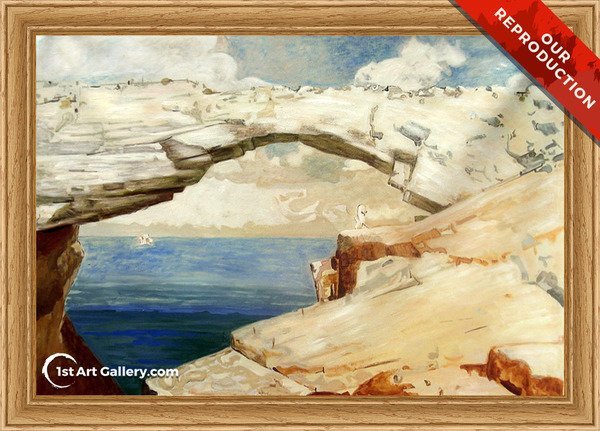 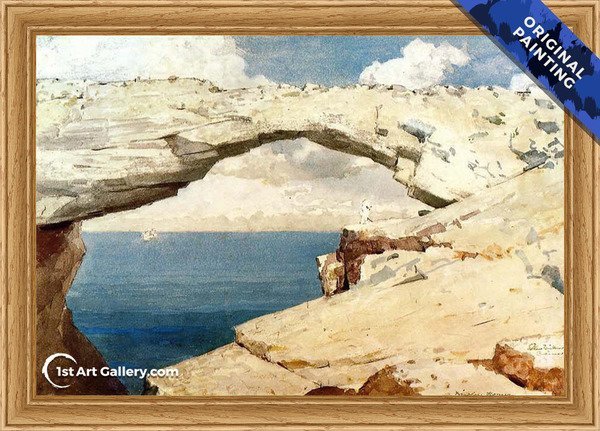 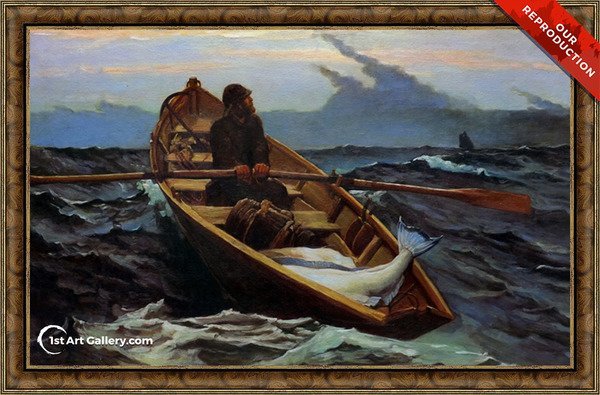 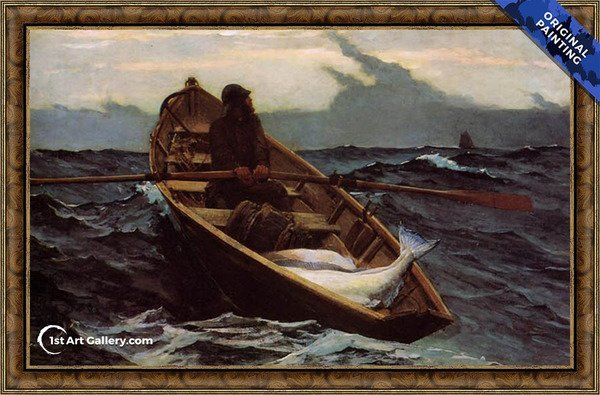 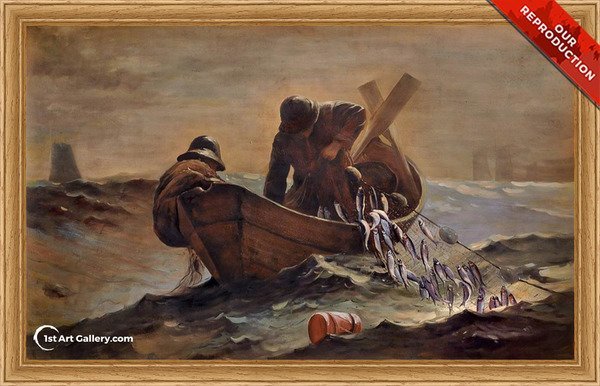 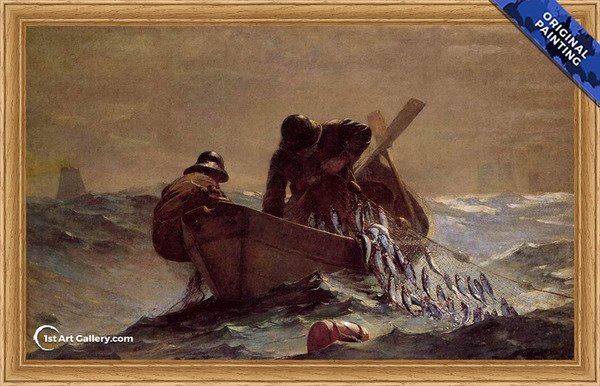 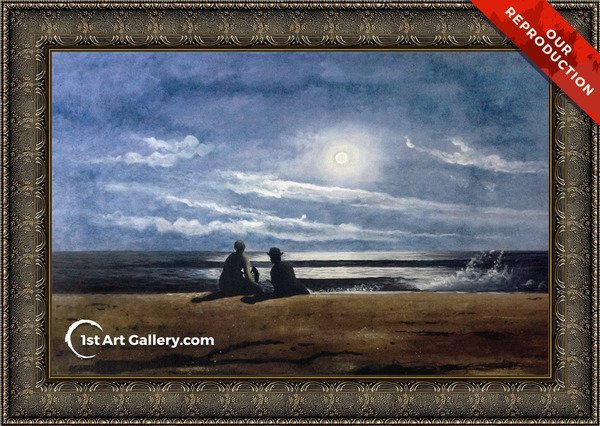 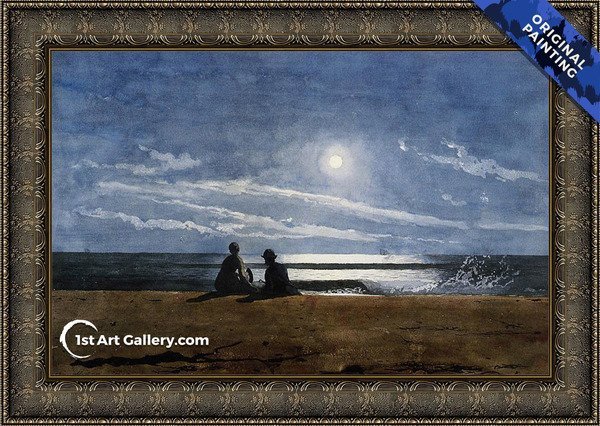